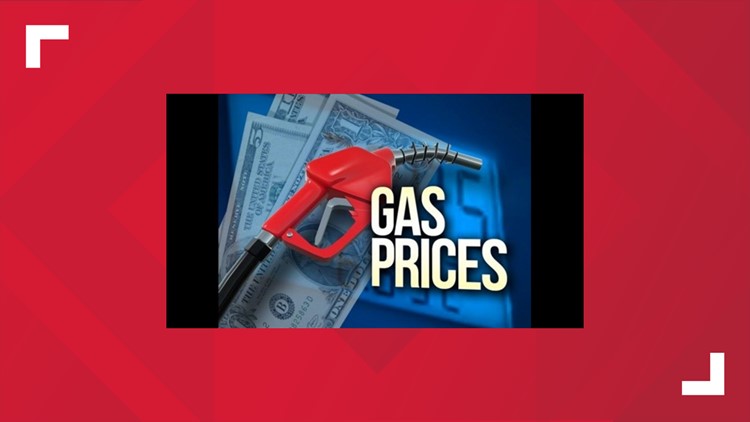 For the first time in quite a while... Midland/Odessa is NOT paying the most at the pump

TEXAS, USA — The statewide gas price average in Texas is $2.46 for a gallon of regular unleaded fuel, according to the AAA Texas Weekend Gas Watch. That price is 8 cents more than on this day last week and is 19 cents less per gallon compared to this day last year.

Of the major metropolitan areas surveyed in Texas, drivers in El Paso and not Midland are now paying the most on average at $2.76 while drivers in Amarillo and Brownsville/Harlingen are paying the least at $2.31 per gallon. The national average price for a gallon of regular unleaded is $2.75, which is seven cents more than this day last week and 11 cents less than the price per gallon at this same time last year.

For the second straight week, gas prices increased in nearly all Texas cities surveyed by AAA. While prices recently began an upward swing, drivers in the Lone Star State will still save at the gas pump compared to Independence Day last year.

“While gas prices are increasing, Texas drivers will still pay less for gas this Independence Day compared to one year ago,” said Daniel Armbruster, AAA Texas spokesperson. “The statewide average is 19 cents cheaper per gallon today than compared to this time last year. Drivers can save on fuel by downloading the AAA mobile app to help them find the cheapest gas in their area.”