After eight months of surgeries, radiation and chemo 6-year-old boy is cancer free

Wednesday was the day Logan's family has prayed for since he was first diagnosed. 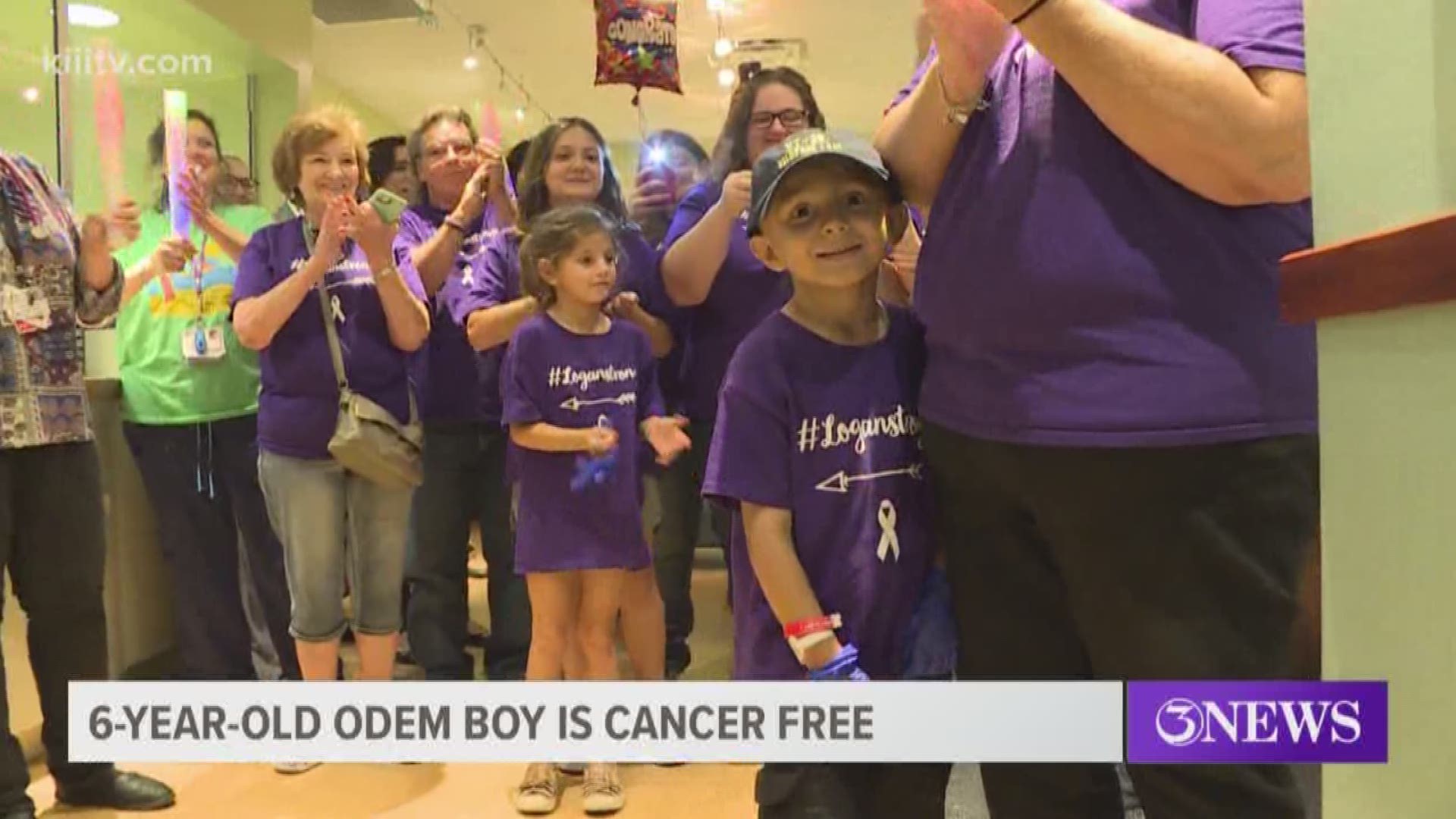 For months Logan Martinez had kidney cancer, but his family said as of Wednesday he is officially cancer free.

A unique tradition at Driscoll Children's Hospital is for patients to ring a bell three times to say they've successfully beaten cancer.

It was Logan's turn to ring the bell after eight months of surgeries, radiation, and chemo.

Wednesday was the day Logan's family has prayed for since he was first diagnosed.

According to Logan's family, back in October doctors found a wills tumor on one of Logan's kidneys.  The next day both his kidney and the tumor were removed, but doctors found cancer has spread to his lymph nodes and lungs.

Due to Logan's frequent trips to the hospital for treatment, he had to be pulled out of school.

"He hasn't been able to do stuff with us because of all this, and now he can so he's really excited and so am I," sister Jessica Mendez said.

Logan's story quickly spread across social media, and the community did what they could to lend Logan their support.

The Odem football team dedicated their season to Logan, Hooks players went to see him at the hospital, and he was an honorary pilot for a day at NAS-Corpus Christi.

Logan's family is moving to Banquete, where he will start kindergarten in just a couple of months.