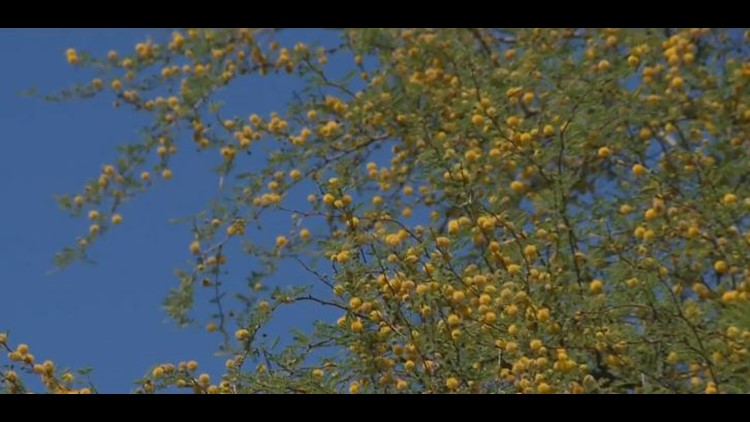 Springtime allergies and what you need to know

MIDLAND, TX (KWES) - It is the first day of spring, also known as the spring equinox, the International Day of Happiness, and the start of allergy season.

“Springtime is usually trees, summer is usually pollen, and then, wintertime is more of weeds, ragweed is a big one,” said Dr. Raphael Nwojo, an ear, nose, and throat specialist at Medical Center Hospital.

Histamines are deployed to fight off allergens, the underlying cause for your stuffiness.

“It makes you itch, it makes your eyes red," said Nwojo. "It makes the tissue swell, you know, when they are exposed to something they are allergic to. They have this itching, congestion, runny nose response.”

There is an effective and accessible way to fight off the allergies.

“A steroid spray will do the job of an antihistamine and all the other cytokines that are not common that the laypeople won’t hear about, including Flonase and Nasacort, " said Nwojo. "Most of them are over-the-counter now.”

Unlike most steroids, the ones used to fight allergies won’t give you any side effects because they are topical and aimed at a specific problem to be treated.

The common cold has similar symptoms, but it lacks the itchiness that comes with an allergy.

Unfortunately, over time that cold could turn into a sinus infection.

“The difference with an infection is that you have this pain over your cheek sinuses, your forehead sinuses and that drainage that is clear turns into yellow," said Nwojo. "That’s actually puss.”

It is advised that you get checked by an allergist to discover the root cause of allergy problems.

They can identify what you are allergic to, and take steps to preventing future problems.