It was a night of reflection on the young girl who captured the heart of a community. 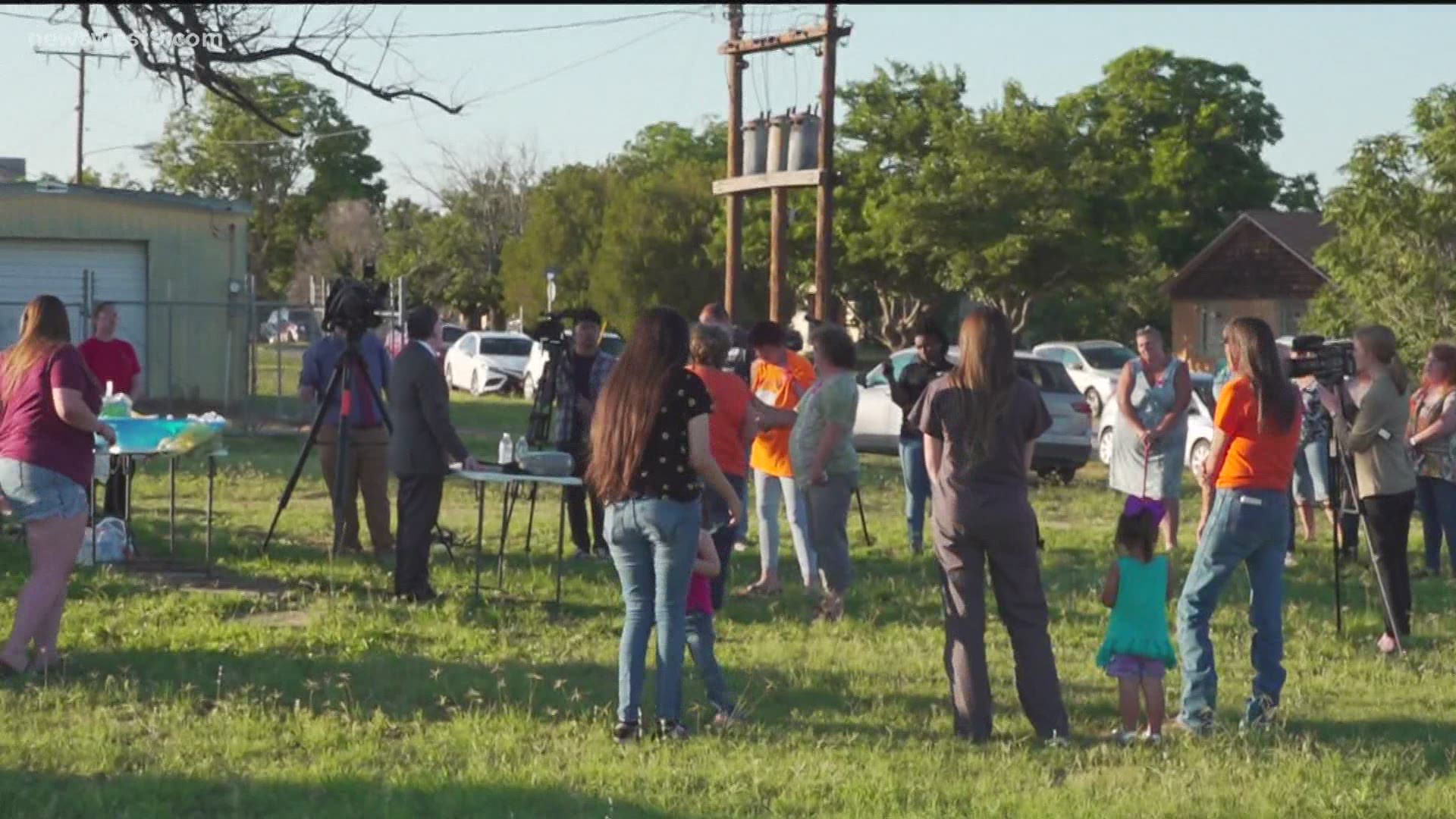 A vigil was held in Colorado City on Tuesday night where Hailey Dunn’s home once stood.

It was a night of reflection and remembrance of the young girl who captured the heart of a community.

In attendance were several community members, a preacher and members of the original search team that helped look for Hailey in 2010 when she was reported missing.

One of Hailey's best friends spoke and shared some of the memories that she had of her.

She described her as a very bright, caring and loving person. She said that anyone that was around Hailey was guaranteed to be smiling or laughing, that was just her personality.

Many people in the crowd were wearing orange shirts and there were orange and purple balloons hanging from one of the tables. Those colors were chosen by Hailey's class in her memory. Orange was the color the search team wore, and purple was her favorite color.

Orange and purple ribbons could also be seen on people’s lapels.

Our team had the chance to speak to members of the search team who have been on this since day one, in 2010.

"I don't want to see this turn out like Caylee Anthony's case,” Hailey Dunn search center member Terrye Sanders Newcomb said. “I said that from day one. If they arrest him and they go to court and stuff, I want them to have their rock-solid evidence. I don't want him to walk free.”

The ultimate wish for everyone there was that justice truly be served when this is all said and done.