“It’s frustrating to know that those resources are having to be reallocated to areas that we wouldn’t have to do with another administration." 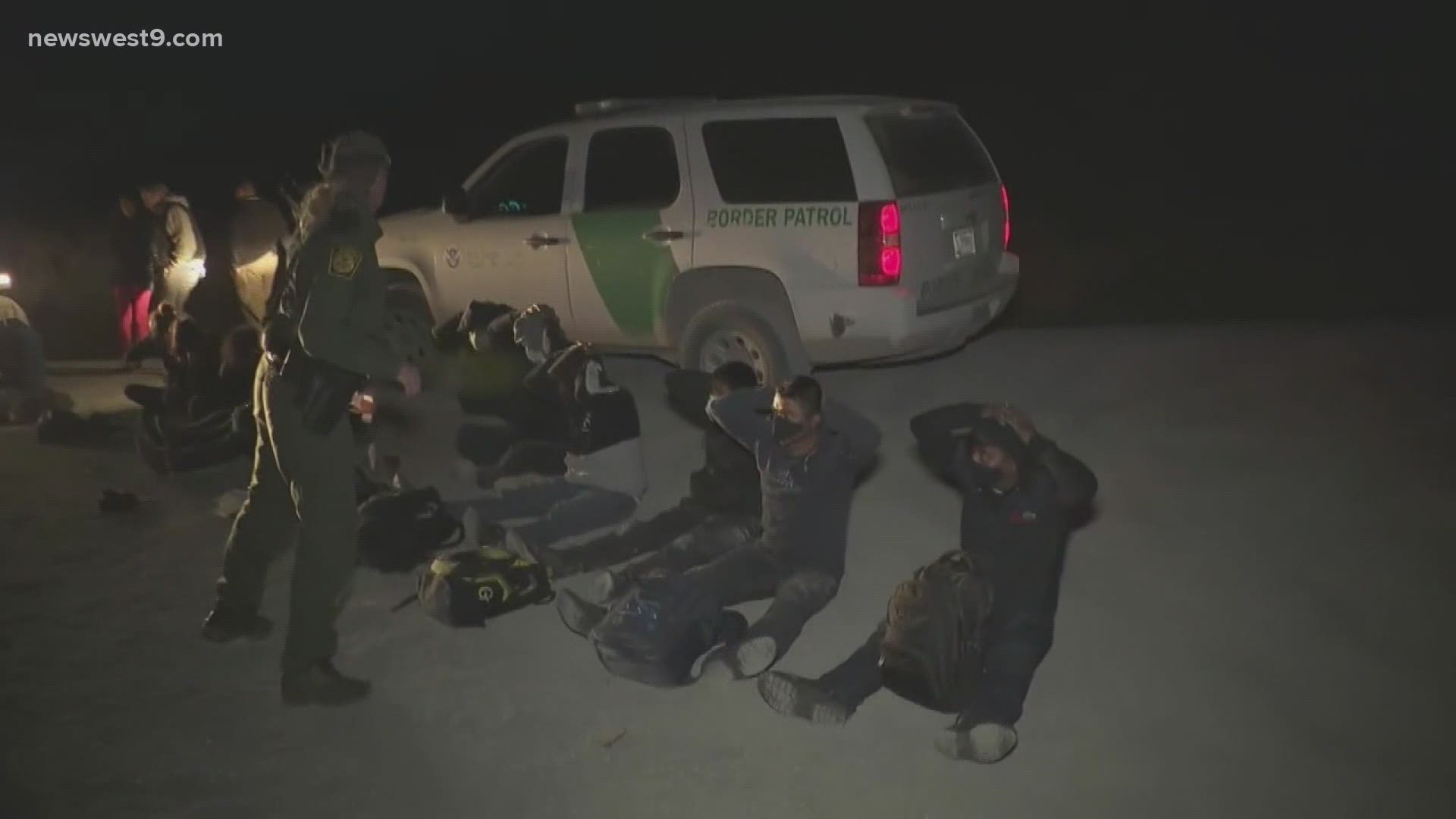 MIDLAND, Texas — More and more people are flooding to the Texas-Mexico border.

With no sign of migration slowing down, state agencies, like the Department of Public Safety are sending troopers from the Basin to assist Homeland Security’s efforts.

The spokesperson for DPS, Sergeant Oscar Villarreal, tells us it is very common for troopers to go and assist during certain situations.

It can involve anything in the state of Texas from hurricanes, to riots, to mass shootings.

Well the current situation? The border.

Since January there have been over 531,533 people apprehended at the U.S.-Mexico border.

The influx has left U.S. Customs and Border Protection in dire need of help.

“It’s worse and it’s getting worse by the day," Victor Avila, retired ICE and Homeland Security Special Agent, said. "Texas DPS has done an awesome job supporting our border agents because our agents are overwhelmed in dealing with the migrants, the children, the family units coming in.”

According to the Midland and Ector County judges, DPS has sent a number of its 100 troopers stationed in Midland and Odessa to assist federal agencies at the border.

As to how many? DPS would not disclose.

But it is enough that leadership here is worried.

“During the energy boom, we had a lot of DPS officers that were deployed to the Basin to help with traffic control," Debi Hays, Ector County Judge, said. "Well, those officers have now been reassigned to the border area so we don’t have those extra officers here on the street helping our community."

Midland County Judge Terry Johnson tells us normally there are about 50 DPS officers in Midland.

“That number has been drawn down substantially because most of them have been reassigned down to the border...so yeah this is affected us here,” Johnson said.

The county judges tell me without the troopers, it is up to local police and sheriff’s deputies to pick up the slack.

The solution is simple for Judge Hays, she wants the Biden Administration to close the border.

“It’s frustrating to know that those resources are having to be reallocated to areas that we wouldn’t have to do with another administration," Hays said. "But with the current administration, we have our borders are open."

As to when those troopers based in Midland and Odessa will return?

DPS would not say.

But the spokesperson for DPS did emphasize that these troopers are not moving to the border permanently, they are just temporarily assisting the federal agencies there.