Just how many migrants are really trying to get into the US?

One immigration expert says how Border Patrol counts migrants arriving in the United States may not provide an exact picture of what is going on. 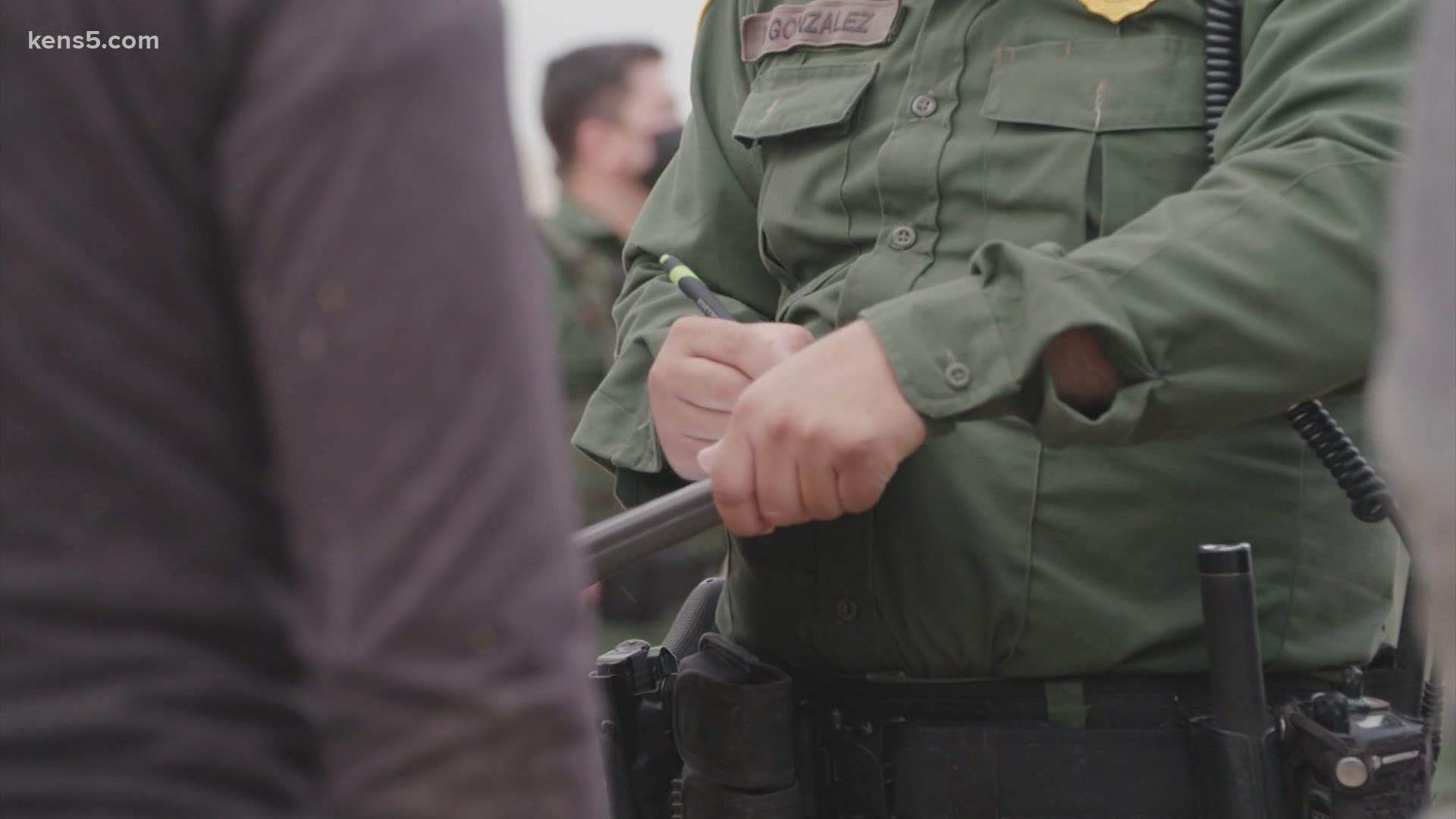 HIDALGO COUNTY, Texas — By his own count, Vyron Perez has crossed into the U.S. from Mexico five times in the last three months.

When the 38-year-old from Honduras spoke to KENS 5, he was near the border wall in Hidalgo County, apprehended for the fifth time by Border Patrol near a field of crops. He admitted he was trying to run.

“We ran a little when we saw it (a Customs and Border Protection helicopter). We tried hiding a little, but we didn’t go in (to the field), we just stayed there," he told KENS 5. "We knew we were going to get caught. Why try?"

“There’s been times that I’ve been caught around 10 at night and returned around 3 in the morning. I haven't been here for more than 24 hours,” Perez added.

Perez is not the only one in this group of men who’s tried to cross repeatedly.

KENS 5 was able to see this group and talk to them during a ride along with Border Patrol in the Rio Grande Valley recently.

Border Patrol Agent Jesse Moreno, with Rio Grande Valley communications, addressed the group in Spanish at KENS 5's request, asking them to raise their hand if this wasn't the first time they were detained by Border Patrol.

According to statistics provided by CBP officials, most of the people who cross into the United States are expelled under Title 42, a Centers and Disease Control Prevention rule from 1944 which former President Donald Trump implemented and the Biden administration continues to use. It allows federal law enforcement to remove people to keep COVID-19 from spreading.

In April, CBP said it encountered 178,622 persons trying to cross the Southwest Border, a 3% increase over the previous month. CBP said these are mostly single adults. More than 62% of the people trying to enter were expelled under Title 42, CBP said in a press release.

“It makes it more difficult to get a full sense of an exact number of people who are coming to the border,” said Aaron Reichlin-Melnick, an expert in border and immigration court issues at American Immigration Council. “It's impossible to tell with any exact details how many people have crossed the border and what happened to them and their cases.”

Reichlin-Melnick said this is not a new practice. The way the statistics are presented to the public can overstate the number of people who are arriving at the border, he said.

Border Patrol officials told KENS 5 they typically release the percentage of people who’ve crossed more than one time – referred to as the "recidivism rate" – once a year.

However, when publishing March's apprehension numbers, CBP stated in a press release that of the 103,900 individuals expelled under Title 42, 28% had been previously removed under the same authority.

“It does happen when we see individuals that have been ‘Title 42ed’ and then we see them again,” said Border Patrol Agent Moreno.

Recidivism is not a new trend, he said.

“Each person each entry is counted regardless if they've been apprehended before,” said Border Patrol Agent Moreno. “Regardless of its recidivism or not, the current statistics are accurate. Just because it does take many hours to go out there and to intake, take people's information, biographical information, and then to put them into the system and transport, housing and then transport them out of our facilities. So, it is a very daunting task.”

Perez told KENS 5 he was a coffee grower in Honduras, forced to leave his land and family

“Your goal is to get here, work, support your family, your kids, your parent,” he said. “Nobody wants to live in extreme poverty like the one we have today in our countries.”

CBP has said the number of encounters at the border have been on the rise since April of 2020 because of violence, food insecurity, poverty, and natural disasters in Mexico and the Northern Triangle countries of Central America.