Bringing deported veterans back home is a conversation the U.S. has been having for a number of years. DHS & several members of Congress are working on it. 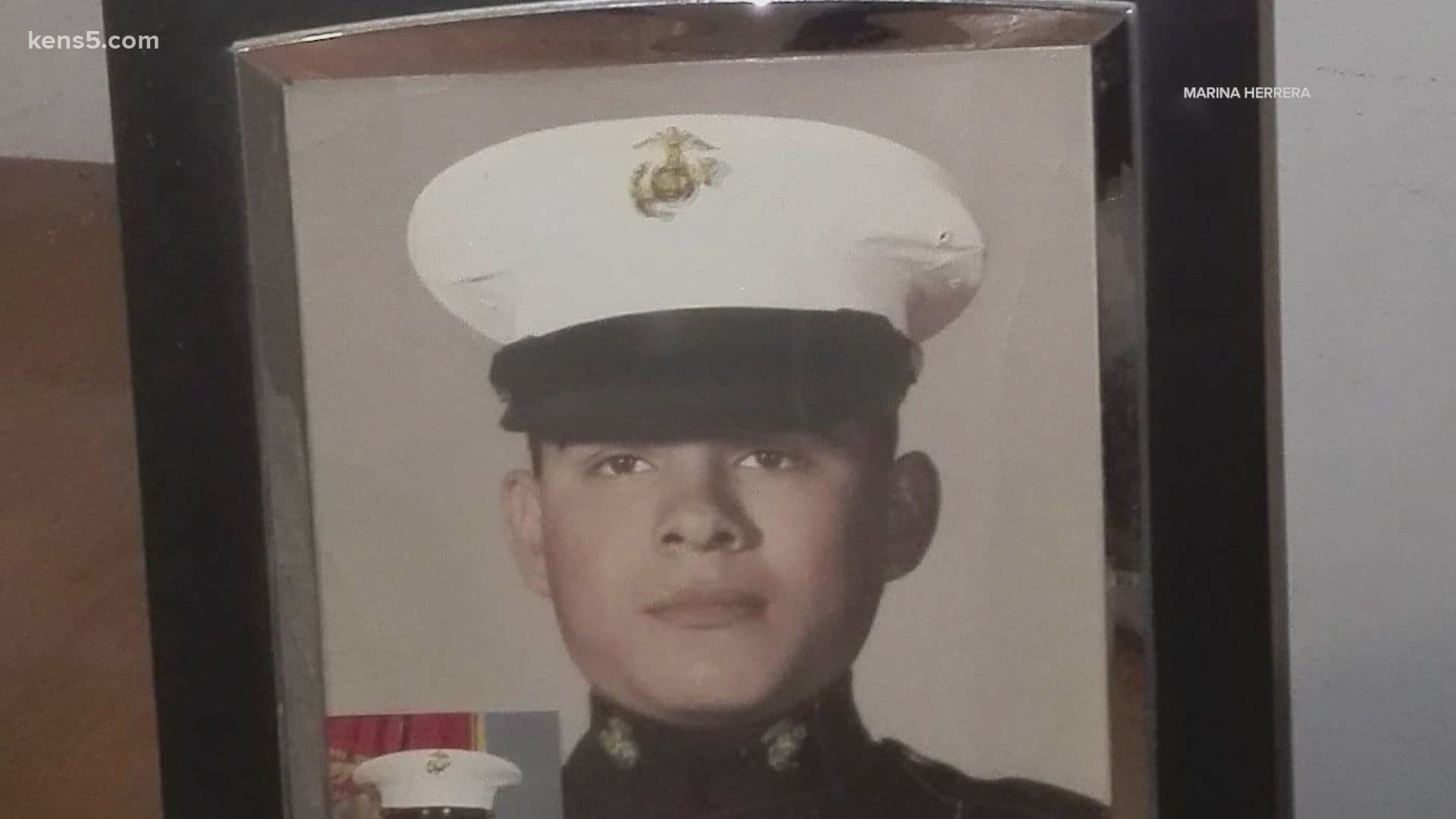 AUSTIN, Texas — Call it being practical, realistic or 70-something with a life of experiences.

But after 20 years of being banned from home, Jose Maria Martinez is measured about the renewed possibility he and other deported veterans could be allowed back into the United States.

"Another 20 years ain't gonna kill me," he told KENS 5 from his store in Nuevo Progreso. "Only God can kill me—not kill me, but take me home."

On July 12, Congressman Vicente Gonzalez, a Democrat from McAllen, reintroduced the "Repatriate our Patriots Act," an effort that would open the way for some deported veterans to return to the United States. He was joined by Republican Congressman Don Young from Alaska

The bill is supported by multiple lawmakers on both sides from across the country.

According to Gonzalez's press office, the bill would allow honorably discharged veterans to go through the naturalization process overseas. Veterans convicted of violent crimes, such as murder, rape, sexual abuse of a minor, child abuse, and or treason would not be allowed back into the U.S.

"Everybody agrees that we should not be deporting someone who wore a uniform and fought for our freedom," Rep. Gonzalez said. "It's been happening for decades. It's happened under the administration of both parties. Many of these are highly decorated veterans who come back with high levels of PTSD, maybe get in a fight, get in an altercation, and next thing you know, find themselves deported to foreign countries around the world. And I can't think of anything more appalling than to deport an American veteran."

“I am paying for a mistake that was really a little mistake, I'm paying dearly for it,” Martinez told KENS 5.

“I got caught with marijuana twice,” he said. “I was sentenced to five years in the federal prison. I did my five years. And then when I was getting ready to get released, they tell me I was going to be deported because. I was not a citizen.”

Martinez disputes that. But to this day, he can’t cross the bridge from Nuevo Progreso where he lives into the United States to see his family. For 20 years, they’ve been coming to visit him.

“I would love to be able to go back to the United States in a way that I want to be able to visit my family, receive my benefits, die peacefully,” he said.

“He missed out on so much of my daughter growing up,” said Marina Herrera, Martinez’s daughter who lives in Austin.

She said Martinez was deported shortly after her daughter was born.

“When I found out about Mr. Mayorkas' announcement that the Biden administration was going to look into bringing back our deported veterans,” Herrera said, fighting back tears. "The thought of having my dad back home, I was crying, shaking like I am now. I was in tears.”

On July 2, The Department of Homeland Security said it will start working on bringing back eligible deported service members and their families

“The Department of Homeland Security (DHS) recognizes the profound commitment and sacrifice that service members and their families have made to the United States of America,” said Secretary of Homeland Security Alejandro N. Mayorkas in a press release. “Together with our partner the Department of Veterans Affairs, we are committed to bringing back military service members, veterans, and their immediate family members who were unjustly removed and ensuring they receive the benefits to which they may be entitled. Today we are taking important steps to make that a reality.”

The press release also said, “USCIS, ICE, and CBP will develop a rigorous, systematic approach to review the cases of individuals whose removals failed to live up to our highest values. USCIS, ICE, and CBP have also committed to protecting and expanding naturalization opportunities for current and former noncitizen service members and the immediate family of military members.”

Herrera knows the change is not imminent, but -- call it love or hope -- she clings to both because she wants her dad back.

“It's an emotional roller coaster as well, as you can tell,” she said. “And it's something that I would just love to have my dad home.”

In June, Tammy Duckworth, a combat veteran and Democratic senator from Illinois, released a report on immigrant veterans.

According to the report, the government doesn’t keep an accurate record of the veterans it reports, saying Immigration and Customs Enforcement (ICE) does not maintain a complete database to track when veterans are placed in deportation proceedings or actually deported.