How do you move on? The Saragosa Tornado, 34 years later

May 22, 1987 saw the deadliest tornado in West Texas history, and it's still – understandably – a difficult subject. 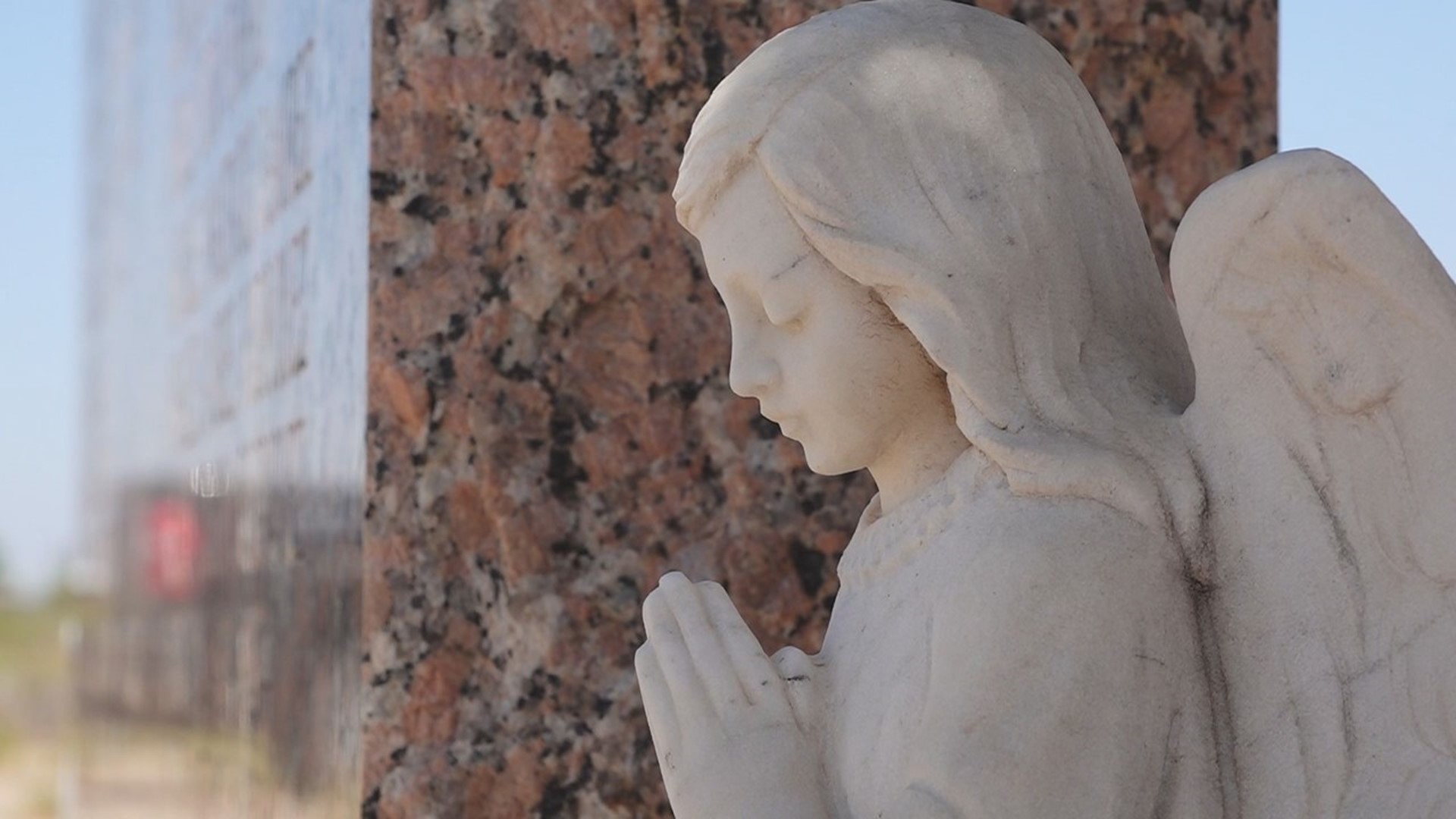 SARAGOSA, Texas — May 22, 1987 was a very dark day for the very small community. Perhaps the darkest.

Though it's been more than three decades, the events of that day are still fresh on the minds of those who lived through it.

An F-4 tornado, an EF-5 by today's standards, tore through the small West Texas town of Saragosa.

Alexa Sanchez was just a young girl when the tornado went through the community center. Her parents were two of the 31 people killed that day.

"So I just closed my eyes," Sanchez said. "It just sounded like a freight train. And after a while everything ended, they pulled us out, they stuck us, me and my sister, they put us in a police car until my grandparents could get there."

Most of the deaths occurred inside Saragosa Hall, the town's community center where a preschool graduation ceremony was taking place. Most people in there didn't even know the tornado was approaching.

Life was forever changed in just a matter of minutes. The tornado left incredible devastation, as far as the eye could see.

Alexa was one of the people inside who survived.

"The wall fell on top of us," Sanchez said. "And I believe my mom took the weight of the wall and that's what killed her. Because we still had space in between us, myself and my sister. And there was another lady right next to my sister and she had passed away right next to us."

Saragosa didn't – and still doesn't – have its own police or fire department. So the job of search and rescue fell to everyday people, who worked through the night to help the injured get the aid they needed, and recovered the bodies of those who didn't make it.

Victims were taken to hospitals all across the region, including to Reeves County Memorial Hospital in Pecos, where the mother-daughter duo of Donna Bechthold and Chrisi Bechthold Smith were working in the ICU.

"The radio was going off again," Bechthold Smith said. "And so I answered it again and this time it was 'there's a few more patients coming in,' and then the third call was pure, frantic panic."

121 people were injured. The town's population was only about 180 at the time.

Many people that night were treated and released, but others were not so fortunate.

"They came by ambulance, they came by pickup truck, they came by car, they came in every way that you could transport people," Bechthold said. "We had several deaths. We had the morgue set up in the physicians lounge and in the purchasing department. And we had staff that were stationed there to get the identification as quickly as they could."

For those who survived, as injured and as filled with grief as they were, there was another problem. The tornado left the entire town in ruins. Everything they owned was gone.

The question then became how to rebuild? How to move forward?

When I went down there this week, they were getting ready for another preschool graduation.

That's the thing about time; it always moves on.

Even though so much of it has passed and the community has returned to a sense of normalcy, Saragosa still bears the scars of the 1987 tornado on both the concrete foundation where the community center once stood, and on the hearts of those that still call Saragosa home.

The lives lost in 1987 will never be forgotten. Their names are forever etched into stone memorials, and into a community forever changed.

In Saragosa, Texas, there is a constant reminder of how life can change in an instant. And of course, the struggle to find an answer to the now ever-present question for a town still reeling from a storm long since past: how do you move on?

RELATED: Midland firefighters' warning to West Texas when it comes to severe weather

RELATED: Town preparing for ceremony for 30 victims of 1987 deadly tornado