The athletes say there can be no inclusive events in Idaho because of controversial legislation Idaho Gov. Brad Little signed in May. 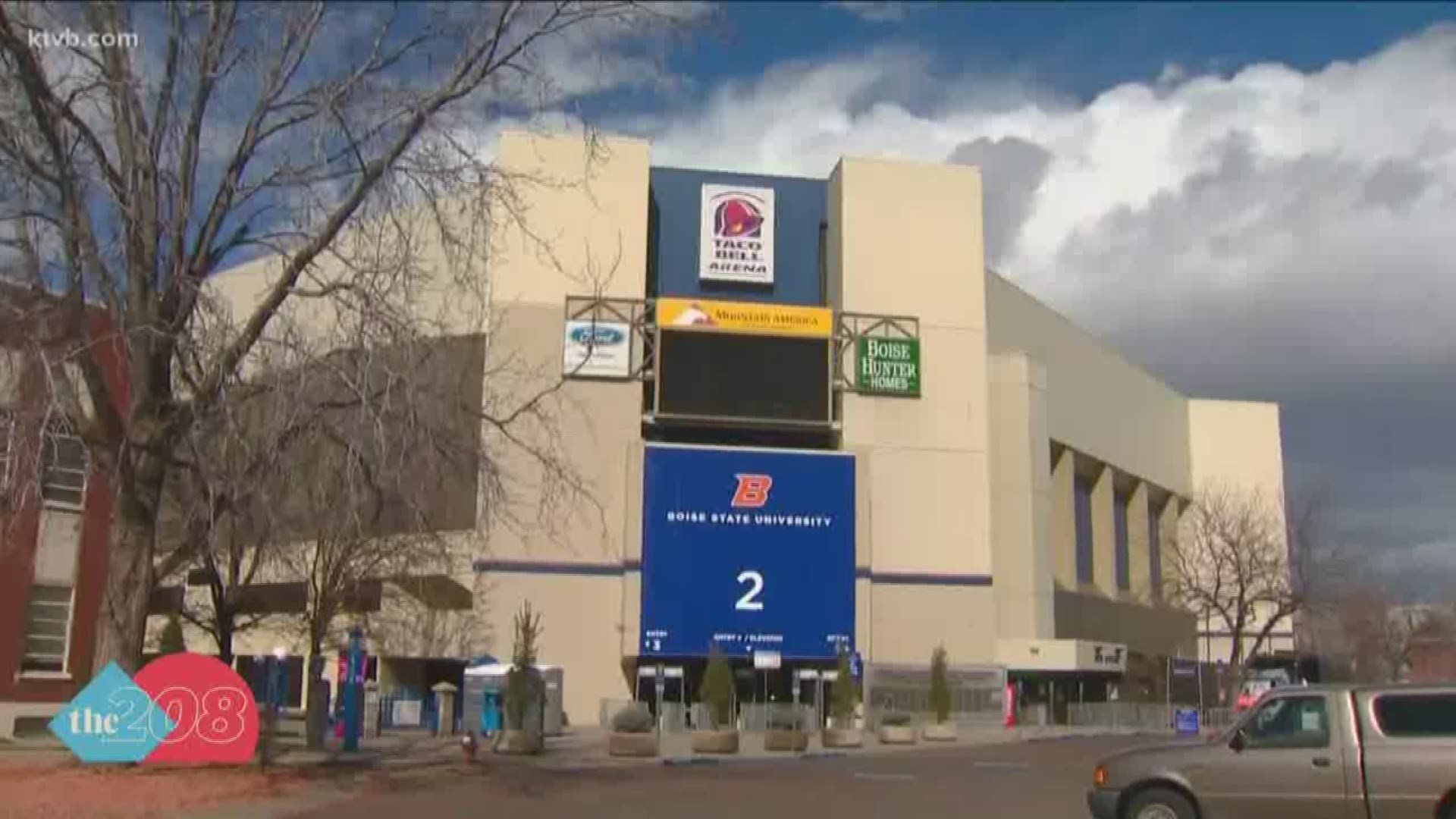 BOISE, Idaho — Idaho's anti-transgender legislation, the Fairness in Women's Sports Act, won't officially become law until July 1, but it's already ruffling the feathers civil and women's rights groups and dozens of professional athletes, as well as a coach and student-athlete at Boise State, are now urging the NCAA to move the first and second rounds of the NCAA men's basketball tournament out of Idaho.

House Bill 509, which Governor Brad Little signed in May, will require high school girls to prove their gender to participate in high school sports through a genital exam, DNA test, or testosterone levels test.

"As the unifying governing body of college athletics, the NCAA has tremendous power in setting the standard for how values of diversity and inclusion can be reflected in policies and practices, and inspiring athletes, teams, schools and other institutions to do the same," the letter said. "This is the time for the NCAA to stand with us on the right side of history, in support of the rights of all athletes in Idaho to compete in the sports they love."

In 2016, the NCAA moved championship games out of North Carolina in a stand against anti-LGBTQ discrimination in the state.

"With the passage of HB500, there can be no inclusive championships and events in Idaho. Failure to move championship events out of Idaho would contradict the NCAA's core values and would be an implicit endorsement of Idaho's discriminatory law.

"Since the beginning of competitive sport, we have become a better and stronger global athletic community by expanding access, not by withholding it. With this letter, we ask the NCAA to stand with their commitment to inclusivity, and move all events out of Idaho."

Rodrigo Heng-Lehtinen with the National Center for Transgender Equality says what these athletes are asking for is consistent with what the NCAA has done in other places.

"To their credit, [NCAA] took a stand when North Carolina tried to single out transgender people for harm and so this is really consistent asking them to get out of Idaho," Heng-Lehtinen said. "If you have a ban like this, then their own athletes can't even be protected from harm even when they are in Idaho."

The American Civil Liberties Union, the ACLU of Idaho, Legal Voice, and Cooley LLP have sued the state of Idaho on behalf of Lindsay Hecox, a transgender student at Boise State University and Jane Doe, a cisgender high school student.

"Transgender people belong everywhere — and that includes in sports and in Idaho," said Arli Christian, campaign strategist for the ACLU. "While the lawsuit against the state of Idaho moves through the courts, it is important for everyone to speak out so that Idaho — and the rest of the country — sees how misguided and dangerous this law is."

"That [law] actually goes against NCAA policy," Heng-Lehtinen told KTVB on Wednesday. "The NCAA has explicit rules to ban discrimination so that every young person that wants to play sports can do so, but with house bill 500, now that contradicts their policy so we're asking them to move their tournaments to a place where all athletes can actually participate."

On Thursday, the NCAA responded to the letter with the following statement, saying its Board of Governors plans to discuss the legislation in August:

"As we have previously stated, Idaho’s House Bill 500 and resulting law is harmful to transgender student-athletes and conflicts with the NCAA’s core values of inclusivity, respect and the equitable treatment of all individuals. Further, Board of Governors policy requires host sites to demonstrate how they will provide an environment that is safe, healthy, and free of discrimination, plus safeguards the dignity of everyone involved in the event. As such, the NCAA Board of Governors was scheduled to discuss the legislation and its implications to student-athletes at its August meeting. NCAA championships are open to everyone, and the Association is committed to assuring that its events are safe and healthy for all who attend. It is our clear expectation that all NCAA student-athletes will be welcomed, treated with respect, and have nondiscriminatory participation wherever they compete."

House Bill 500, also known as 'The Fairness in Women's Sports Act' was introduced by Rep. Barbara Ehardt (R-Idaho Falls). She previously told KTVB that transgender athletes act as a "roadblock" for biological girls and women playing sports with other biological women.

The bill is not exclusive to transgender women. Transgender men will also be prevented from competing in sports against other men.

Ehardt told KTVB in February that allowing boys and men to compete in sports teams that align with their gender identity reverses nearly 50 years of advances for Idaho women.

"We really need transgender young people to feel safe and protected when they are in the care of adults and the NCAA has an opportunity to play here," Heng-Lehtinen said. "They have a chance to stand up for trans people so to see what's at stake here at the pocketbook, at public opinion, just like any other person in Idaho."

"Boise State has and will continue to follow NCAA guidance until the new state law goes into effect on July 1, after which all Idaho universities will follow the new law. The Attorney General will lead the defense of the law, in coordination with the Governor and legislative leadership."

“It’s profoundly ironic and deeply disappointing that a few female athletes—women who have clearly benefited from the athletic opportunities protected by Title IX—are now advocating to abolish female-only sports. Comparably fit and trained male athletes will always have physical advantages over females; that’s the whole reason we have girls’ sports as a separate category. If we ignore these clear biological differences, female athletes will lose medals, podium spots, public recognition, and opportunities to compete in the sports they love. Idaho’s Fairness in Women’s Sports Act was designed to protect fair competition and athletic opportunities for female athletes. The NCAA should ignore calls to punish the state of Idaho for courageously protecting the integrity of women’s sports.”

The nonprofit advocates for the right of people to freely live out their faith.

RELATED: 'It's not about our lifestyle, it's about sports': Idaho State University athletes speak out about transgender lawsuit