Many students and parents believe it was sexist because the video only depicted girls breaking rules. The video did not address the boys' dress code. 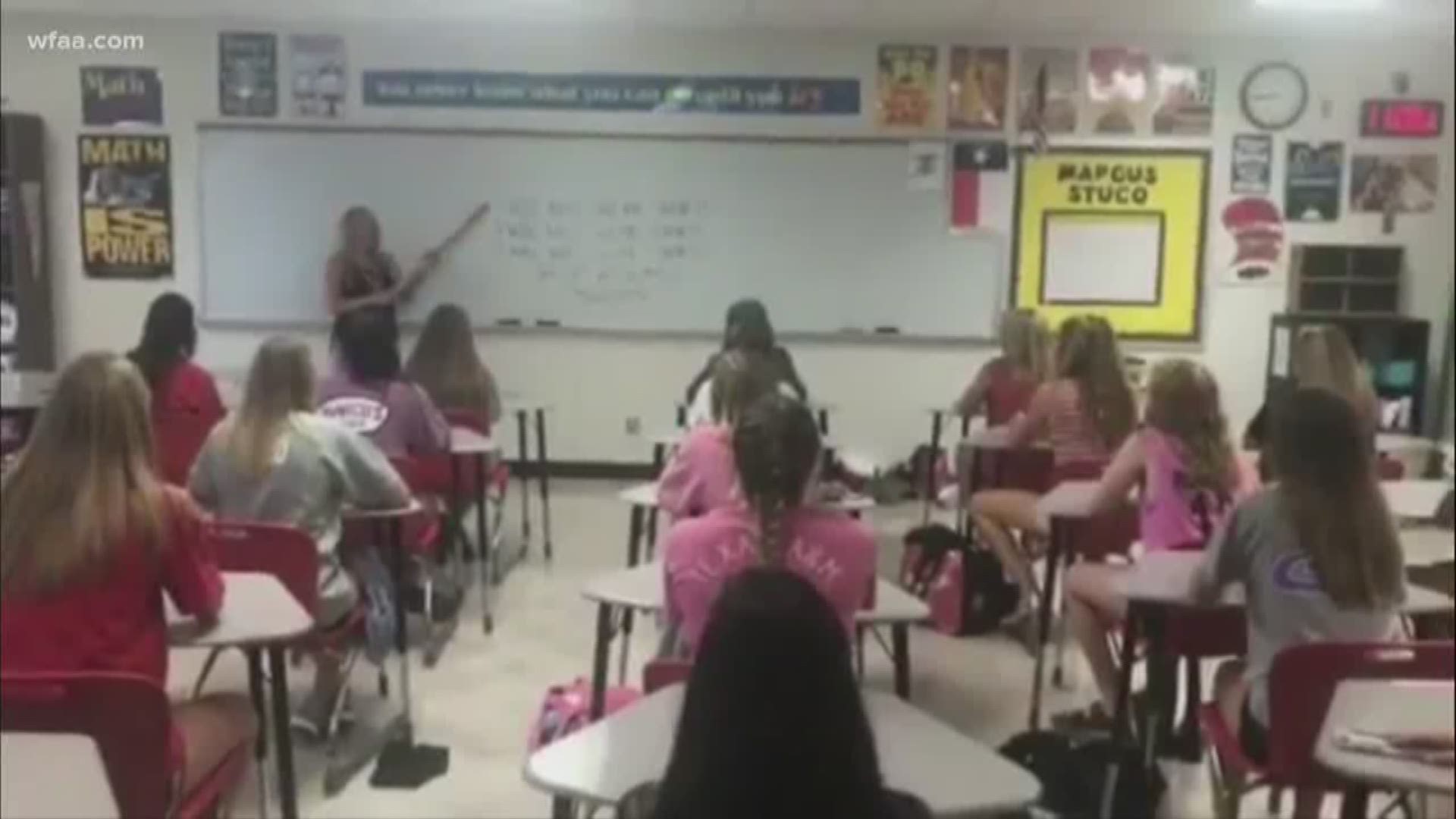 FLOWER MOUND, Texas -- A video showing teenage girls wearing shorts at school, then being punished and forced to repeat "I will not wear athletic shorts" drew outrage from many parents and students after it was shown to nearly 3,000 students in advisory, or "Marauder" period at Marcus High School Thursday.

The school says it was meant to reinforce the dress code. Many students and parents believe it was sexist because the video only depicted girls breaking rules. The video did not address the boys' dress code.

Seniors Catherine Moring and Nicole Hollowell were stunned. "They were zooming in on girls legs in the video. They were showing up close of the girls in shorts," said Hollowell. "They were doing this at the same time saying shorts were too sexual too be worn at school."

"This is oversexualization," said Moring. "We're not okay with this, we're not going to just let it happen and sit on the sidelines."

They said they asked a teacher to send them a link, then posted it to Twitter, where it has been viewed more than 30,000 times.

"Oh the mantra, that was ridiculous," Lauren Anderson said. "They showed no boys."

"It's like a PSA from like the '50s saying, 'Be a good girl,' so that means you can't wear shorts," said Marcus High School mom Lauren Anderson.

Her daughter, senior Alex Anderson, was also outraged when she saw the video. "It sends the message that girls are the problem, whether that's the intention or not that's the message," she said.

Moring, Hollowell, and Anderson said it's difficult to find shorts that fit the rules. "Last night we went to three different stores looking for girls shorts that were long enough for dress code we couldn't find any," said Hollowell.

Marcus High's principal, Will Skelton apologized to students and parents in the following letter:

I apologized to our students regarding this issue today, but wanted to reach out and apologize to parents as well. I'm a firm believer that when you make a mistake, you own it, you apologize, and you make it right.

Yesterday we showed a dress code video that featured only female dress code violations, and was accompanied by a poor song choice. Construction in and around the campus prevented us from holding student orientation, which is typically accompanied by a fashion show that demonstrates what to wear, and what not to wear. We believed a video would be a good way to replace the fashion show, but this video absolutely missed the mark.

Please accept my sincere apology for not ensuring our video achieved its intended purpose - to remind ALL students of our dress code expectations.

If you want to visit with me about this or any other concern you may have, my door is always open."