The animals will be released at the Mason Mountain Wildlife Management Area. 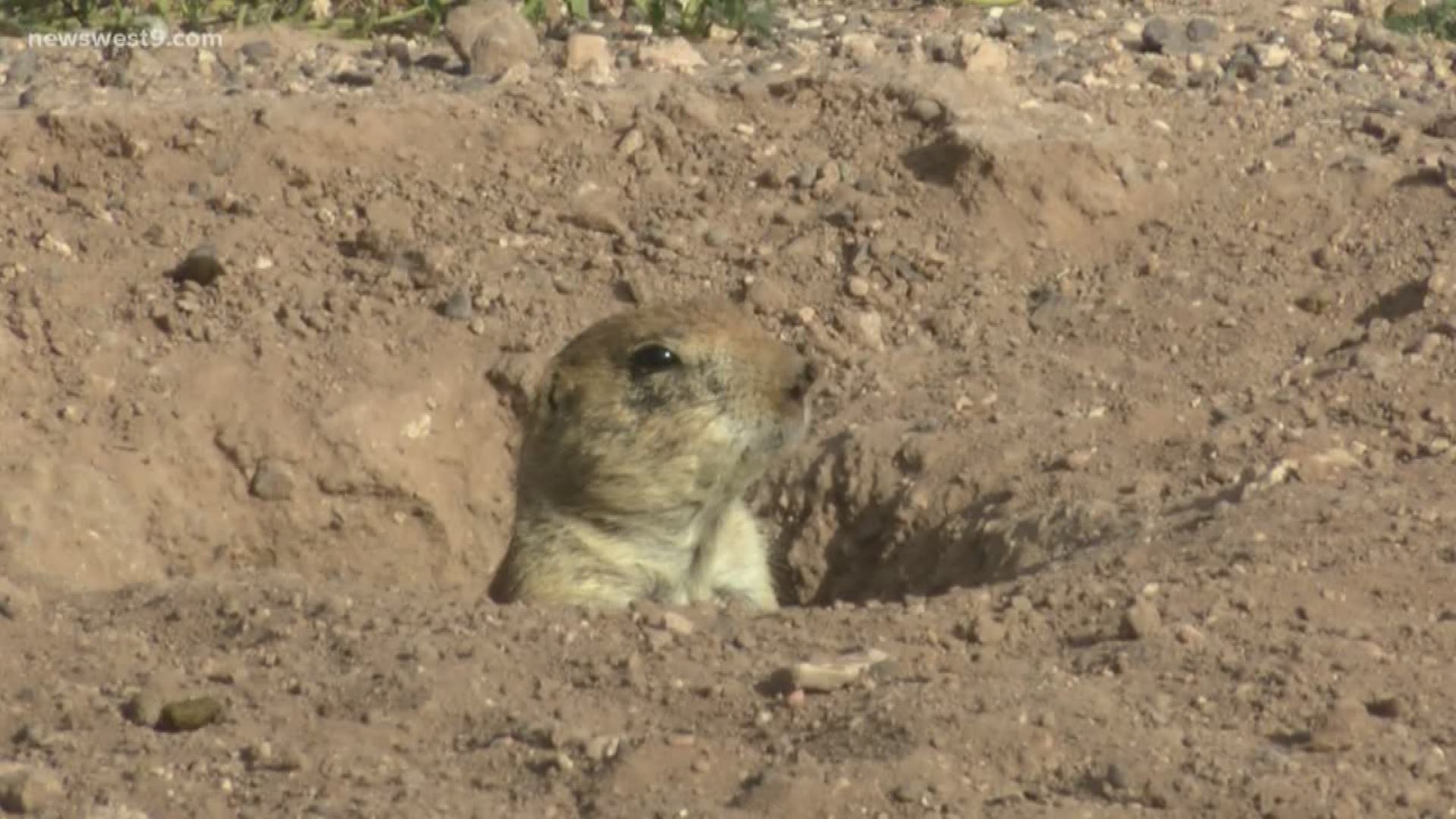 MIDLAND, Texas — Dozens of prairie dogs were removed from Indiana island in Midland on July 22.

P.M.S Vermin Recycle was in charge of the operation and used a water pump truck, soap suds and a couple of traps to lure out and remove the rodents.

The company's owner Lynda Watson says today was about removing the animals humanely so they can be released back into the wild.

"Whether you like prairie dogs or not, if you have any sense of fairness this is a good thing," said Watson.

As Watson plucked the vermin from the ground, several onlookers took notice. A crowd of kids and nearby residents watched from afar, some of whom like Rice' Freeman-Zachary said they were sad to see the prairie dogs go.

"We've seen them since they were little pups and watched them get bigger so I became really concerned when I heard some of the neighbors complain," said Watson.

After speaking with Lynda Watson, Freeman-Zachary was relieved by her compassion for the animals.

"The way she explained it made it sound very humane and it alleviated my worries about what might happen to the animals," said Freeman-Zachary.

Watson's system uses water and non-toxic soap suds to flood the prairie dog burrows, forcing them above ground into traps.

Watson says it's a process that scares the rodents but doesn't hurt them. Ance the animals were removed they were bathed, caged and prepared for transport.

City of Midland's animal control then took the animals to a cool room for holding, until Watson is ready to pick them up and take them to a veterinarian in Lubbock.

The animals will then be released into the wild. The prairie dogs in this case are bound for Mason Mountain Wildlife Management Area.

This process is one she has done over and over again.