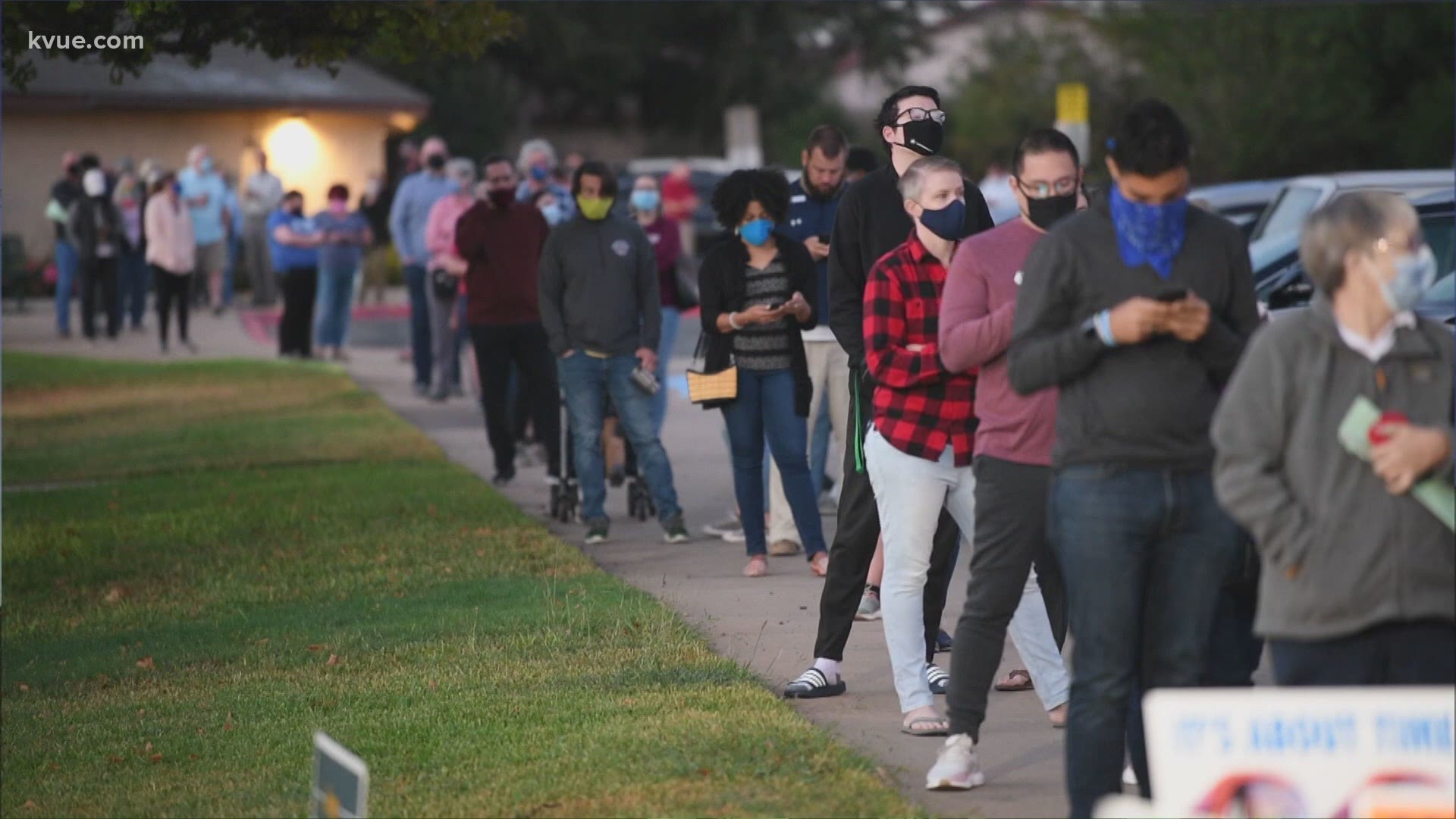 From the Cedar Park Public Library on Discovery Boulevard to the Randalls off Cypress Creek Road, the scene was the same – a line long enough to extend outside, down the sidewalk and at times out of the parking lot.

The wait time at the library remained pretty consistent in the afternoon hours, around 45 minutes, according to apps.wilco.org. It was a similar wait time during lunchtime at Randall's.

But at the Anderson Mills Limited District location off El Salido Parkway, a technical issue caused voters to wait up to an hour-and-a-half in the early morning.

Williamson County elections administrator Chris Davis said two of the four ballot card printers weren't connected to a hot spot correctly and that bottlenecked the voter line a bit. The issue was resolved around 9 a.m.

In Leander, viewer Raul Camacho sent KVUE footage of a line of voters that stretched for several blocks. They waited for more than two hours to vote at the Pat Bryson Municipal Hall.

Despite the long wait times, Davis said this was all expected because of the anticipation and excitement surrounding this election. Voters agreed.

"I want to vote and I just want to do it. I'm anxious about it. I'm ready to vote," said Patricia Aranda.

"In the past, it was always contentious, sort of, but this is the most contentious year for voting in my opinion," said Joe Gallio.

"The stakes are really high. Everyone feels it. We all understand that if there is ever a time to make yourself heard, this is it," said Saril May.

Polling locations are open every day except Sunday from 1 p.m. to 6 p.m.

The wait times listed on apps.wilco.org are not in real-time, but Davis said poll workers regularly update them.

Sen. Mitt Romney calls on 'leaders of all stripes' to 'tone it down'