The speaker also asked the representatives to return their constitutional per diems for the time they have been absent. 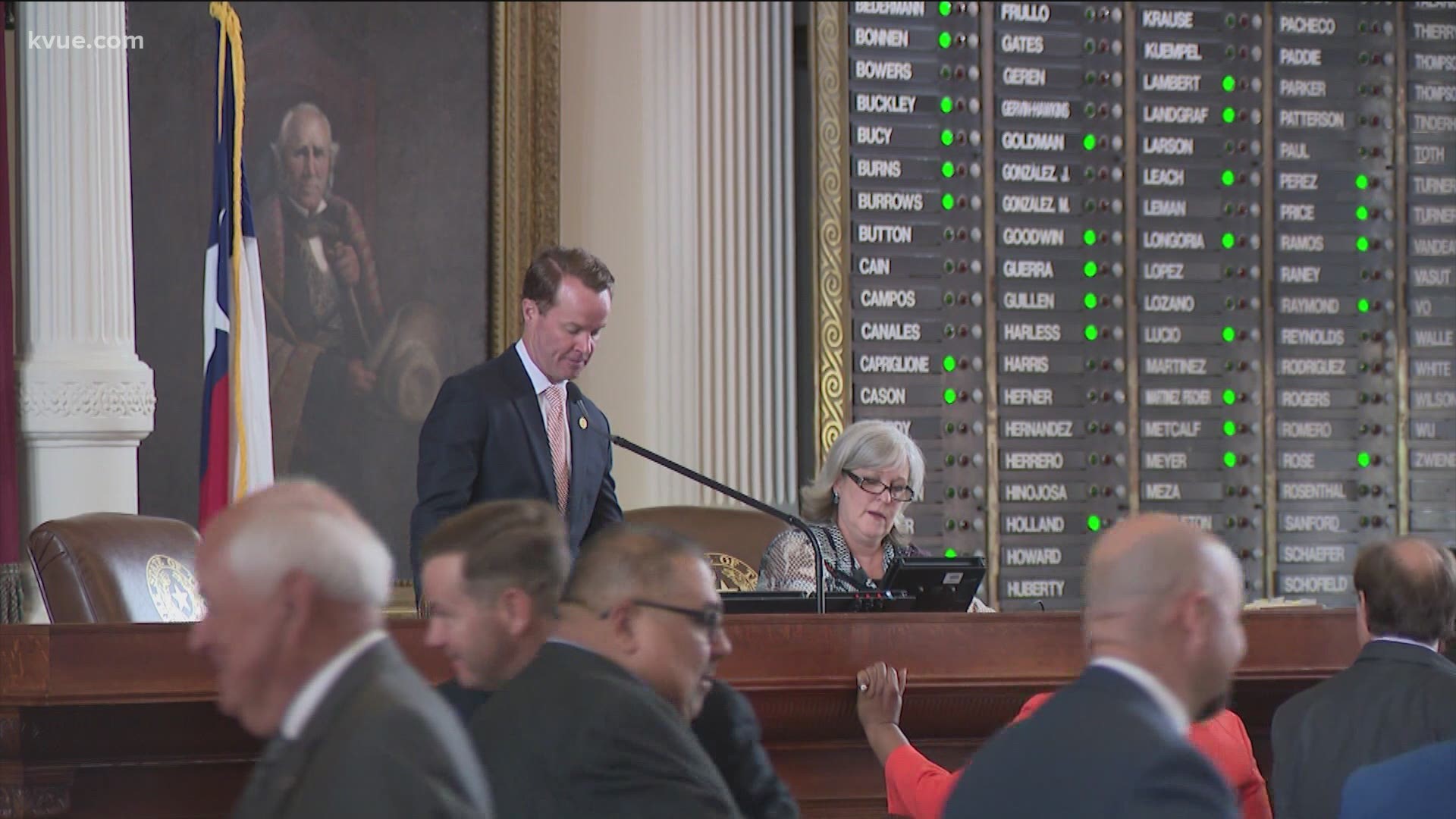 AUSTIN, Texas — Texas House Speaker Dade Phelan on Thursday offered to fly the Democrats who fled the state on Monday amid a special session back to Texas.

"In an effort to further compel House Democrats to return to the State of Texas, I am chartering a plane that will be on standby in Washington, D.C., on Saturday," he wrote in a statement released to the media. "I am demanding all of our colleagues in D.C. to contact my staff immediately in order to secure their seat on the plane and return to Austin in order to do the state's business. The State of Texas is waiting."

The plane was to be paid for by Speaker Phelan's campaign funds.

But as of Saturday night, not a single House Democrat chose to board the plane back to Texas, according to Phelan's office.

Phelan on Wednesday also released a statement asking Texas Democrats currently in Washington to return their daily legislative per diem of $221.

Under the Texas Constitution, constitutional per diems must be paid to each member for every day during a special session, even if the member is absent.

"While these Texas Democrats collect taxpayer money as they ride on private jets to meet with the Washington elite, those who remain in the chamber await their return to begin work on providing our retired teachers a 13th check, protecting our foster kids, and providing taxpayer relief," said Phelan.

Texas Democrats left the Lone Star State on Monday to deny the GOP majority a quorum to pass bills.

Phelan is requesting that all members who are "intentionally absent for the purpose of preventing the House from conducting business during the special session" return their per diems to the State Treasury immediately.

KVUE News spoke with House Democrats Wednesday who say they have not received their per diems yet. They tell us per diems are appropriate for lawmakers doing legislative business, which the Democrats say they are doing by advocating for legislation in Washington, D.C.

Per diems are given to lawmakers monthly. According to the House Accounting Office, lawmakers have not received their per diem payments for this month.

Texas Senate Republicans are still moving forward with the plan to pass the voter-integrity bills. Elections bill SB1 passed in Texas Senate by 18-4 vote on Tuesday.

The Texas House Democrats are currently in Washington, urging Congress to pass federal voting rights legislation they say would stop GOP-led efforts to restrict voting in Texas and nationwide.

"While stalling a 13th check for retired teachers, an overwhelming majority of the Texas House Democrats remain silent on whether they will return their legislative per diem to the State Treasury," Phelan said on Thursday. "Texas taxpayers demand better, and I demand that Democrats return their legislative per diem and get back to Texas to pass legislation that would provide a 13th check for retired teachers, protect our foster kids, and provide relief from high property taxes."

According to Phelan, the following state representatives that requested their House floor voting machines be turned off have not begun the process to return their per diem to the State Treasury:

In a Facebook post, Rep. Zwiener said she has started investigating how to reject her per diem.

"Over the last week, I have taken steps to investigate how to reject my per diem for the special session," she wrote. "Because legislators’ per diem is constitutionally guaranteed, there is no clear process in place to do so."

Yes, there is voter fraud in Texas. No, it's not widespread.