Sen. Susan Collins released a statement that says she expects to be briefed by the White House about the Iranian situation. 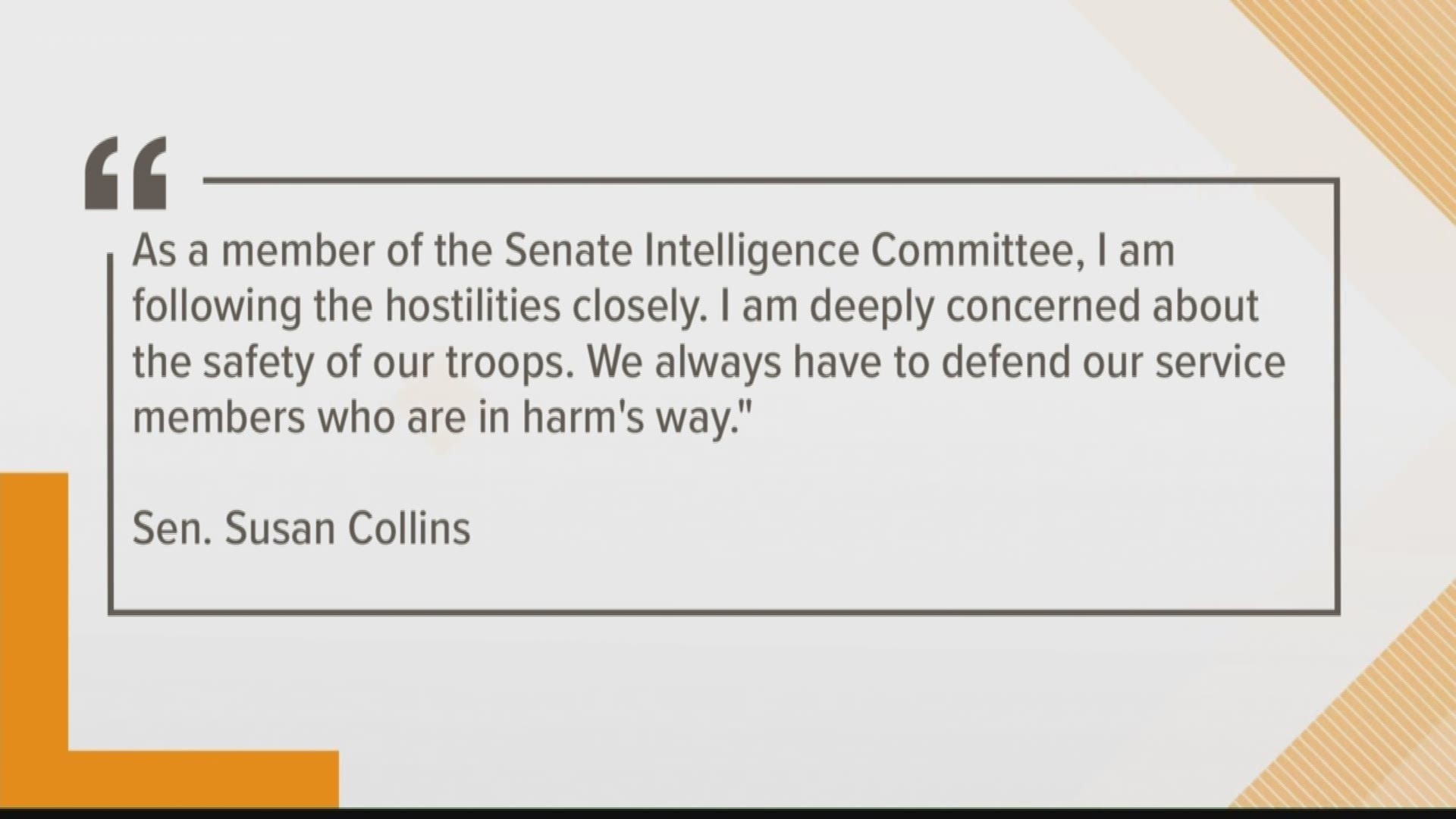 Sen. Susan Collins says she expects to be briefed by the White House Wednesday about the crisis with Iran.

Iran fired more than a dozen missiles at two airbases in Iraq that house U.S. troops. There have been no reports of injuries or deaths.

Collins released a statement after the missile strikes, saying that as a member of the Senate Intelligence Committee, she is following the hostilities closely and that she is concerned about the safety of our troops.

RELATED: Iran fires back at US with missile attack at bases in Iraq