The Texas chapter of Moms Demand Action for Gun Sense in America hosted the rally. 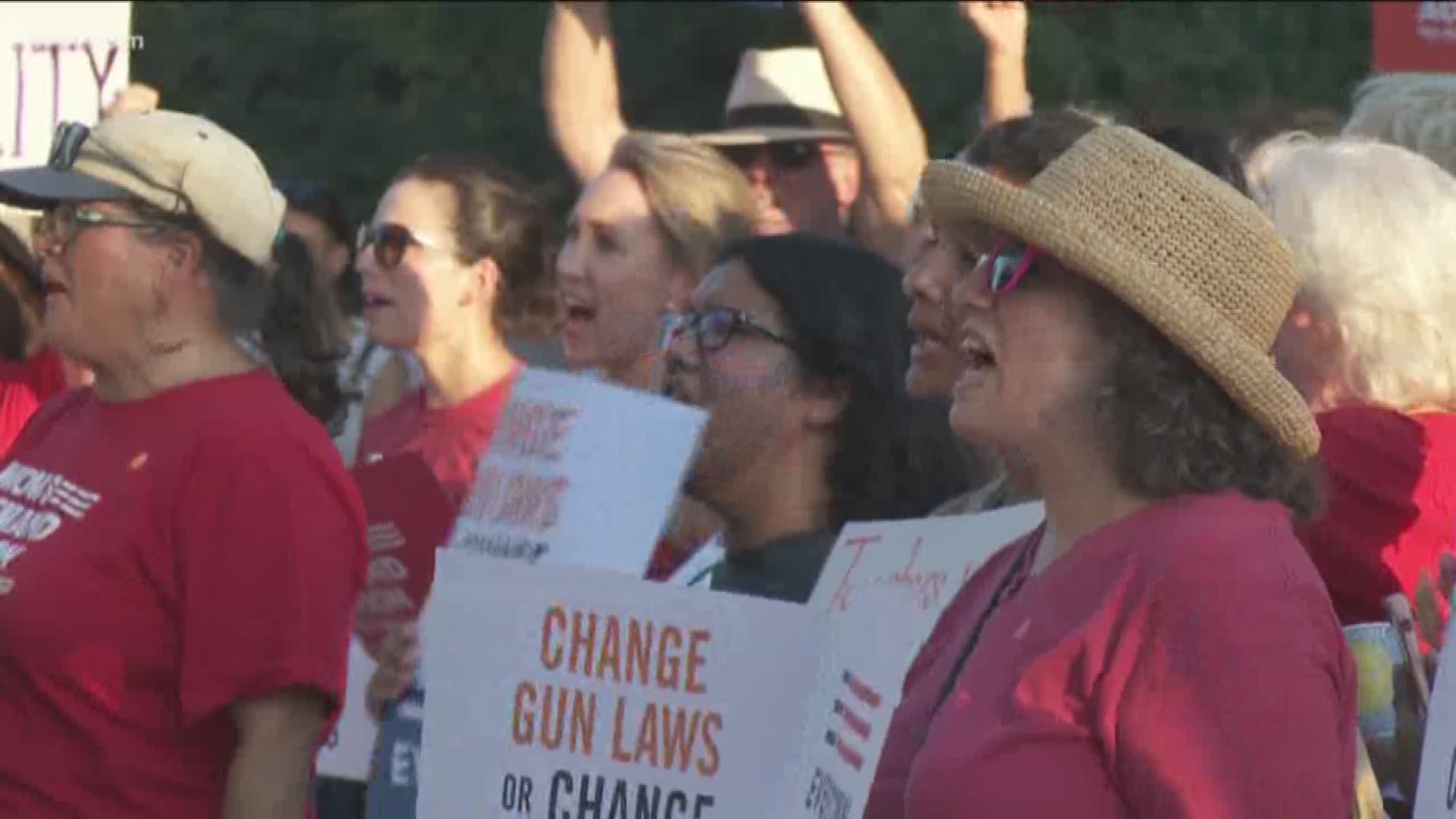 AUSTIN, Texas — Hundreds of people gathered on Saturday evening for a rally at the Capitol honoring the lives lost to gun violence, also calling for gun reform.

The Texas chapter of Moms Demand Action for Gun Sense in America hosted the rally.

Protesters want lawmakers to pass legislation that would require background checks on all gun sales, along with "red flag" laws.

"The vast majority of Americans, whether they’re members of the NRA or not, believe in red flag laws," said former Texas State Sen. Wendy Davis. "They believe it makes sense to have red flag laws."

Mayor Steve Adler also spoke at Saturday's rally, highlighting the importance of sending a message to our lawmakers continually.