Biden wants a policy that starts at the top, leading by example and encouragement – which then filters to the states. 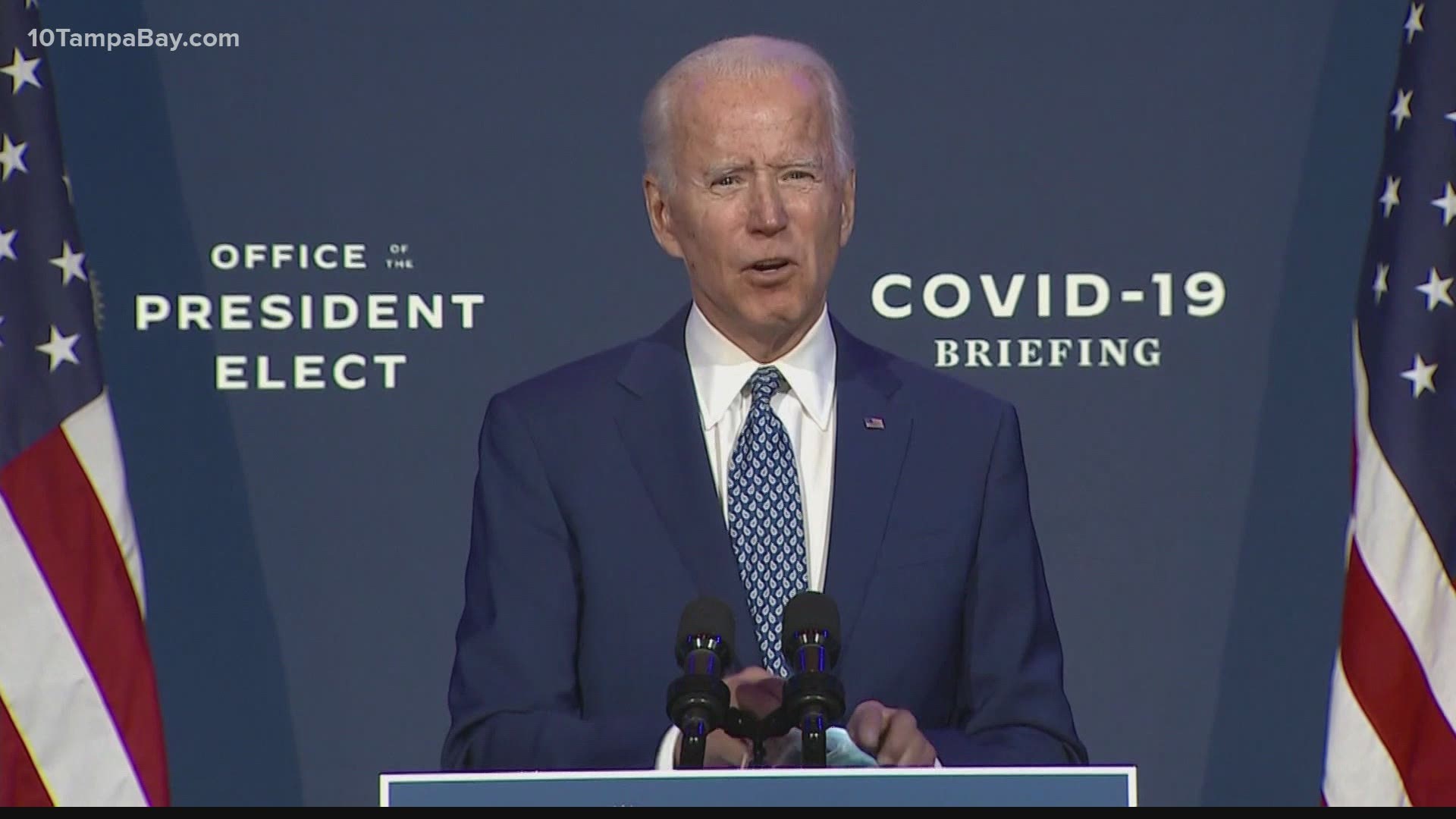 TAMPA, Fla. — For months, critics of President Trump's administration have said that with leadership from the top, there would have been fewer cases of COVID-19 and perhaps more people following basic recommendations like social distancing and wearing facemasks.

So, with President-elect Joe Biden’s support for a nationwide mask mandate, will there be a ripple effect that changes people’s behavior? Or, perhaps just create more push back?

Biden says he wants to see mask mandates in all 50 states.

From a legal perspective, there’s no shortage of debate about whether the government has the authority to impose a mask mandate. At the federal level there’s quite a bit of doubt, which Biden himself has begun to embrace.

But at the state level, there’s less of a legal question.

Even some Democrats say the administration can ask, “But it is true that it is up to the governors to make decisions about the executive orders that we put in place,” Illinois Gov. J.B. Pritzker said.

Biden wants a policy that starts at the top, leading by example and encouragement – which then filters to the states.

Right now, a majority of states led by both Republican and Democratic governors have a mask mandate. There are 15 with no statewide order, including Florida, all of which are led by Republican governors who show no indication of changing policy anytime soon.

If that is the case, Biden says he’ll work with local governments like counties and cities toward passing mask mandates.

But in Florida, Gov. Ron DeSantis has made it more difficult for municipalities to enforce mask mandates by making it tougher to fine those who don’t comply.

If Biden’s policies are successful in places willing to adopt them early on – leading to lower infection rates and enabling more communities to open their economies faster – others might be more open to the idea.

“It doesn’t matter your party, point of view,” Biden said. "We can save tens of thousands of lives if everyone would just wear a mask.”