The endorsement comes after Democrats walked out of the House late Sunday night to block the passage of the controversial election bill, SB 7. 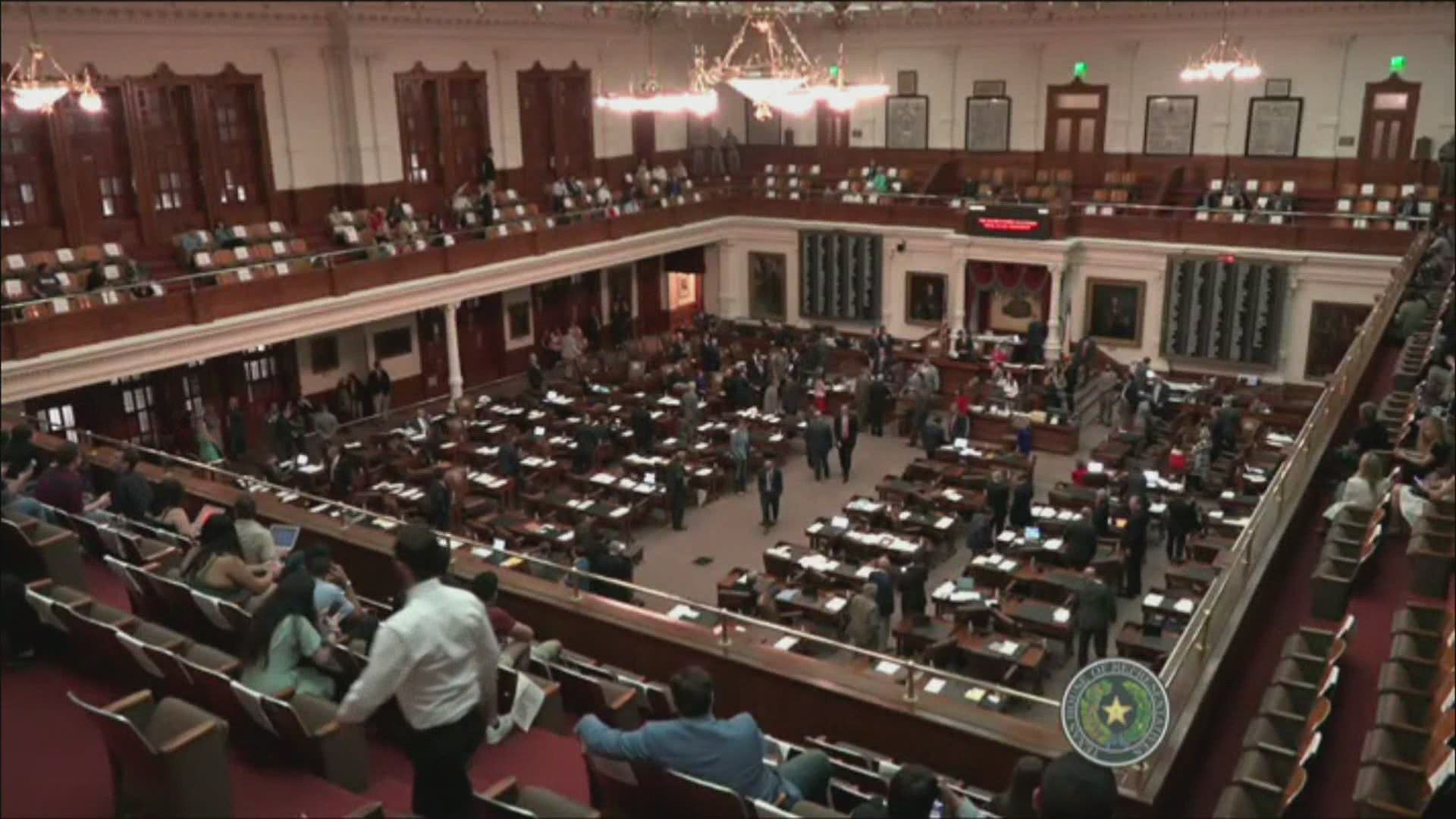 Former President Donald Trump endorsed Gov. Greg Abbott for re-election in a statement Tuesday, saying Abbott is "tough on crime" and "is all in on election integrity."

Abbott is running for re-election in the gubernatorial race in November 2022.

Trump said Abbott is a "fighter and a great governor for the incredible people of Texas."

"Abbott...has my complete and total endorsement for re-election. He will never let you down," Trump said in a statement tweeted by Abbott.

“President Trump is a great friend of Texas, and I thank him for his endorsement,” Abbott said in a statement. “I am proud of the work we have done together to secure our border, bring more jobs to Texas, and protect the freedoms that make America and Texas great — and we are just getting started. I thank President Trump for his leadership, and I will continue to fight for the values that make Texas the greatest state in America.”

The endorsement comes after Democrats walked out of the House late Sunday night to block the passage of the controversial election bill, Senate Bill 7, and Abbott threatened to withhold legislators' salaries. He said he would call a special session to get the bill passed.

Critics say the election law bills are an attempt at suppressing voters after unproven reports of voter fraud during the 2020 election. No widespread fraud was ever found. Major companies like Dell and American Airlines have criticized the legislation.

The bills were in response to the city of Austin, which immediately cut its police budget by about $31 million and put it towards other services like housing and mental health, according to the Texas Tribune.

In response to the passage of HB 1900, Austin city councilmember Greg Casar released this statement to KVUE:

“No matter how much Gov. Abbott wants to send us backward, he can’t send us back to 2019 before George Floyd was murdered. In Austin, we will continue to work to address violence, including violence committed by police. We will work to make sure our budget conforms with the new law, and also conforms with the values of this community. We will continue our march toward racial justice, police accountability, and comprehensive safety no matter what.”

Senate Bill 23 would require cities or counties with a population of more than 1 million to hold an election before they can reduce police funding. Counties with over 1 million population include Travis, Tarrant, Harris, Dallas, Bexar, and Collin counties, according to the U.S. Census.

House Bill 1900 would allow the state to take a part of a large city’s sales tax revenue (population of more than 250,000) and give it to the State Department of Public Safety if the governor's office determined the city cut police funding. If they decrease funding, they can't increase property taxes or fees and can't annex any areas; they can ask the governor for an exemption.

In HB 2366, the law enhances penalties for the unlawful use of fireworks to a felony if it is used to cause bodily injury to an officer or used to interfere with an officer performing a duty.

Finally, HB 9 enhances the criminal penalty to a state jail felony offense for anyone who knowingly blocks an emergency vehicle or obstructs access to a hospital or health care facility.