Regardless of which party voters identify with, they can vote for any candidate they want in the primary election. 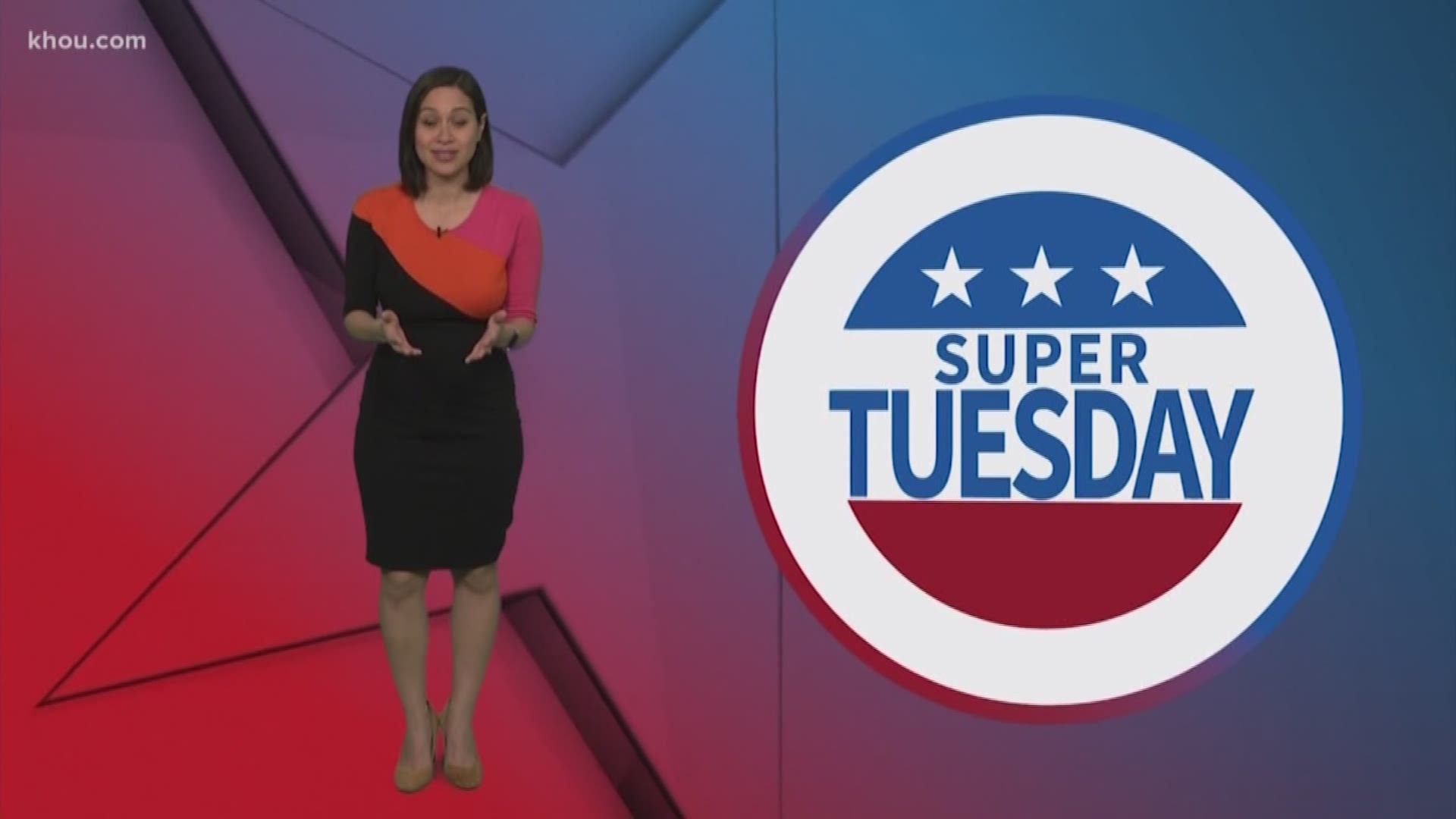 HOUSTON — Unlike voters in most other states, Texans don’t sign up with a political party when they register to vote.

That’s because Texas is one of 17 states with open primaries, which means regardless of which party voters identify with, they can choose from year to year which party’s nominees they’d like to select in the primary election.

How do you choose?

When you show up to your polling location, you’ll decide whether you want a Democratic or Republican primary ballot.

But after choosing a side in the primary, you have to stay in that lane through the runoff. You can’t vote Republican in the primary election and then participate in a runoff election between top Democratic candidates.

RELATED: Super Tuesday 2020: What you need to know

RELATED: What is Super Tuesday and where did it come from?

So how does that compare?

Voters who live in states with closed primaries are required to register with a political party in order to vote in that party’s primary. If you wanted to vote in the Republican primary in New York, you have to register as a Republican. Oftentimes, third-party voters are locked out of the Republican and Democratic primaries. But some states, like Oklahoma, are a bit of a hybrid and let independent voters choose which primaries they want to participate in.

Is it common for Democrats to participate in the Republican primary, and vice versa?

In short, no. According to Elizabeth Simas, a political science professor at the University of Houston who spoke about this with Texas Standard, cases of strategic voting don’t happen much in primary elections. “Certainly, there are people who do it … but we just don’t see it happening as much as there’s potentially this fear for it to happen,” Simas said.

In areas dominated by one party, especially rural areas, voters might cross party lines in the primary to have more of a say in their local races.

This story is from our news partners at the Texas Tribune.