With Biden leading polls, debate could be chance for Trump to gain momentum

While Trump is drawing huge crowds reminiscent of 2016's final days, Biden is sticking to his cautious approach with small events focused on CDC guidelines. 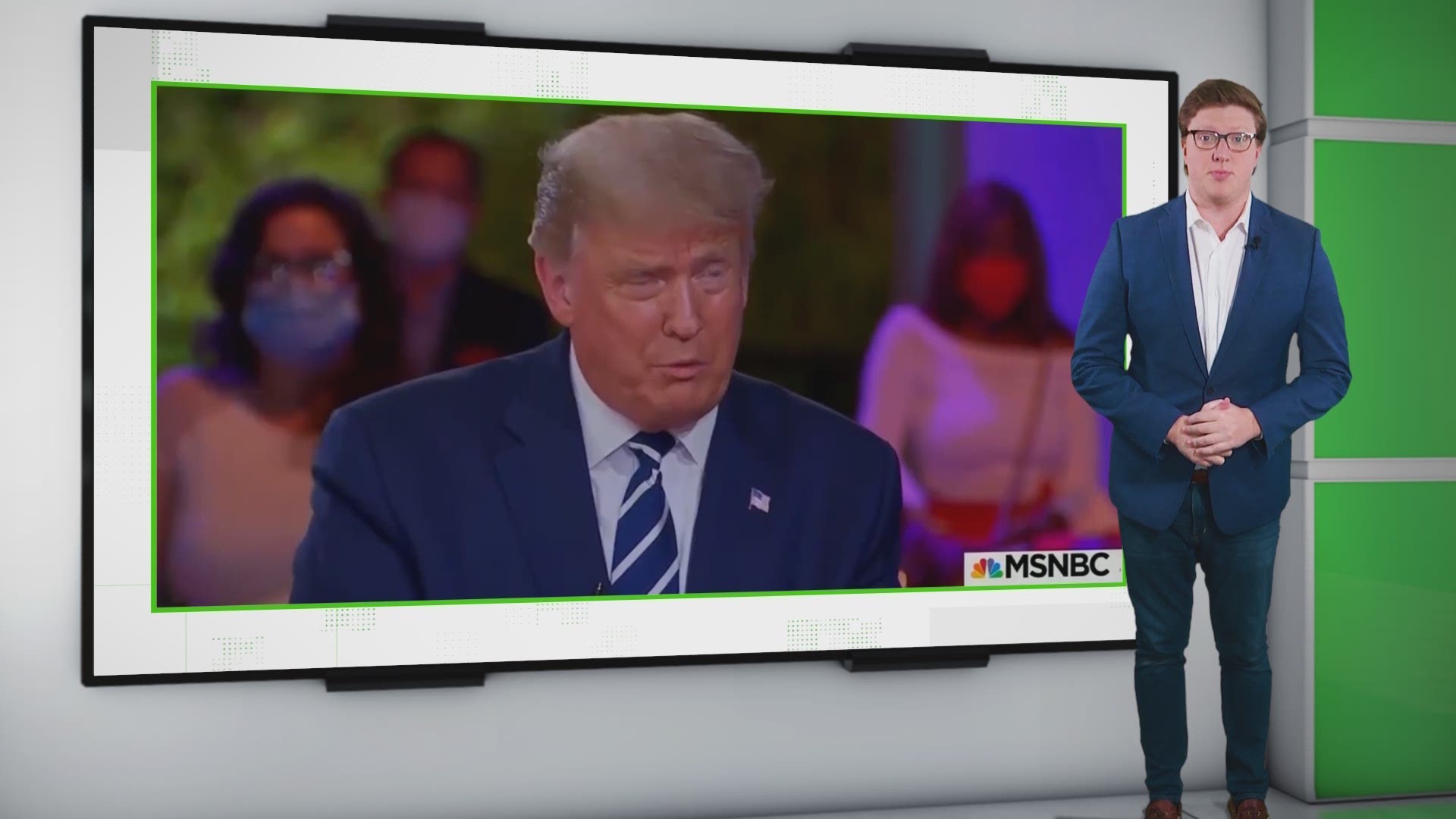 President Donald Trump is openly contemplating the prospect of losing, while Democratic challenger Joe Biden is warning his supporters against overconfidence as the 2020 presidential election speeds into its closing days.

With more than 22 million votes already cast, Biden's lead in the national polls appears to be as strong as ever. His advantage in some battleground states, including Florida, is narrowing, but he's forced Trump on the defensive in states like Iowa and Georgia that Democrats six months ago didn't seriously expect to win.

While the campaigns appear to be moving in opposite directions on paper, it's a very different feeling on the campaign trail. Trump is drawing huge crowds reminiscent of 2016's final days, and Biden is sticking to his cautious approach with small events focused more on adhering to the Centers for Disease Control and Prevention's social distancing recommendations than energizing his supporters. He'll get a boost this week as former President Barack Obama hits the road on his behalf.

While there will be plenty of action, this week will center on Thursday's final debate, which may be Trump's last and best chance to change the direction of this election.

We've certainly questioned the significance of debates in the past, but Thursday's faceoff in Nashville represents a huge opportunity for Trump to generate some badly needed momentum. There will be no moment before Election Day in which more persuadable voters are paying attention to the Republican president's message.

Trump cannot afford another bad performance. His angry and aggressive posture that marred the first debate was widely considered a blunder, and it helped Biden extend his polling advantage.

But there is also significant pressure on Biden. Given Trump's persistent questions about the 77-year-old former vice president's age and mental health — fair or unfair — Biden cannot afford to have a "senior moment" or anything like it on the biggest political stage of his life.

Two weeks before Election Day, coronavirus infections are surging to their highest levels since July. At least 10 states reported their highest single-day number of infections ever over the weekend, and some health experts are predicting the possibility of 100,000 daily U.S. infections in the near future.

This is bad news for the nation on multiple fronts, and it adds a new layer of uncertainty to an election already plagued by ballot access questions. From a policy and political perspective, this is more evidence of Trump's failure to control the nation's worst health crisis in a century. But given the timing, it also raises real questions about whether voters might alter their behavior to protect themselves.

Early voting numbers have been on pace to shatter records so far. It's unclear to what extent that will continue and whether a surge of mail balloting might add stress to a patchwork elections system already stretched to its limit. Many people are ultimately expecting a massive turnout once all the votes are counted, but pollsters will tell you that's far from guaranteed.

What happened to the Republicans' money?

Whether he wins or loses, Trump's struggle to manage his campaign finances is a major factor shaping the election's final stretch. Over the next two weeks, Trump and his allies focused on the presidential election are being outspent on political advertising $70.7 million to the Democrats' $141.3 million, according to the media tracking firm Kantar/CMAG.

That disadvantage for an incumbent has never happened in the modern era. And it's forcing Trump to make painful decisions when he can least afford them.

Facing a cash shortfall, Trump has largely retreated from TV advertising in the Midwest, shifting much of his campaign's advertising investments to states such as Florida, North Carolina, Arizona and Georgia, as well as Pennsylvania.

Is complacency a real concern for Democrats?

There's no doubt that the most passionate partisans in both parties are fervently engaged this fall. There is doubt, however, whether infrequent voters — including young people and African Americans who typically support Democrats — will feel the same urgency to show up given the possibility that Biden could score a blowout victory.

Fears of complacency prompted Biden campaign manager Jen O'Malley Dillon to issue a memo over the weekend reminding would-be supporters of similar dynamics that shaped the final weeks of the 2016 election.

"The reality is that this race is far closer than some of the punditry we're seeing on Twitter and on TV would suggest," O'Malley Dillon wrote. "If we learned anything from 2016, it's that we cannot underestimate Donald Trump or his ability to claw his way back into contention in the final days of a campaign, through whatever smears or underhanded tactics he has at his disposal."

There has been a dramatically different pace of the Trump and Biden campaigns over the weekend. Trump has always been the more aggressive campaigner, but Biden was expected Biden to pick it up eventually. Not so much.

On Saturday, for example, Biden was down all day. Trump campaigned in Michigan and Wisconsin and finished his day in Nevada. Only two more Saturdays remain before Election Day, in case anyone is counting.

Biden will get some help from Obama this week, and running mate Kamala Harris has an aggressive schedule as well. Biden also has a major advertising advantage, as we mentioned above. But if Biden ultimately loses this election, he may not be able to say he left it all out on the field.

AP's Advance Voting guide brings you the facts about voting early, by mail or absentee from each state: https://interactives.ap.org/advance-voting-2020/.

RELATED: Trump, Biden campaigning across country from each other in states they want to flip