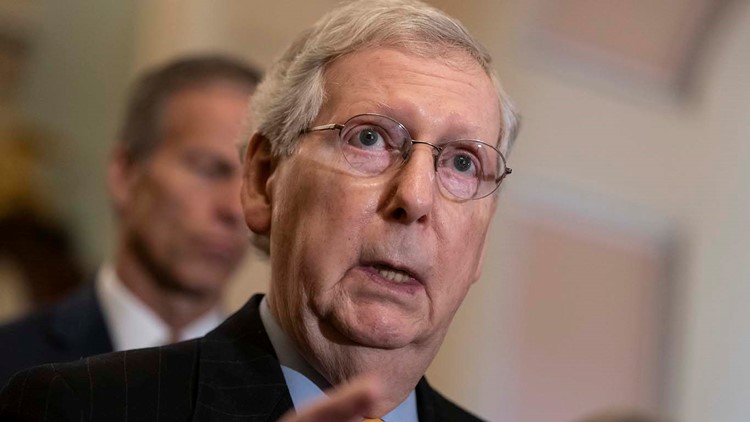 McConnell didn't elaborate on what he meant by that, specifically, nor did he clarify why adding an additional state would constitute socialism.

Socialism has become a hot button topic in recent months, with the election of several far-left Democrats who identify as socialists, and with traditional GOP leaders lambasting it.

WUSA9's content partners at the Washington Post did an article explaining more in depth what exactly socialism is, which you can read here.

McConnell tweeted he is the "grim reaper when it comes to stopping the Democrats' socialist agenda."

For the first time in decades, the House Committee on Oversight and Reform will hold a hearing on D.C. statehood on July 24.

If passed, all eight District wards would turn into the state of Washington, Douglass Commonwealth. But Republicans believe the addition of two (presumably) Democratic senators would unfairly tip the balance of power.

Despite the bill's growing traction among local legislators who previously opposed the notion, like Virginia Senator Mark Warner and Maryland Representative Steny Hoyer, no Republicans signed either the House or Senate versions of the bill.

The last states to join the Union were Alaska and Hawaii, both in 1959. At the time, the prevailing thought was that Hawaii would be a Republican stronghold and would match with the admission of Alaska, which was seen as a Democratic stronghold.