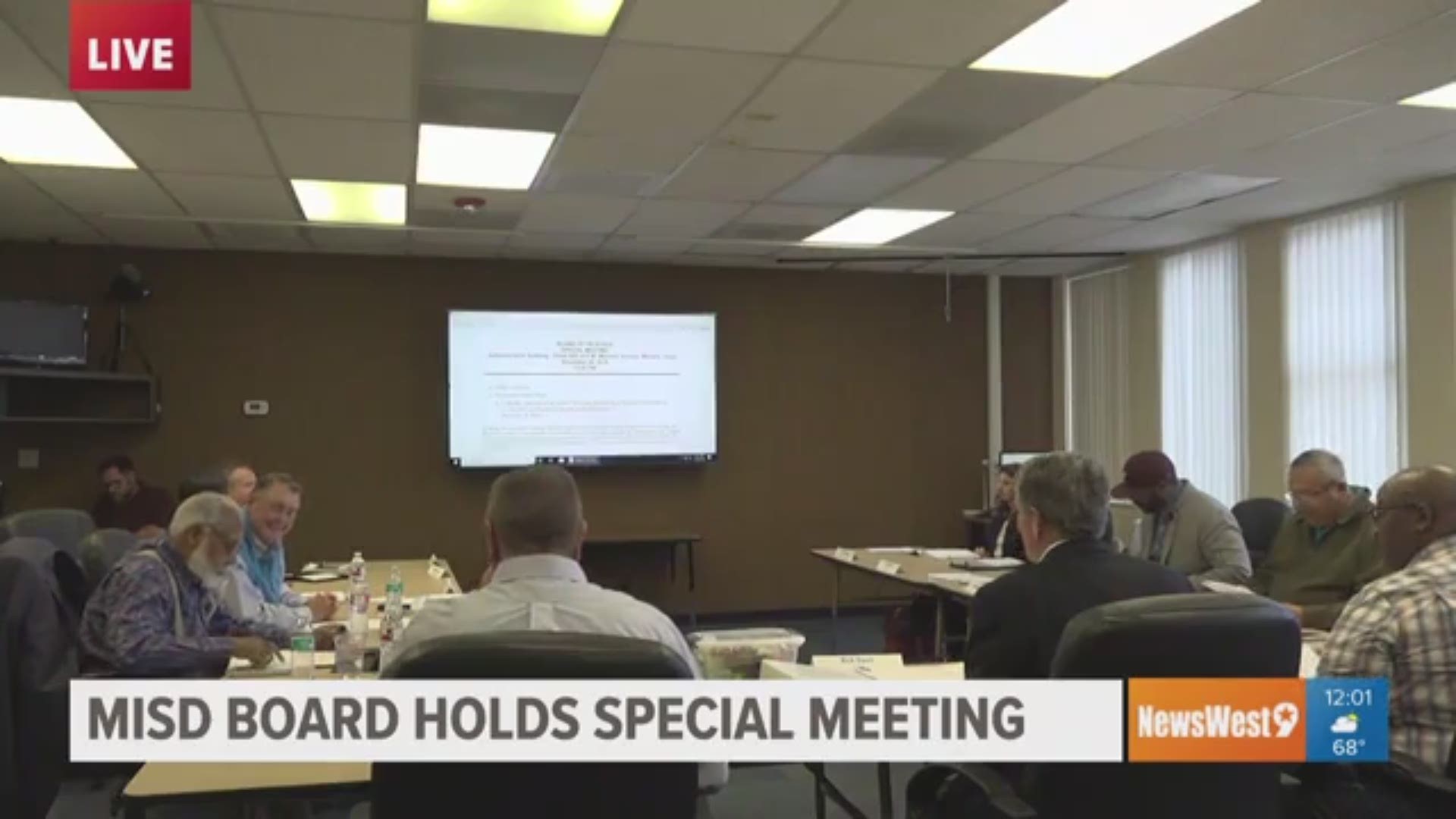 It's officially in the books: the Midland school board finalized the bond election recount results Tuesday. Everything from here forward will be dealt with by Midland County.

This despite a more than 800 ballot discrepancy. People at today’s meeting asked the board to hold off on canvassing the recount until the county gets to the bottom of what happened.

“It's disappointing in that there's so many questions left unanswered. That's the part that really I'm having trouble with,” Matt Galindo said. “To know that there's a discrepancy in the amount of votes.
I’m disappointed, worried and now have a lack of trust.

Midland ISD school board president Rick Davis took the opportunity to explain in detail how the recount process worked Friday. The process included nine teams of three – one representative from each side of the issue and an at-large member were on each team.

“The entire process was watched over by representatives from each side, for and against,” Rick Davis said. “Everyone witnessed each ballot box be unsealed and re-sealed while manually counting every ballot.”

Davis went on to explain that Texas law provides there is no recount of a recount and the school board was bound by law to canvass the recount Tuesday.

“But how can we do that with a ballot discrepancy? I can’t speak on behalf of the county and issues they had with the voting machines,” Davis said. “I can only speak to the manual recount of the ballots that took 20 hours to do. Everyone who participated are confident that those ballots were fairly and accurately counted.”

Davis says he asked that very question to the Secretary of State. Their office told Davis, “you have no other choice.”

Focus is now on Midland County to figure out what happened. The county has begun a forensic investigation into where the discrepancy came from. This is uncharted territory for the county.

“We’ve certainly had recounts in the county before, but something to this magnitude is new for us,” County Attorney Russell Malm said. “We are working with everyone to ensure we get to the bottom of this.”

This was the first election the county used new machines manufactured by ES&S and it appears there were issues with those machines from the get-go. A malfunction election night and the day the election was first canvassed gave several different numbers, resulting in people now saying they have less trust in the county.

“The only thing that we know that we can do at this time is to start finding out what the answer is and be completely transparent about it,” Malm said. “The only way to restore that confidence is to get to the bottom of what happened and to let the public know we're not going to hide the ball, we're not going to keep anything from the public. We plan to tell the public everything we’ve done and they're going to know the results.”

They're working with the Secretary of State's office for guidance and with the voting machine manufacturer, ES&S. They hope to have an answer within the next week. Next steps from there depends on what the investigation reveals.