Neighbors 'not surprised' she was arrested after posting about rioting at the Capitol. 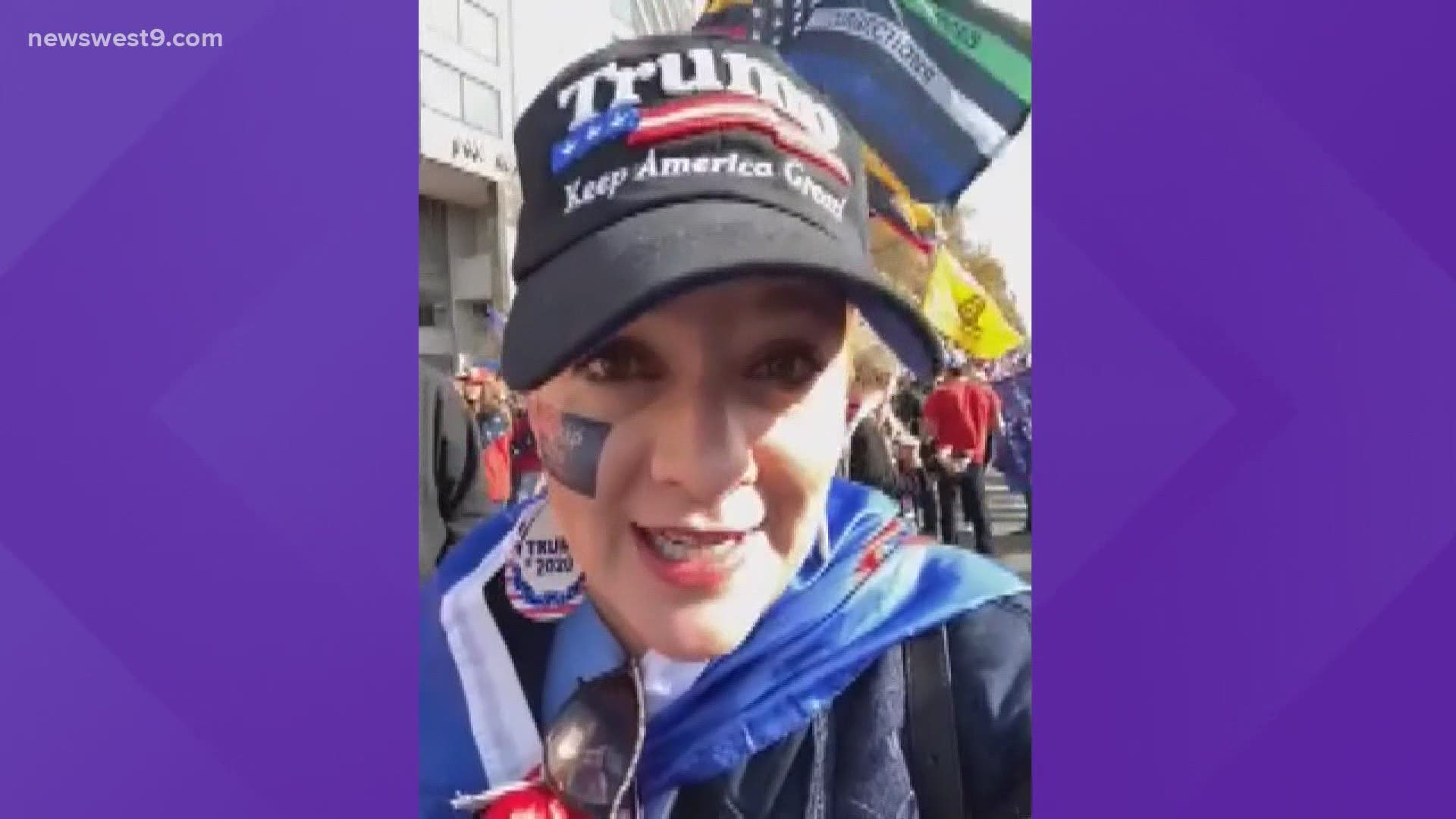 MIDLAND, Texas — Jenny Cudd is becoming a household name here in Midland after her posts about storming the Capitol went viral.

Before the Capitol riots, Jenny was mostly known for her run as Midland Mayor in 2019 and her strong stance against masks in businesses.

Her neighbors tell us, Jenny usually keeps to herself.

As for her social media presence and her thoughts on President Trump?

Well, that is another story.

Neighbors would not go on camera but they did tell me they are not surprised about the FBI arresting her after she boasted about her actions at the Capitol on social media.

Cudd’s videos have since gone viral.

But Cudd is not the only one paying the price. So is her business, The Knot making it clear they do not stand with Cudd’s actions and removing Becky Flowers as a vendor.

Mayor Patrick Payton has also put out a statement regarding Cudd’s arrest saying:

“As to the events surrounding Jenny Cudd, this is a federal matter and it has been since all the events unfolded last week in DC. The mayor will reserve any further comment for much later and would encourage us all to reserve any further speculation or judgment on these matters until more is known and the federal authorities progress in their work on this matter.”

Cudd's boyfriend, who was at Becky's Flowers today would not comment on the situation. Cudd did tell our reporters she would be documenting the experience on social media.