Houston Police Chief Art Acevedo got candid and said it's time for Texans to speak up. 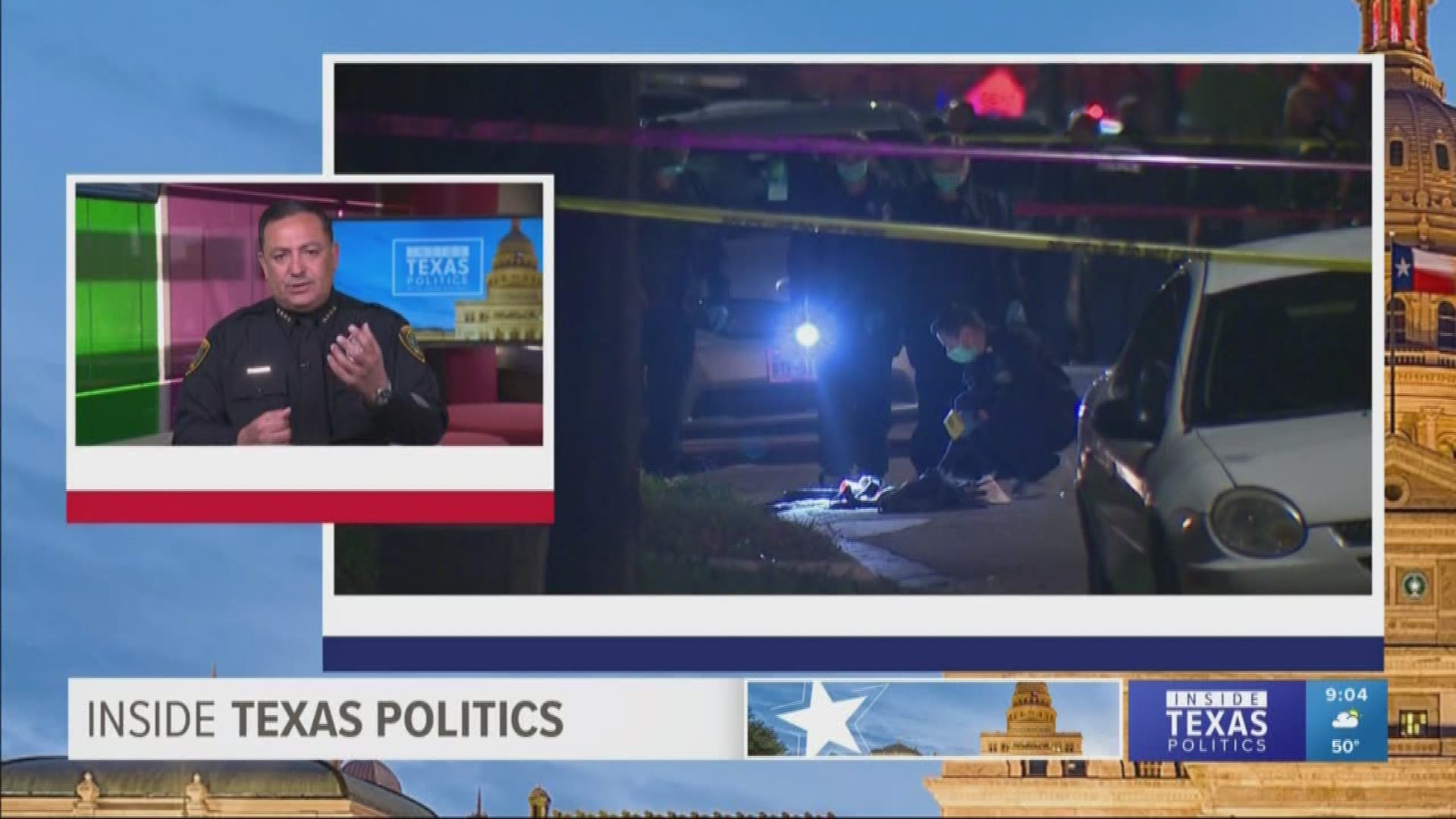 DALLAS — Houston Police Chief Art Acevedo has concerns about “Texas justice.” Chief Acevedo has made his frustrations known on social media lately, calling out national and state lawmakers, as well as judges.

He came on this week's episode of Inside Texas Politics to speak about the problems he sees with the current status of Texas' criminal justice system.

The chief claims 25% of suspects charged with murder in Houston last year were released on probation or parole. Texas has gone from being a state known for “locking them up and throwing away the key” to a state that can’t get criminals out of jail fast enough, according to Acevedo.

“We’ve taken criminal justice reform to an extent where we’re putting suspects above the victim and where common sense has really been thrown away,” he said.

Acevedo views this as a problem with the legislature and judges. He feels lawmakers need to take a close look at changing the parameters that keep suspects in jail or allow them to bond out.

“When you have murderers in Texas’ largest city and across the state that are getting out with $5,000 in cash, or $10,000 in cash, and while on bail are killing other people, that’s a problem,” he said.

The chief says law enforcement has always been under the microscope, and now it's time to turn that lens towards district attorneys and judges across the state.

RELATED: More from Inside Texas Politics

Also on the show this week: A one-on-one interview with Democratic presidential candidate Tom Steyer, takeaways from the Nevada Democratic Presidential Debate and a look at Texas' Democratic primary voters.

Host Jason Whitely and Ross Ramsey, the executive editor of The Texas Tribune, discussed the takeaways from the Nevada Democratic Presidential Debate. Chief among them? Democrats still don’t know who their candidate is. And they also examined whether any democrats distinguished themselves in the Democratic debate for U.S. Senate hosted by KVUE-TV in Austin.

Democratic presidential candidates went after Michael Bloomberg during the debate in Nevada on Feb. 19, the first that Bloomberg participated in. Following the debate, many Republicans (and Democrats) still think the Democratic nomination process is nothing short of chaotic. Chris Krok from WBAP AM Radio in Dallas has that opinion from the right. 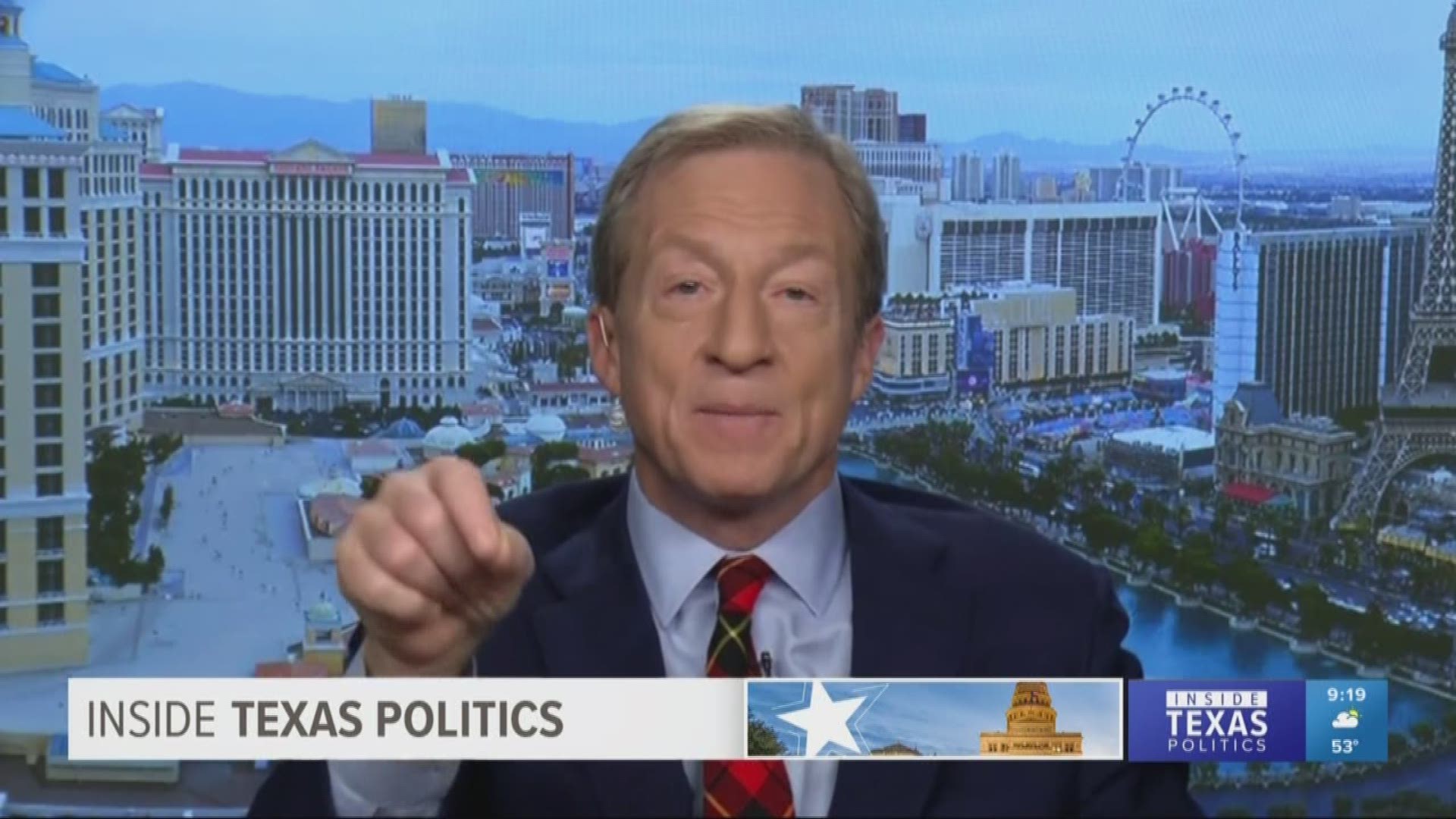 Democratic presidential candidate Tom Steyer thinks he has momentum heading into Texas and Super Tuesday, he told Whitely from Las Vegas as he prepared for the Nevada Democratic Caucus.

RELATED: Biden declares himself back in race after 2nd place Nevada finish

Whitely asked Steyer about his low polling numbers in Texas and the Democratic candidate said any polling must consider the results from Nevada and South Carolina, with primaries on Feb. 22 and 29, respectively. Despite being a billionaire, Steyer is positioning himself as an outsider candidate.

Whitely and Ramsey were also joined by the Fort Worth Star Telegram’s Bud Kennedy and WFAA's political producer Berna Dean Steptoe to take a look at whether Texas Democrats are waiting to see the South Carolina primary results before voting.

Are they risking their candidate dropping out of the race before Super Tuesday?  They also discussed the Republican primary in the 12th Congressional District. Could it lead to one of the biggest political upsets in years?