In the Democratic race for president, things are heating up in Texas following the first votes in Iowa and New Hampshire, which both seemed to be wins for Sanders. 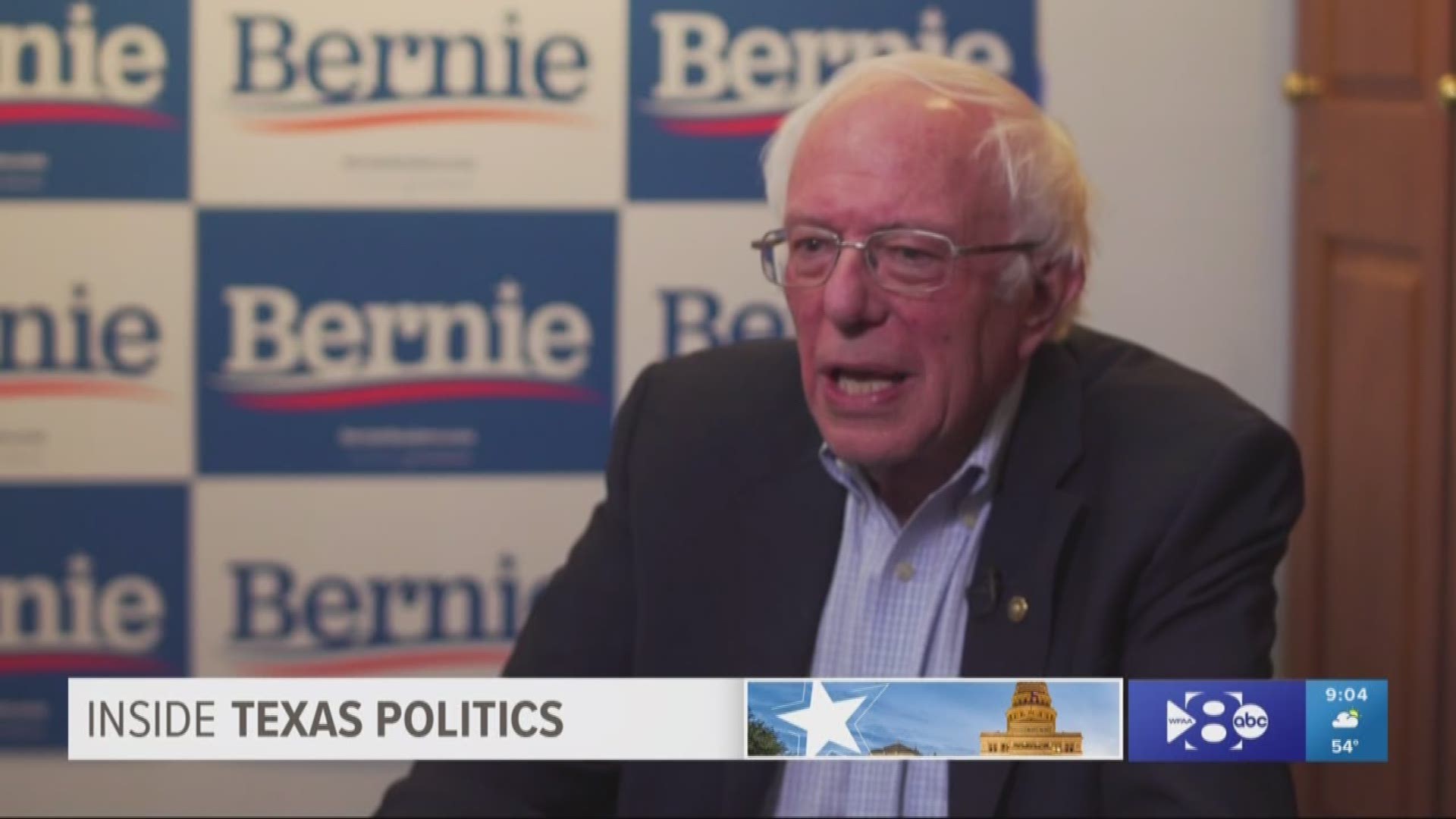 When early voting gets underway on Tuesday, Texas voters will have a number of key races to vote on in the primary.

In the Democratic race for president, things are heating up in Texas following the first votes in Iowa and New Hampshire, which both seemed to be wins for Sen. Bernie Sanders.

Now, the candidate has opened five campaign offices in Texas ahead of the state's primary on March 3, commonly referred to as Super Tuesday.

Click here for a Texas voter guide ahead of Super Tuesday

The new offices mean he'll have more of a presence than some of the other candidates-- Sen. Elizabeth Warren has four Texas offices while former mayor Pete Buttitgieg has hired staff in the state.

But Michael Bloomberg still has the largest operation of any candidate here in Texas, with 20 office locations up and running to support the former mayor of New York City's campaign.

Inside Texas Politics Host Jason Whitely had the chance to sit down with Sanders on Friday for a one-on-one interview for the show ahead of Election Day.

Jason Whitely asked Sanders about two big things during their interview: How the progressive candidate would win over more moderate voters and who he might choose as a running mate. Sanders said he feels good about his ability to win a lot of states and secure the Democratic nomination. He believes Democrats will rally around the nominee to defeat President Donald Trump in November. As far as a running mate, Sanders wouldn’t share any names, but said he would choose someone progressive who shares his views.

RELATED: Bernie Sanders leads polls, but can he attract enough moderates to win? Here's what he has to say

Also on the show, a new poll from the University of Texas and Texas Tribune released Friday shows that while Sanders leads among Democratic voters in Texas, support for Michael Bloomberg has more than doubled. Houston Mayor Sylvester Turner endorsed New York City's former mayor on Thursday, which comes at a critical time for the candidate.

While Bloomberg was in Houston, he apologized for the stop-and-frisk policy police used during his tenure, which was widely seen as problematic due to its potential for racial profiling. Whitely spoke with Ross Ramsey of The Texas Tribune about Turner’s endorsement, the new poll and what it all means for Bloomberg.

Ed Gray of The Commish Radio Show shares his opinion on how united Democrats will be in 2020. He explains that while none of the Democratic candidates are perfect, whoever wins will need to "restore decency to the office and American people" in his opinion. And while Gray has been supportive of Joe Biden, he’s also considering Michael Bloomberg as a candidate to support.

It's a race to the right as Rep. Kay Granger, R-Fort Worth, seeks her 13th term in the U.S. House. She has President Trump’s endorsement, but her opponent Chris Putnam claims he’ll be a better partner to Trump. It is her strongest challenge yet, and the race highlights some of the pitfalls facing Republicans, even if they have an endorsement from the president ahead of the primaries.

Granger was asked to appear on Inside Texas Politics, but turned the opportunity down.

If Democratic voters cannot decide on a nominee, delegates at the national convention in July will decide for them. How divided are Democrats? That’s what sparked the debate for this week's Flashpoint. From the right, Wade Emmert, former chairman of the Dallas County Republican Party, and from the left, Rich Hancock, from VirtualNewsCenter.com.

Eleven of the 12 Democratic candidates for Texas' open Senate seat will take part in a debate Tuesday in Austin. Ashley Goudeau, who will help moderate the debate, says everyone is watching this debate to see who will stand out. Unlike when Beto O’Rourke ran against Sen. Ted Cruz, no one has stood out in this field. On Tuesday, moderators plan to dig into each candidate’s policies and allow voters to get to know them. 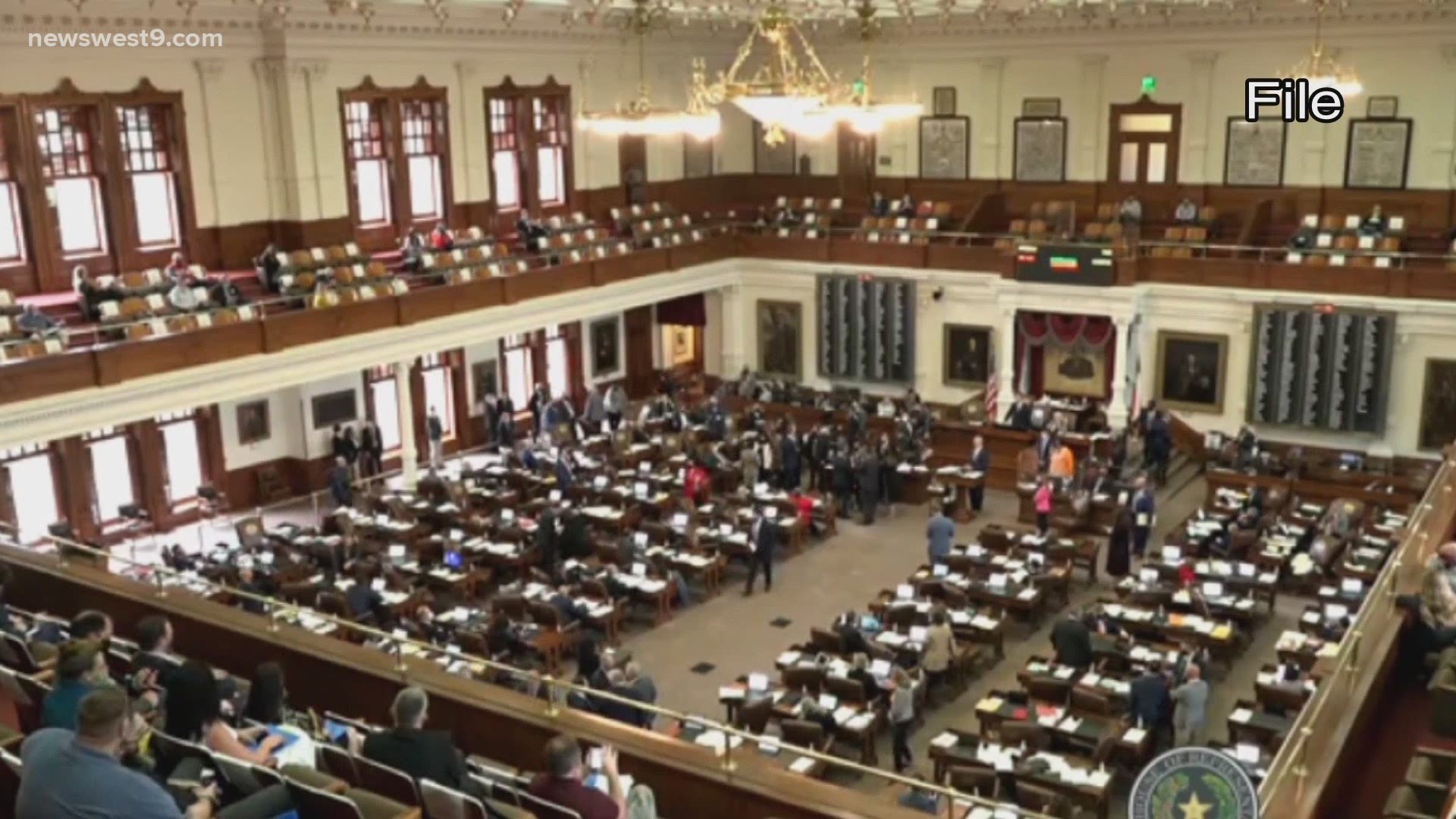