If you live in Texas, a presidential candidate is trying to reach you

Democratic candidates are upping their presence in the delegate rich Lone Star State. 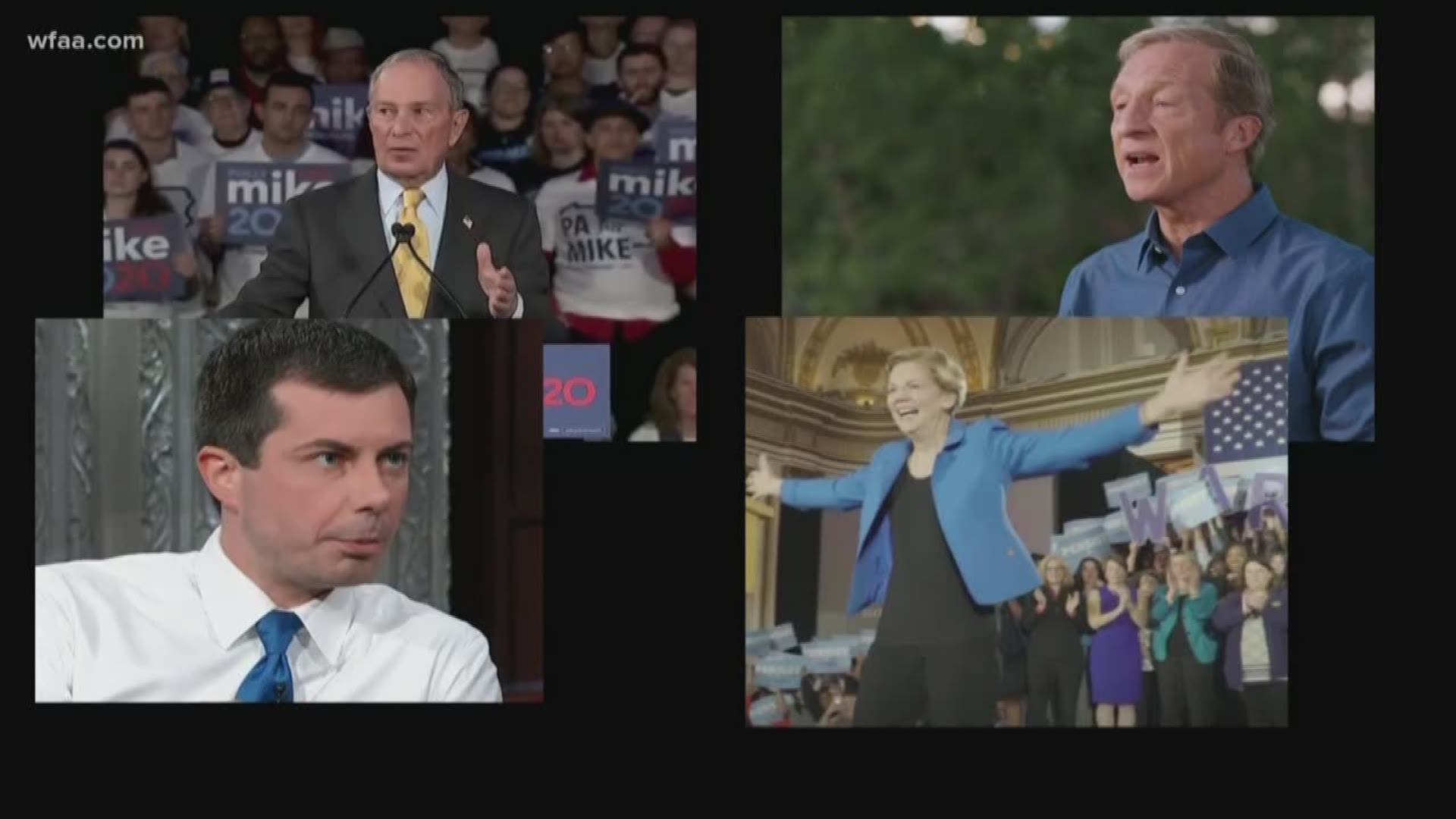 DALLAS — After Iowa and New Hampshire voted, but before Nevada and South Carolina have their say, staffers working for democratic presidential candidates started zeroing in on Texas.

With 261 delegates up for grabs, the Lone Star State cannot be ignored.

Sanders, Joe Biden, Tom Steyer, Mike Bloomberg all opened physical offices in Dallas. Bloomberg has a total of five offices in the immediate Dallas-Fort Worth area.

RELATED: Bernie Sanders campaign to open five Texas offices, including one in Dallas

Elizabeth Warren has four offices in Texas, including one in Fort Worth.

A deputy press secretary in the Pete Buttigieg campaign said because their volunteers and supporters already live in the communities where they are organizing and mobilizing, they don't need a physical office.

Daugherty believes the presence from candidates he's seeing in 2020 - in the form of offices, rallies, visits from surrogates, or canvassing efforts - is energizing Democrats.

“We’ve been the red, Republican-controlled state,” he said. “That wall seemed so insurmountable.”