According to Gov. Abbott's letter to the president, "more than 11,000 minors have been apprehended crossing the border into Texas" this year. 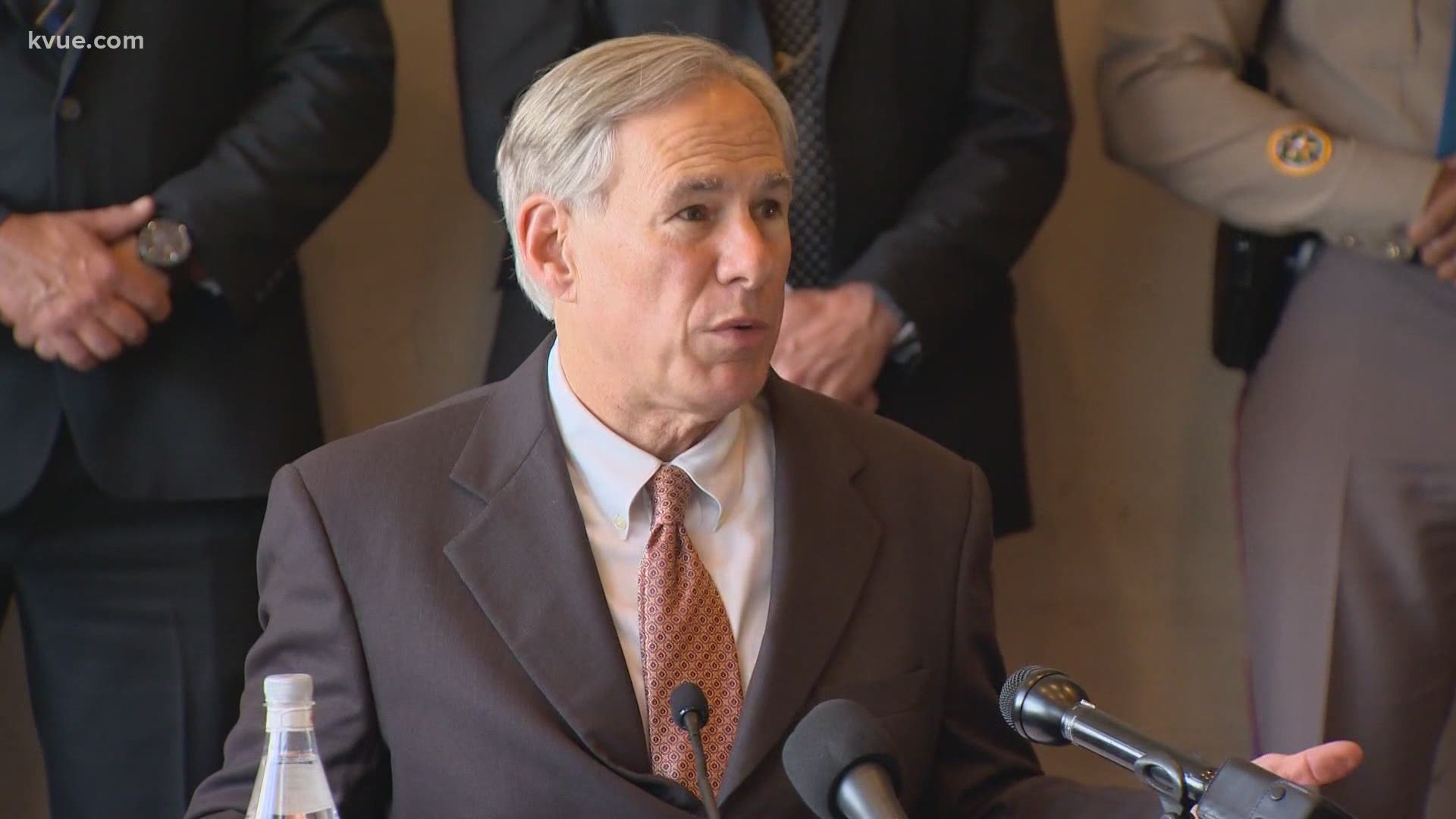 AUSTIN, Texas — Gov. Greg Abbott sent a letter to President Joe Biden Tuesday, demanding answers to what the governor called a "humanitarian crisis at the southern border." In recent weeks, the governor has blamed the president for a "surge" in migrants at the Texas-Mexico border.

"Recent decisions by your administration are emboldening dangerous cartels, smugglers, and human traffickers to ramp up their criminal operations," Abbott wrote in the letter. "In many cases, these criminals entice unaccompanied minors into inhumane conditions and expose them to abuse and terror."

The governor asked the Biden administration to "interview every unaccompanied minor coming across the border to determine if any child has been harmed, groomed, or victimized by human traffickers in any way" and demanded that the administration "make clear what they are doing to prosecute human traffickers and address the surge in border crossings."

According to Abbott's letter, "more than 11,000 minors have been apprehended crossing the border into Texas" this year.

This comes as photos from a border facility in Texas showed children crowded inside small rooms.

President Biden told reporters Sunday that he would go to the border "at some point."

In the letter, Abbott asked President Biden for answers to the following questions:

You can read the governor's full letter to the president below: 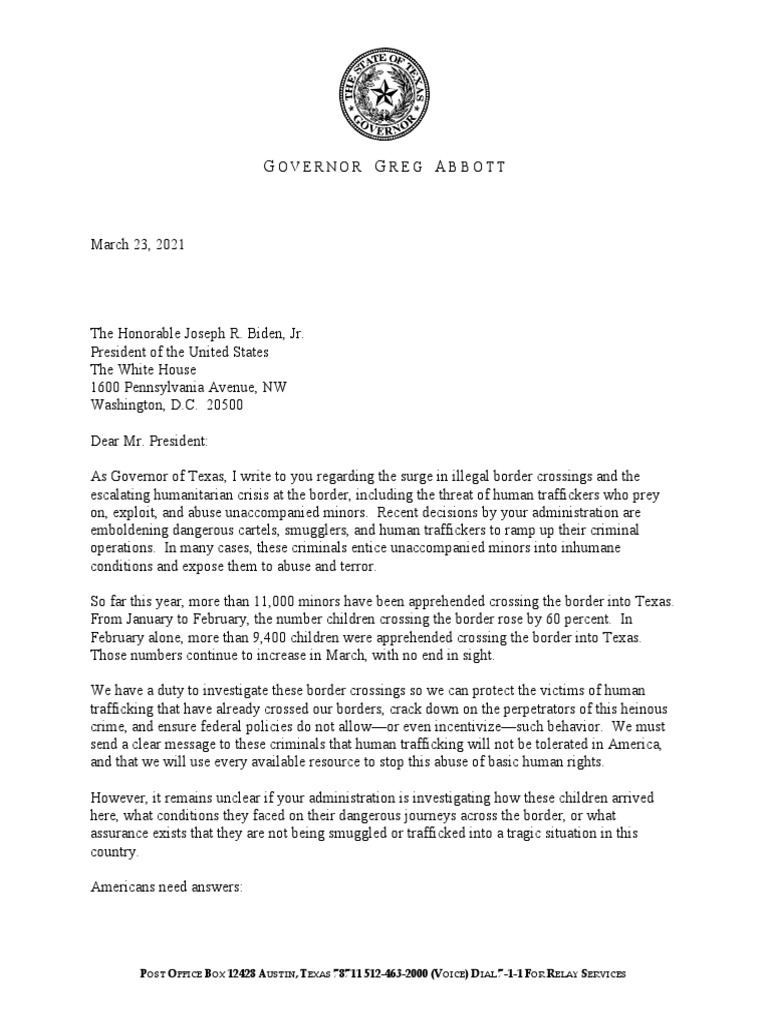 Abbott Letter to Biden 03232021 | Human Trafficking | Smuggling
President of the United StatesThe White House1600 Pennsylvania Avenue, NWWashington, D.C. 20500 As Governor of Texas, I write to you regarding the surge in illegal border crossings and theescalating humanitarian crisis at the border, including the threat of human traffickers who preyon, exploit, and abuse unaccompanied minors.

Could the future of Barton Springs Pool be in jeopardy? A City official says so if a Texas bill becomes law

'What are we going to do?' | Downtown Bertram, businesses devastated by storm damage