One more count: found ballot box to be opened Friday

This count could mark the third time the Midland ISD bond election results have changed. 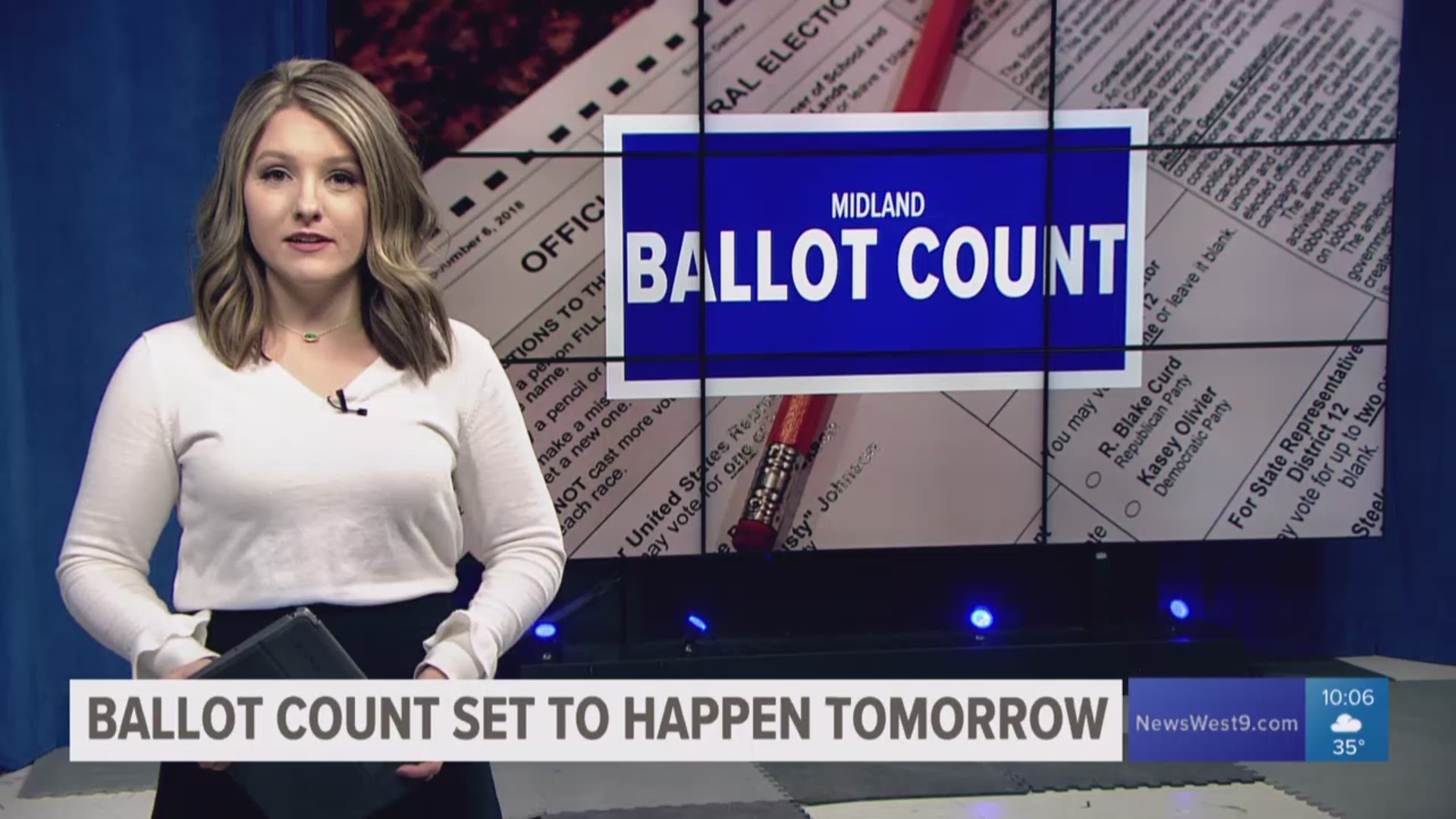 MIDLAND, Texas — The fate of the Midland ISD bond could be decided Friday afternoon.

The judge presiding over the election contest has ordered that the found 836 ballots be added to the recount results.

All 836 ballots will be counted beginning at 1p.m. inside the Commissioner’s Courtroom of the Midland County Annex. Each ballot will be tabulated with the tallies that were reported during the recount.

A representative from each SPAC will tally results while a county elections official counts each ballot.

You'll remember, that ballot count is happening in the very courtroom where the mystery ballots were officially discovered by elections administrator Deborah Land in December.

The ballot box that is ordered to be open Friday afternoon was misplaced following the Nov. 5 election. It contains 836 ballots that were not counted at the time of the recount that took place Nov. 22-23.

We Choose Our Future co-chairs Christine Foreman and Dave Joyner filed to contest the election, though Better Bond for Midland is asking for a new election to be ordered.

Midland ISD stated last week that they would accept whatever outcome is found and made official by the judge Friday.