Why does Super Tuesday matter so much, and what role does Texas play?

Everything's bigger in Texas-- and that includes the delegate count. 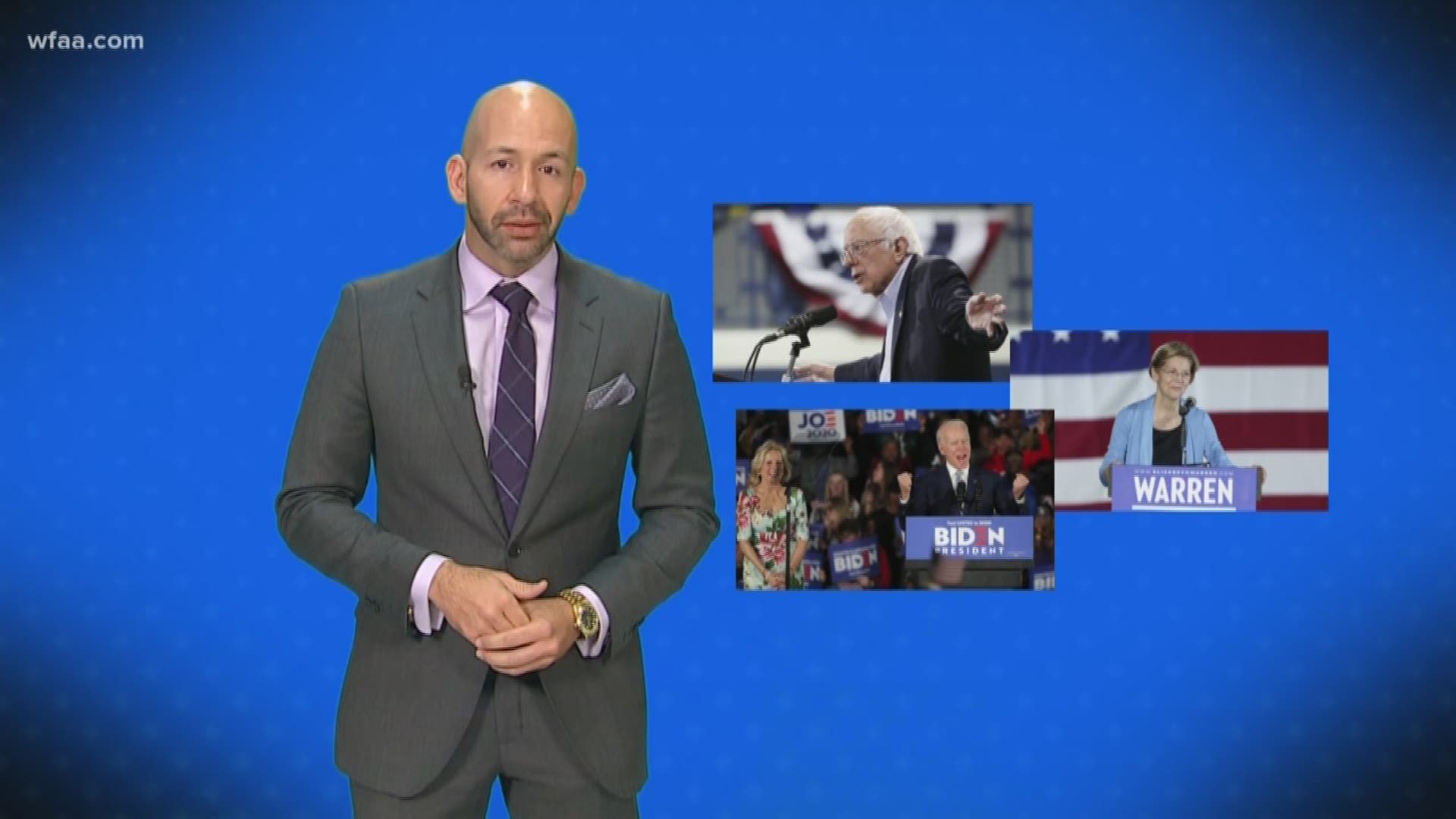 The results are still coming in from Super Tuesday, the biggest election night of primary season.

Former Vice President Joe Biden appears to have won the night, in what many are calling a stunning turnaround for his campaign and a let-down for Sen. Bernie Sanders.

And that goes to show the power and importance of Super Tuesday.

Why is it so important?

Because 14 states all held their primaries on the same night.

That means that 34% of all the pledged delegates in the country were up for grabs, a make-or-break night for campaigns looking at their viability moving forward.

The candidates in the democratic primary for president focused heavily on Texas in the weeks leading up to election night.

The state has 228 pledged delegates to award, the second-most of any Super Tuesday state, being only behind California and its 415.

Pledged delegates in Texas are awarded in two ways -- Senate district races and the statewide race.

149 of the state's delegates are divided up between the 31 state senate districts and awarded proportionally based on results in the district.

The remaining 79 delegates are also awarded proportionally, but based on statewide results.

However, a candidate must receive at least 15 percent of the vote in that particular senate district or the statewide race in order to take any share of the delegates.

With so many candidates running on Super Tuesday, there is a real chance some will fail to reach 15% state or district-wide, meaning they would be shut out from getting any delegates in those races.

In fact, that's what has appeared to happen to Sen. Elizabeth Warren in Texas. She had 12% of the vote statewide with 91% of polling locations reporting by 6:30 a.m. Wednesday.

And for former Mayor Michael Bloomberg, that 15% cut-off could be make-or-break as well, as he was sitting right on the line at 15% statewide Wednesday morning.

RELATED: With an unusually large Democratic field on Super Tuesday, delegate cutoff looms large for some presidential candidates in Texas

The delegate race will end this summer in Milwaukee with the Democratic National Convention, but it could come sooner if a candidate can make it to the magic number of 1,991 pledged delegates to win the nomination outright.

That, however, does not appear to likely come soon, with many predicting the race will now be long and drawn-out and mainly between Biden and Sanders.

But again, the more candidates that remain in the race, the more likely it becomes none will reach that magic number.

That would lead to what is called a “brokered convention,” which has not happened since both parties dealt with it in 1952.

It is not clear how a brokered convention would play out, but it would likely come down to party leaders “brokering” a deal to unify behind one of the frontrunners to secure the needed delegates for the nomination, relying more heavily on super delegates to help make that decision.

Texas has 33 of those. For more of a deep-dive on the delegate process in Texas, click here.