Right now, no one has a clear answer. 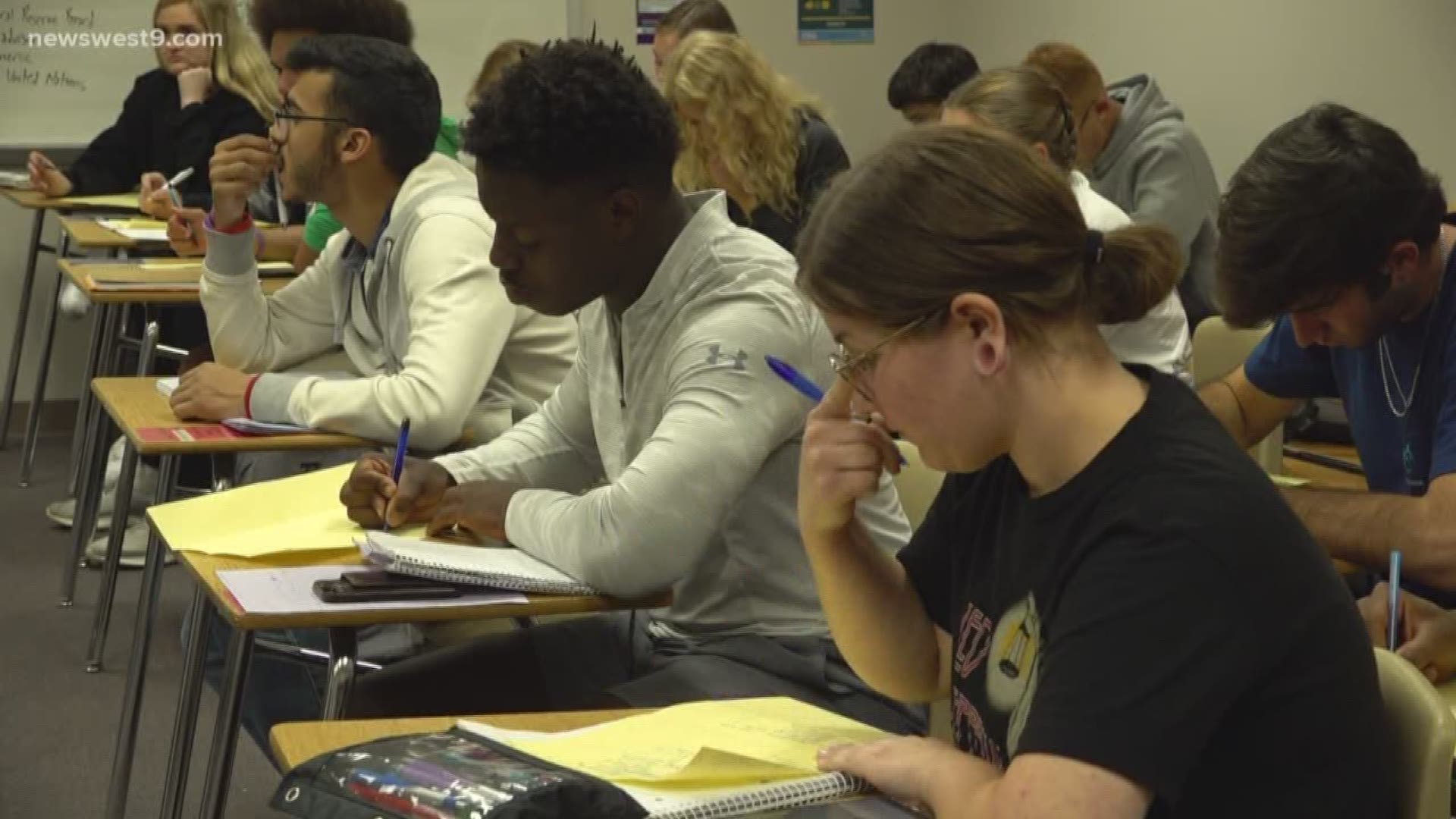 MIDLAND, Texas — Call it counting chaos. A recount of the Midland ISD school bond election resulted in it narrowly passing by just eleven votes. The recount also revealed a discrepancy in the number of ballots cast. There are more than 800 ballots unaccounted for.

So what happened? That's the question everyone is asking.

And tonight, still no one has an answer. Are there, in fact, ballots missing? Was it a machine error on election night? No one knows.

Midland County Elections Administrator Deborah Land says she has contacted the Texas Secretary of State and the voting machine vendor ES&S on what the county's next steps should be.

The recount committee spent all of Friday and the early morning hours of Saturday recounting every ballot from the sealed ballot boxes. Nine teams were made up of a representative for We Choose Our Future, Better Bond for Midland and a neutral party. One member of each team read the ballots aloud and the other two team members tallied the votes and checked to make sure tallies matched every 10 votes.

The only person that was in that room Friday that has gone on camera to publicly comment on the process is Midland ISD school board president and recount supervisor Rick Davis. He still stands by that number the committee came to.

"If it's a choice between the voting machines, those counted, in which there were reported problems, and what we did, I'm going with what we did Friday. Everyone was present, everyone had equal representation, everyone eyeballed every single ballot and agreed how they should be counted," Davis said.

We Choose Our Future issued a statement over the weekend, writing in part, “We are grateful we had the opportunity to work alongside one another to ensure an accurate count in this election. We also want to express our sincere gratitude to everyone who worked so diligently and professionally to get the recount completed. While we look forward to breaking ground on the much needed new and remodeled schools for Midland’s students, we also look forward to working with all those who became engaged in the greater discussion about the issues surrounding education in Midland through this process.”

Better Bond for Midland plans to put out a press release before Thursday detailing their next steps. Midland County Commissioners are getting familiar with logistics of what could happen next. They and the county judge will be involved if the recount is contested.

ES&S Machines are working hand-in-hand with Midland County to get to the bottom of the ballot issue.

They released a statement, writing: Wwe have pledged our assistance in determining why the hand count audit yielded different results. In addition to paper ballots, our systems contain a number of auditing features to help determine the correct outcome of the elections. We are confident that the process will provide full accountability for the results."

“A recount of the entire election is within the state and county's authority. Doing so would go a long way toward restoring the community's faith in our election system for this election and elections to come.”

This is a developing story. Stay with NewsWest 9 as we learn more.