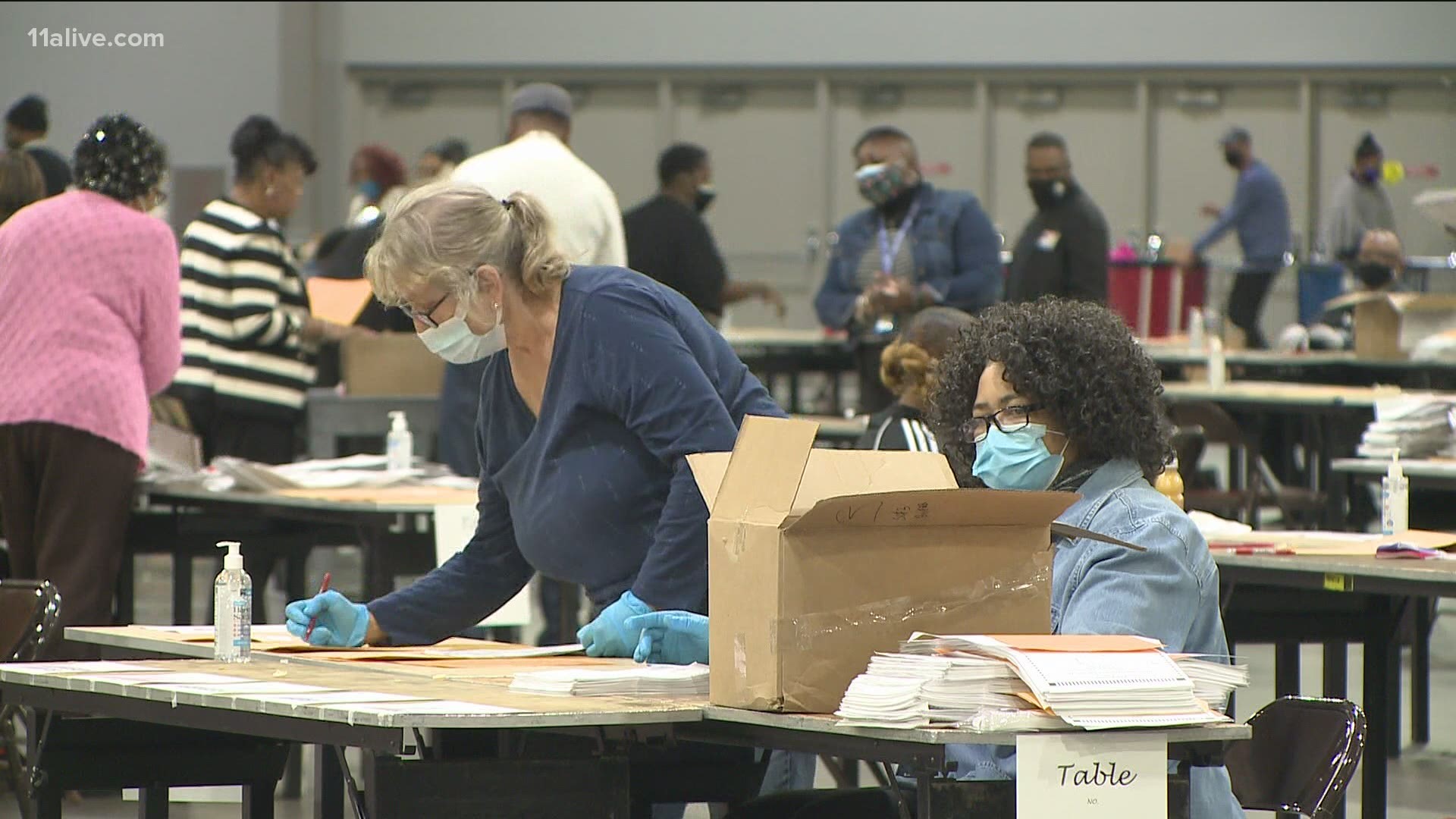 ATLANTA — Georgia's Secretary of State's office says a signature audit of absentee ballots in Cobb County has found no fraud.

The Georgia Bureau of Investigation's audit of the November election is finally complete.

The results of the audit, completely squashing the narrative that has been repeated multiple times by President Donald Trump.

According to the audit, the GBI found no fraud.  Just two mistakes.

Raffensperger's office is calling this the "third strike," saying voter fraud claims are out.

Those who keep pushing the voter fraud narrative in Georgia were disappointed again on Tuesday after a third review showed no proof of voter fraud in the 2020 presidential race.

RELATED: Kemp thinks Cobb signature audit results could come soon; official says it 'looks like they were doing it correctly'

Earlier this month, the Secretary of State's office ordered a signature audit for the November election results in Cobb County.

According to the audit, the GBI looked at 10% of the absentee ballots and found no fraudulent ballots -- but they did find two ballots with errors.

"What they determined was a couple of irregularities that would not have changed the outcome of the elections," said 11Alive political analyst Andra Gillespie.

This is the third attempt by the Georgia Secretary of State's office to rebuke claims of voter fraud. A hand recount and machine recount of the overall vote were conducted in November.

"I wouldn't view this as a waste of time, but I would view this as a reassurance that the Secretary of State's office and election workers weren't doing the sloppy work that some alleged they were doing," Gillespie said.

So, is this the end of the road for voter fraud claims in Georgia?

"This certainly isn't the nail in the coffin," she said. "I expect that there will be some maneuverings on the House floor next week, and that would be the last-ditch attempt for the Trump Administration to try to re-litigate the results of the November election."

The signature audit was the first of its kind in Georgia.

President-elect Joe Biden won the state of Georgia in November by about 12,000 votes.