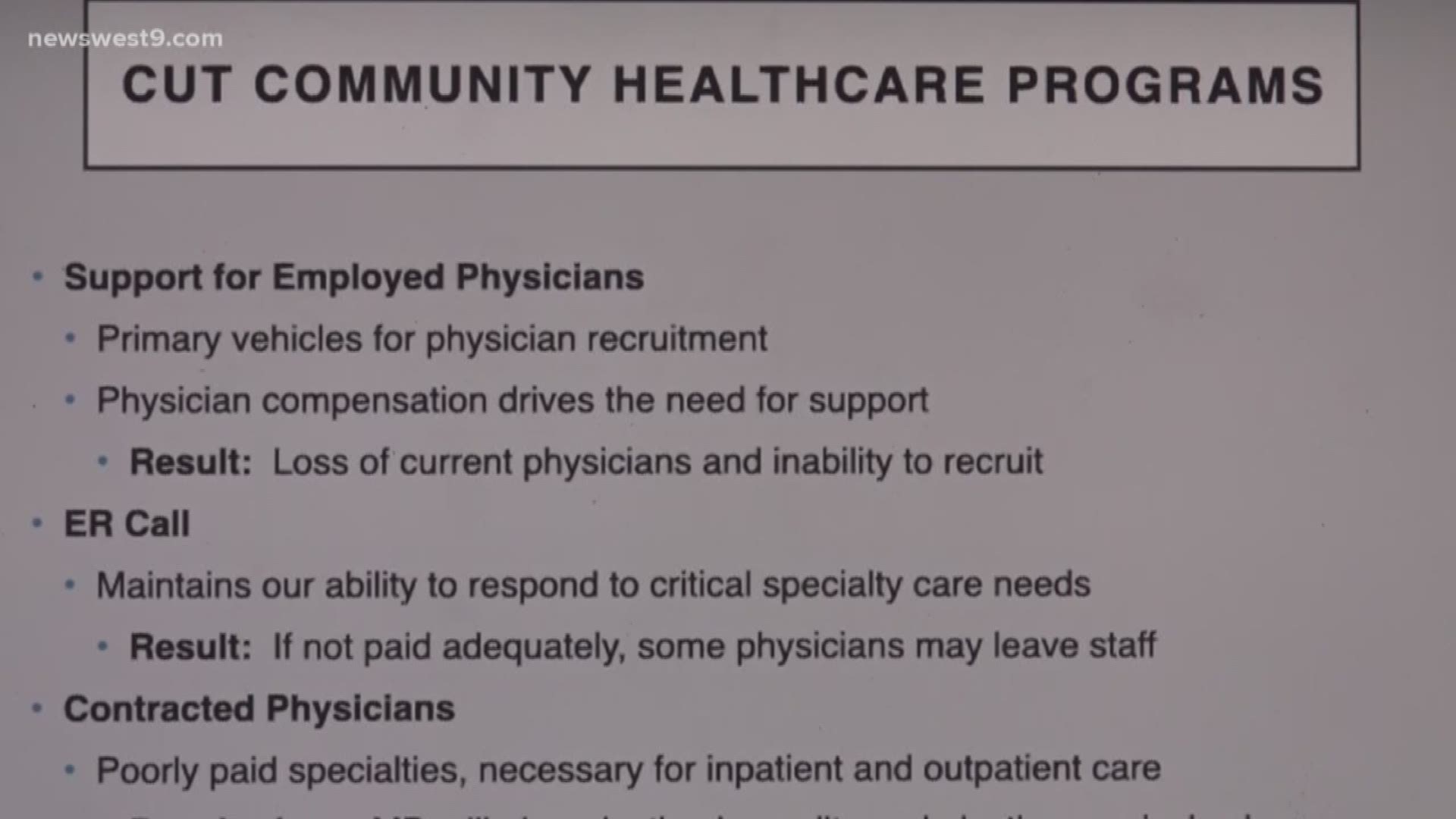 The ballot features a couple of Republican and Democrat run off races, and a big decision for Midland County's Hospital District in the form of Prop "A."

Prop A requests a sales tax increase for Midland County of .25%.

The increase would bring the county's sales tax to 8.25%

Hospital district projections estimate that would generate nearly $28 million a year for the district.

Officials requested the special election for Prop "A" as they prepare for the possibility of large cutbacks in federal funding, as the U.S government prepares to roll back Medicaid supplements.

This chart provided by the Midland Hospital district shows a more than $23 million cut back starting in 21, and increases annually to a total of more than $38 million cutbacks in 2024.

Officials with the Midland County Hospital District say if Prop "A" is not approved they would have to consider an ad valorem tax, or a major cutback in the programs offered by Midland Health.