There are several Midland City Council seats on the November ballot, as well as a bond in Greenwood. 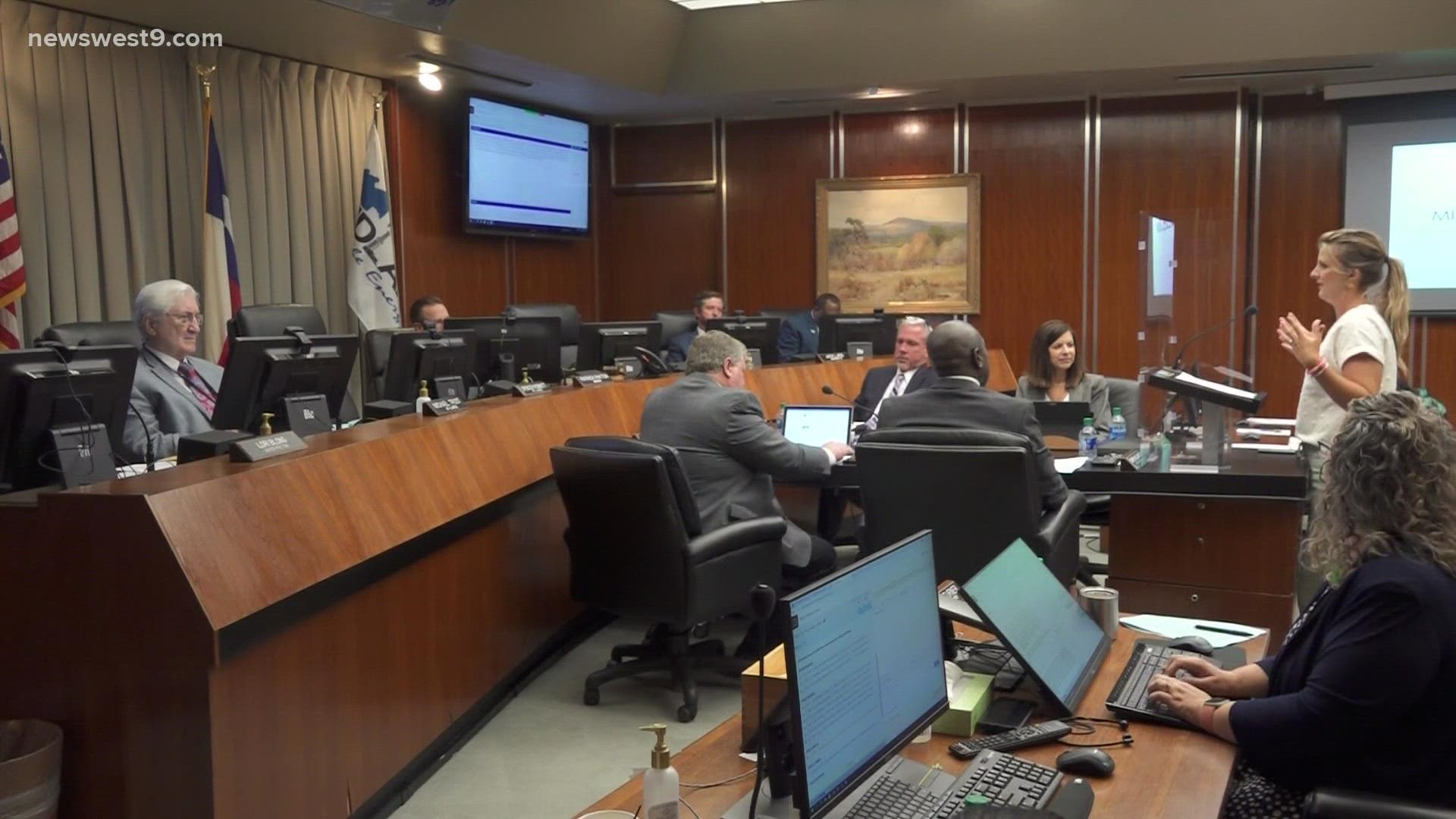 MIDLAND, Texas — The upcoming November election has several city council seats up for re-election in Midland, but one seat has technically been filled already. Districts 1 and 2 are on the ballot, as well as both at-large seats.

John Norman ran unopposed for District 2, leaving District 1 and the at-large seats still open. In District 1, Scott Dufford, the current councilman, is running against Ross Schumann, who originally was running for an at-large seat.

The current council members for the at-large seats are Spencer Robnett and Michael Trost, and both are seeking re-election. Three other candidates are also running for the two seats. These candidates are Robin Poole, Dan Corrales and Dustin Johnson.

Despite these candidates all running against each other, a lot of them see the same issues that need to be fixed, including the city's infrastructure.

"Continued maintenance and forethought into the big things like infrastructure, which includes roads, which includes water and sewer," Poole said. "We have to be good stewards of the things that we have, and we have to stay up-to-date on the maintenance of those items."

Something else that many of these candidates see as an important issue is working on the parks.

"You know, improvements to our parks and rec., which we're in the process of doing," Norman said. "You know we have Centennial Park downtown, but we have allocated some money and things of that nature to be able to improve our parks, not only our large parks, but our smaller parks as well."

Another issue for some of these candidates is making Midland more economically diverse to help during any potential busts in the oil industry.

"I wanna bring new jobs, new infrastructure, new businesses to the city that are going to give people that opportunity in the future to branch out from oil and gas, to have other technical competencies come into the city and grow our city, grow our culture, grow our quality of life," Schumann said.

Another issue people could see on the ballot, at least those in Greenwood ISD, is a bond. The bond will total $140 million for new construction and renovation projects.

You can see how much you could be financially impacted annually by the bond here.

Additionally, more information about the bond can be found here.