Trump attorney Rudy Giuliani met with Georgia state lawmakers once again on Wednesday. The subject? The outcome of the election. 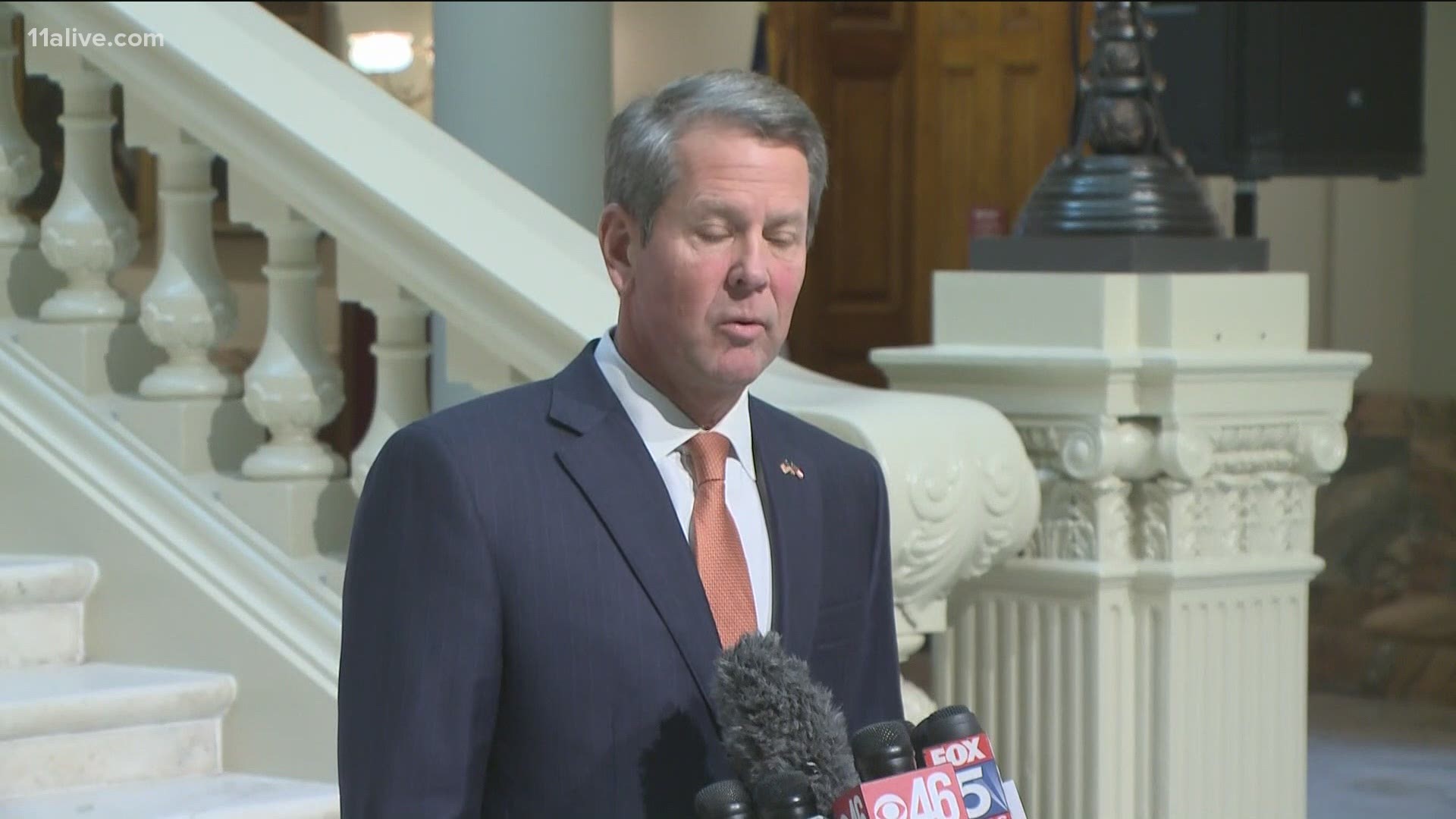 By doing so, Giuliani caught the ire of Gov. Brian Kemp, who criticized his testimony and his behavior during a press conference Wednesday afternoon at the State Capitol.

Giuliani told a Senate subcommittee he had little use for Georgia’s election recounts or election audits. That included an audit by agents of the Georgia Bureau of Investigation, among others, of absentee ballot signatures in Cobb County.

"The recount in Cobb County is a joke. It’s an insult," Giuliani declared during the hearing.

"That’s a joke," countered Kemp during his press conference a few hours later. "He doesn’t know the Georgia Bureau of Investigation very well."

Kemp also defended state troopers at the Capitol, whom he says had to manage Giuliani’s unruly behavior, when the former New York City mayor couldn’t find the committee hearing room.

"Him giving Georgia State Troopers on the Capitol grounds a hard time when he's trying to figure out where the committee is meeting -- we don’t appreciate that down here in Georgia," Kemp said. "That’s not how we treat people down here."

Kemp said he has no plan to attend a rally next Monday in Dalton for Republican senators Kelly Loeffler and David Perdue. The rally's headlining speaker is President Trump.

Trump has repeatedly blasted Kemp for what he has called his failure to help him overturn Georgia's election results.

In a tweet on Wednesday, Trump called on Gov. Kemp to resign from office.

Hearings from Atlanta on the Georgia Election overturn now being broadcast. Check it out. @OANN @newsmax and many more. @BrianKempGA should resign from office. He is an obstructionist who refuses to admit that we won Georgia, BIG! Also won the other Swing States.

"I haven’t been invited to the rally yet," Kemp said.

The governor did note that he has attended other events backing Loeffler and Perdue, who face Democratic candidates Raphael Warnock and Jon Ossoff in the January 5 senate runoff election.