The audit comes after a claim that election officials in the county did not follow proper procedures in matching signatures. 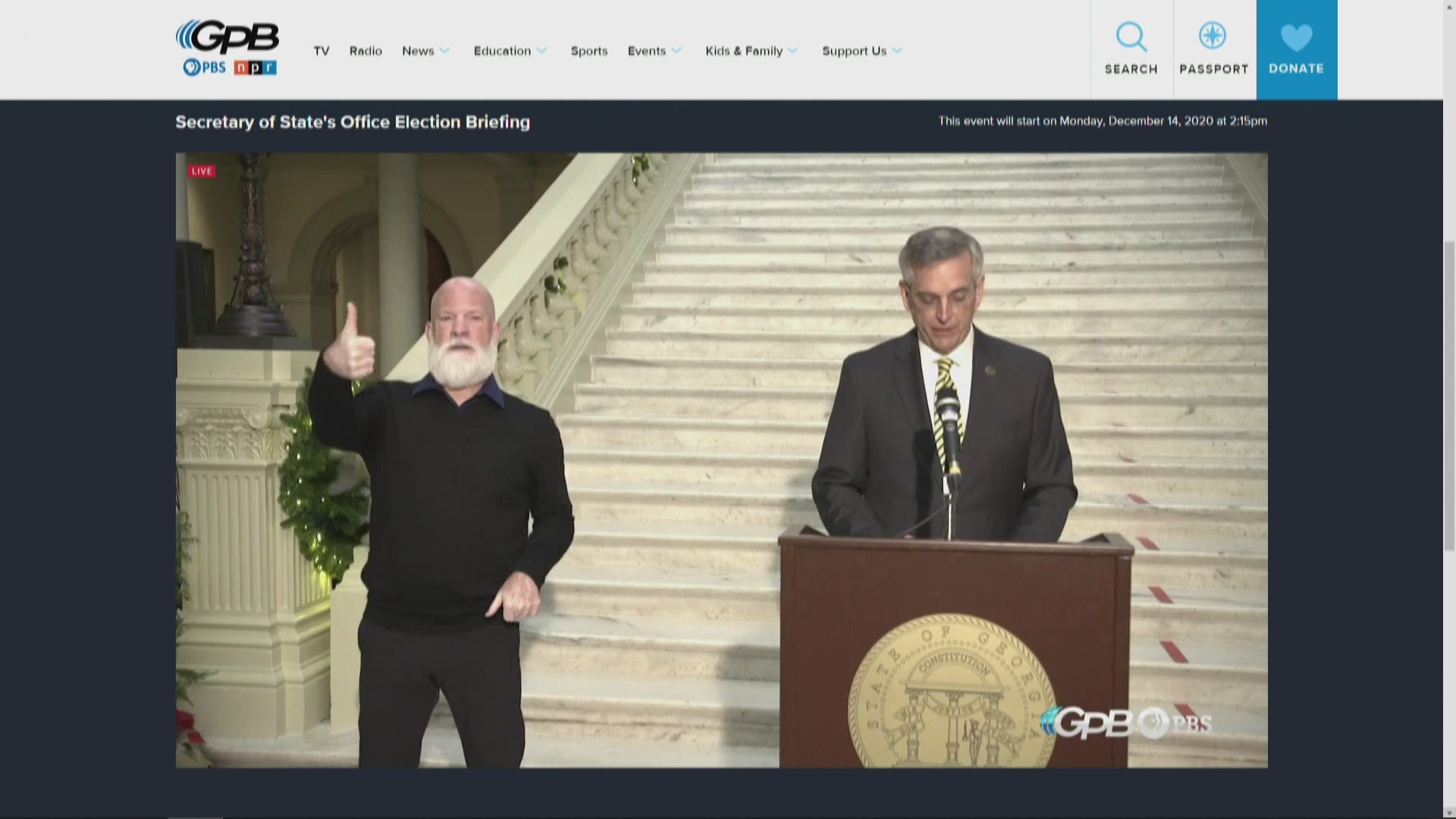 ATLANTA — The Georgia Secretary of State's Office announced during a Monday briefing that they would be conducting a signature audit in Cobb County.

The audit comes after a claim that election officials in the county did not follow proper procedures in matching signatures during the June primary - a claim that Gabriel Sterling with the Secretary of State Office said they are looking into.

"Right now, we have a specific allegation in Cobb of the process not being followed properly, so under our investigatory powers, that is where we're starting," Sterling said during the briefing.

Sterling said there has been no other specific allegation made except a generalized "we don't trust these people."

"For all we know, the process was followed," Sterling added. "That's the hopeful outcome that we're going to see, but we can't say that until we actually do the investigation."

Cobb, Sterling said, is the only county in which the claims were made and in which an investigation - which would include looking at a sampling of signatures on ballot envelopes - applies.

"This is about investigating the allegation and while at the same time enhancing people's fundamental belief in the overall system," Sterling said.

In a statement, Cobb County Elections Director Janine Eveler said her office would assist with the Secretary's order to conduct the audit.

"Even though the complaint referenced by the Secretary of State’s office stemmed from the June Primary, the audit will apparently cover signature verification for the November General Election," Eveler explained.

“I’m confident any audit would find our office followed procedures and only counted ballots that were processed correctly,” Eveler added. “Even though our resources are already stretched thin by advance voting and preparations for the January 5 runoff, we will help this process move as expeditiously as possible.”

Secretary of State Brad Raffensperger added that the Georgia Bureau of Investigation would be assisting, and the results of the audit - a move supported by Gov. Brian Kemp and Speaker David Ralston, according to Raffensperger - would be released two weeks from Dec. 14.

In a statement from the governor's office, Kemp said he was "glad" Raffensperger finally took "the necessary step to begin restoring confidence in our state's election processes."

"I have called for a signature audit repeatedly since the November 3rd election," Kemp added. "As Georgians head back to the polls for the January 5th runoffs, it is absolutely vital for every vote cast to be legal and for only legal votes to be counted."

The briefing from the office coincided on the first day of early voting for the Georgia US Senate runoff elections, which will pit Republican incumbents Sens. Kelly Loeffler and David Perdue against their Democratic challengers Rev. Raphael Warnock and Jon Ossoff, respectively.

According to Sterling, there have been more than 1 million absentee ballot requests made, with more than 261,000 ballots accepted by counties. Sterling added that so far there have been no reported issues with lines or machines.

It also came just hours after Georgia's slate of 16 electors cast their vote to officially elect Joe Biden as the next President of the United States.