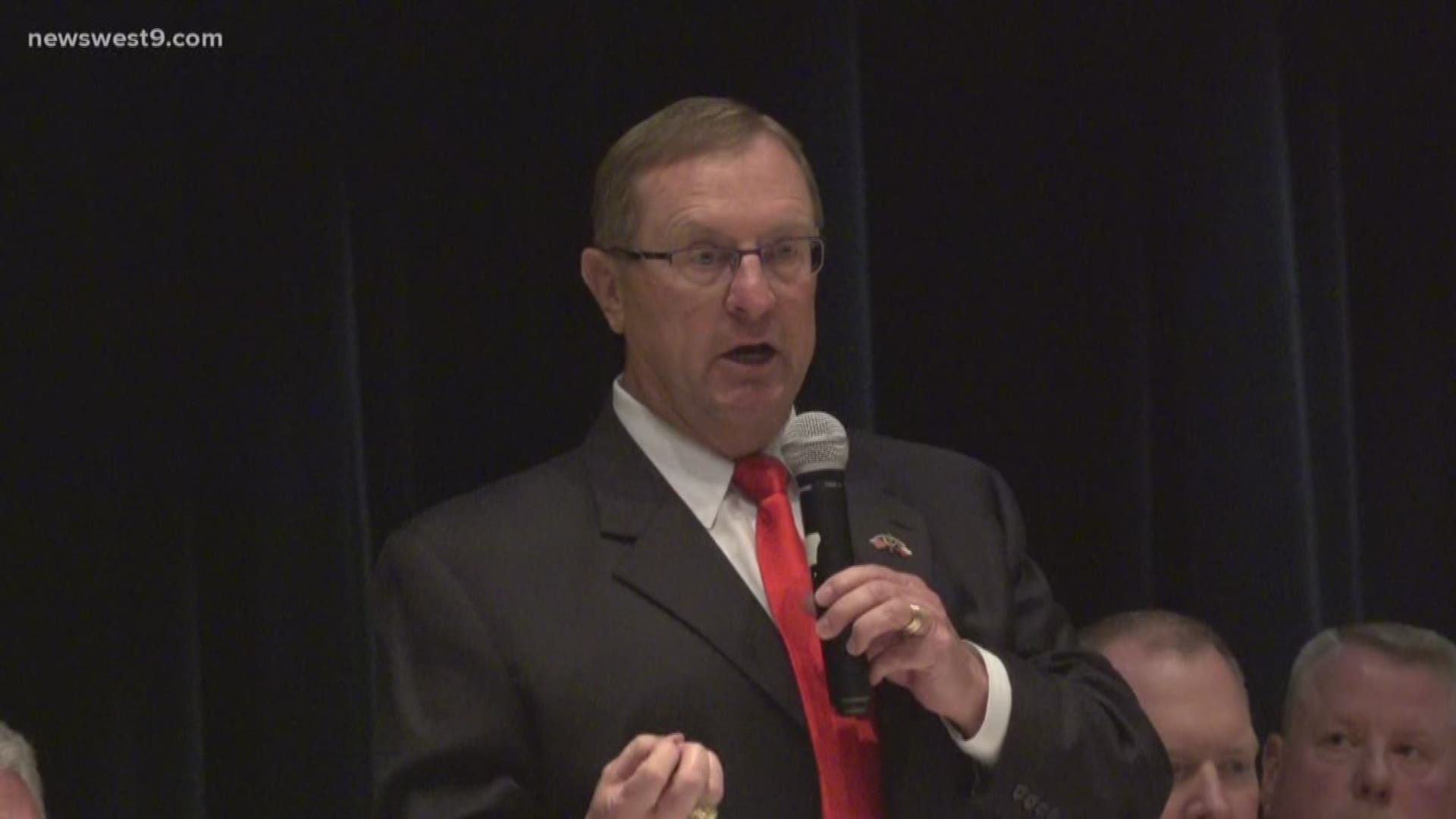 MIDLAND, Texas — Midlanders had one of their final opportunities to get to know candidates running in the March primary before early voting begins.

The League of Women Voters hosted a candidate forum for all Midland County candidates. NewsWest 9's Tatum Guinn was the moderator.

Questions from those in the crowd ranged from candidate experience to the on-going Texas Rangers investigation into a number of employees at the sheriff's office.

Joe Lozano was the first to respond saying, "There's been corruption at the sheriff's office for a long time. It's time it came to light."

Candidate Tom Hain was next to say, "Ask anyone in town, they want to know about this investigation."

Chief Deputy Rory McKinney, the only current employee of the sheriff's office running for sheriff, told the crowd he has not been questioned by Texas Rangers. "I have no comment on it. I have not been formally called by a Ranger to give a statement, so I don't know what the investigation is about," he said.

Candidate David Criner simply said, "When I first saw the news break on the investigation Monday night, I was troubled. It's troubling. That's all I have to say."

NewsWest 9 first broke the news confirming an investigation into the sheriff's office. Right now, no wrong-doing has been proven and no employees have been named in the report exclusively released to NewsWest 9 by the Texas Rangers.

Candidates in other races, including County Commissioner Precinct 1, gave their input on the Midland County Horseshoe finances.

"I think it's a fine building and the people of Midland should be proud of the economic impact it's had on our community," incumbent precinct 1 commissioner Scott Ramsey said.

At the end of the day, The League of Women Voters say it's all about education before heading out to the polls.