Some of the biggest topics discussed included nuclear waste storage, national security, oil and gas and of course, COVID-19. 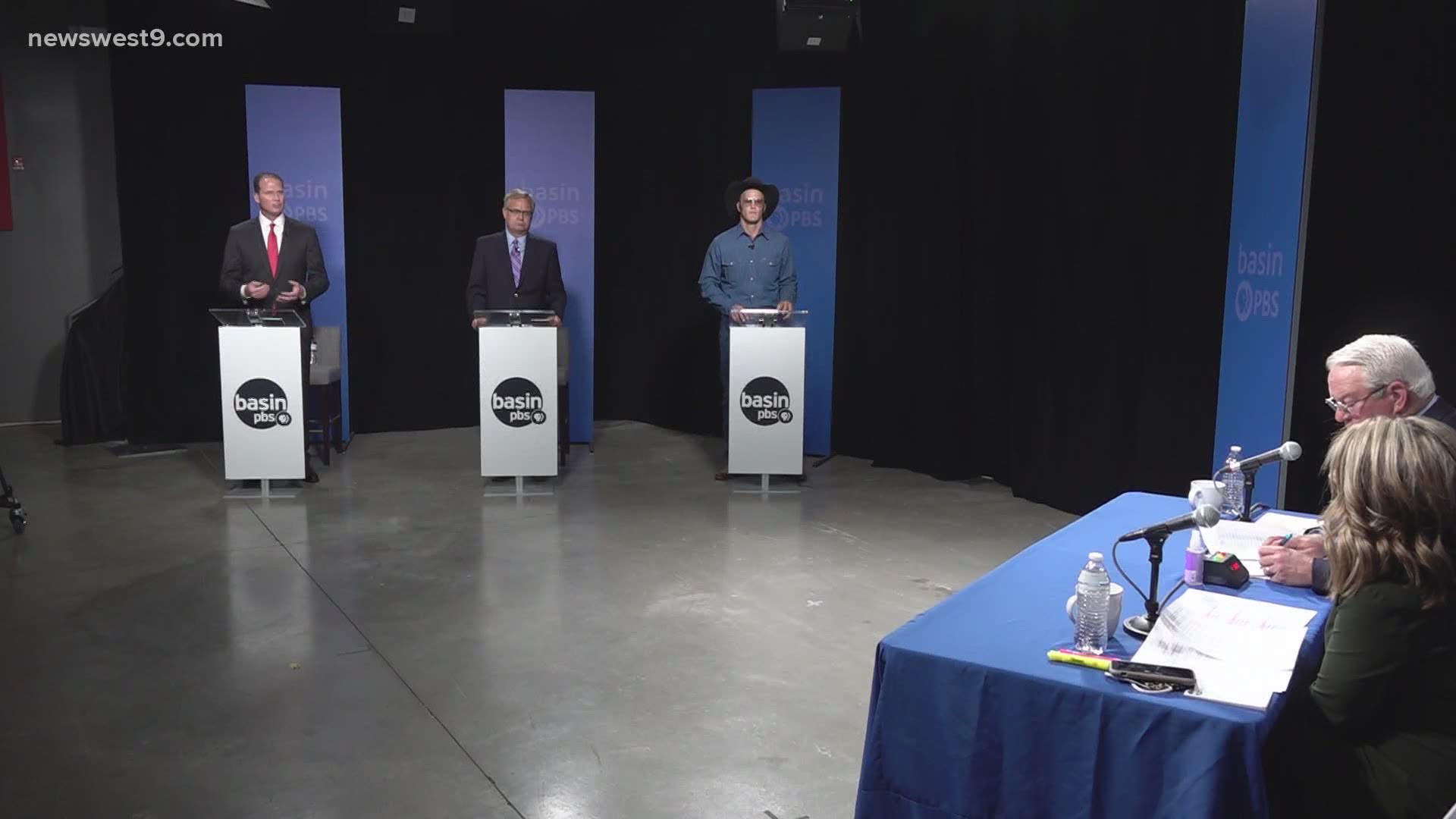 Monday was the third debate from Basin PBS, and some might argue, the most important.

That is because one of the three candidates will represent West Texans in Washington D.C. in just a few months.

NewsWest 9 teamed up with Basin PBS for the debate that Tatum Guinn helped moderate alongside Pat Canty, the publisher of the Odessa American.

Some of the biggest topics discussed included nuclear waste storage, national security, oil and gas and of course, COVID-19.

Pfluger and Hogg tended to agree on more things then they disagreed on.

"I am against any nuclear waste here in the Permian Basin," Pfluger said.

"I'm opposed to any plan to bring any radioactive nuclear waste to West Texas for storage, temporary or otherwise,” Hogg said.

"It's pretty simple...is it public or private?" Cody said. "If it is public then no because I don’t want because a guy in Kansas regulating what is safe and not here in District 11."

As for national security, China seemed to be the biggest threat.

"On an international basis, I would say China and Russia are our two greatest threats," Hogg said.

“China is the biggest threat to the United States and the world order,” Pfluger said.

But Cody believes the threat is within, from our politicians.

When it comes to oil and gas, Pfluger believes democrats will ban fracking and oil and gas and he wants anything but.

Hogg says that is not his position as a democrat, he is for fracking.

But he is also for diving more into renewable energy and diversifying the economy with technology.

Cody wants little to no federal government interfering with the oil and gas industry.

Then they tackled the subject of COVID-19.

Hogg believes President Trump has failed the nation, by not recognizing the fact COVID is an international pandemic.

Pfluger and Cody believe that the virus has become politicized and that they do not want any national mandates.

Hogg believes it should be up to the state to decide how to act on the virus.

To watch the debate in its entirety, you can visit the NewsWest 9 YouTube page.