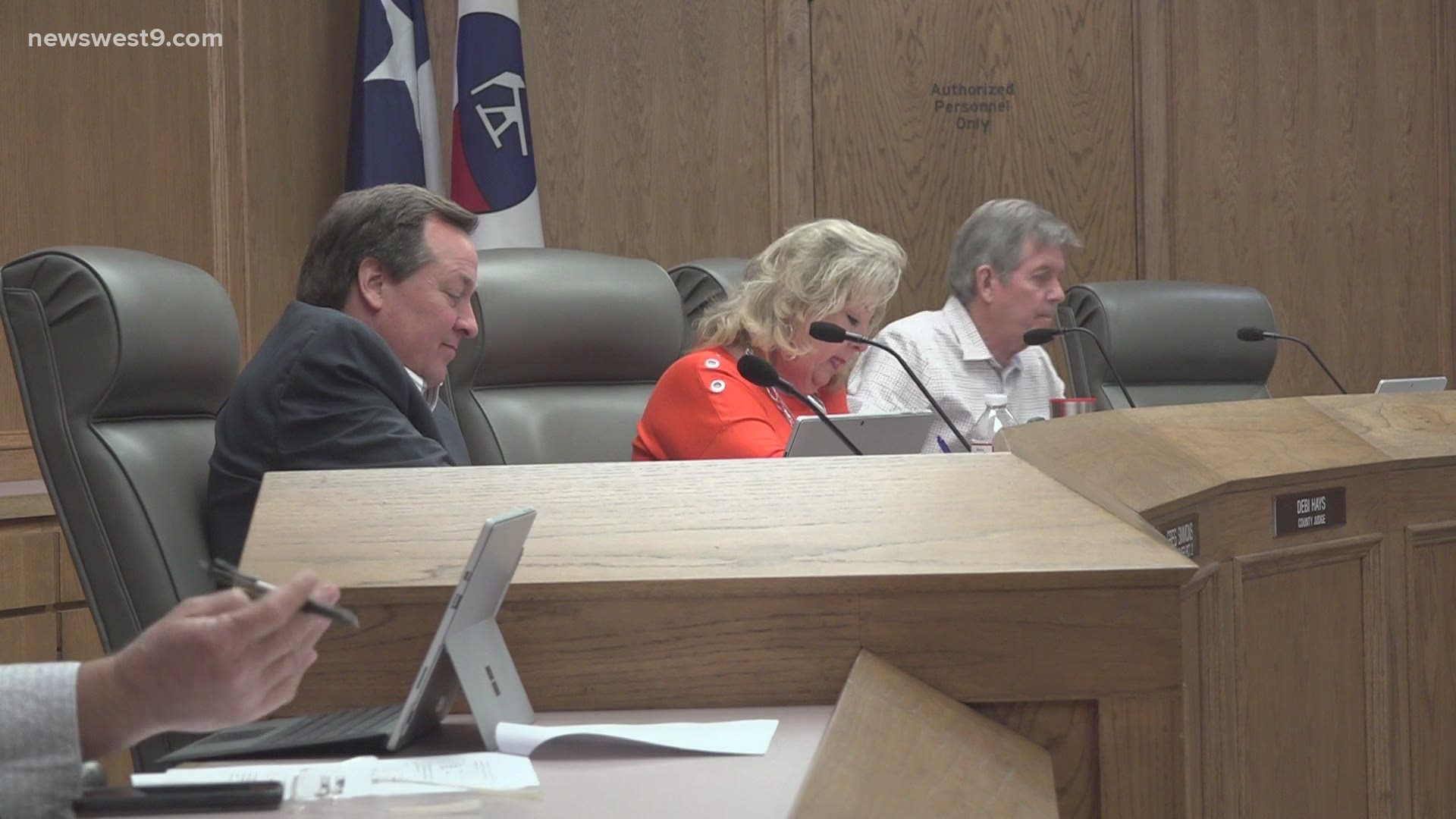 ECTOR COUNTY, Texas — The feud between the City of Odessa and Ector County is being put to rest.

Any sales tax money generated in the county will stay in the county-the verdict coming right from the Texas Attorney General’s Office late Monday.

Since last fall, there has been an ongoing dispute over sales tax money between the city and county.

The city argued that a portion of that money belonged to the city since there are businesses located in the county that use city resources like water and trash.

Ector County Judge Debi Hays is relieved by the AG's decision, telling NewsWest 9 how county employees put a lot of time and effort into the sales tax proposal that was on the ballot in 2018. She also noted how rare it is for West Texans to agree to higher taxes.

When voters agreed to the sales tax they intended the county would use those funds to better roads, law enforcement and environmental issues.

When the city wanted a piece of the pie, the county worried they would not be able to do all those things they had planned and promised voters.

“I think it’s a relief for everyone that is an employee at the county, especially our law enforcement office because a huge part of their budget is on the sales tax budget," Hays said. "So I know the citizens that advocated for passing the sales tax are probably just as relieved as we are.”

The city argued that it should receive some of the sales tax revenue since it provides water and trash to some of the businesses in the county. But the Attorney General did not go for that idea.

“The city is inside Ector County so from my perspective I work for all citizens," Hays said. "Whether you live inside or outside the city...we want to do what’s best for all the people not just some of the people.”

According to the Ector County Commissioners, revenue from the sales tax brings in a minimum of $12 million dollars a year.

“The three things the community wanted the money to be used for... number one environmental, number two roads, and number three law enforcement," Hays said.

What specific things has the county done with that sales tax already?

The county bought the Sheriff’s Office enough cars so that deputies do not have to share them and can drive them home.

They have hired more environmental officers to patrol illegal dumping and help with cleaning up the litter, and they are fixing roads like 42nd and Papa Street, along with the thousands of potholes and damage from the winter storm.

“The attorney general voting in favor of the county only echoes that when you get out and vote, your vote really does matter," Hays said.

Now that the decision is settled, the county and city can move forward together.

“I do believe that the county and city leaders can move forward and can help complement each other's needs. Because we all just want to do what best for the community as a whole," Hays said.

In a statement the City of Odessa tells us:

"The City is aware of the attorney general’s decision regarding the County Assistance District. The City is hopeful the county and city will move forward and work together in the interests of all residents."