Guns still allowed at the Texas Capitol, despite calls from lawmakers to ban them

Armed protests are being planned at all 50 state capitols and the U.S. Capitol, according to an internal FBI bulletin. 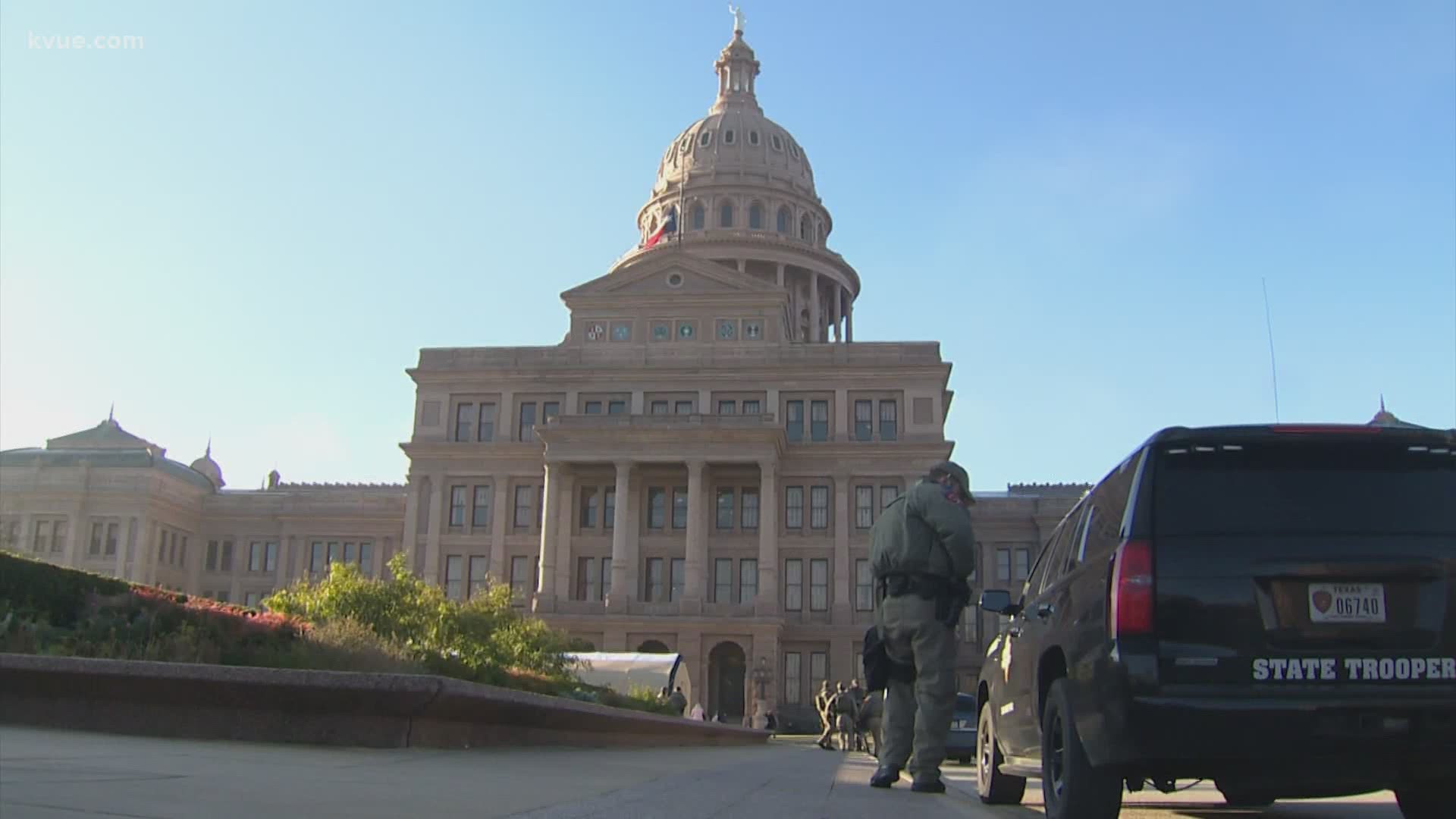 AUSTIN, Texas — People who are licensed to carry firearms will still be allowed at the Texas State Capitol amid armed protests scheduled on Sunday.

The Texas Department of Public Safety (DPS) told KVUE that licensed-to-carry persons will be allowed on Capitol grounds and inside the Capitol as the law is currently written. Licensed people may carry their guns concealed or open carry in a holster and must carry their licenses on them.

This comes as some lawmakers have pushed for a ban of firearms inside the Capitol on the opening day of the session Tuesday.

Armed protests are being planned at all 50 state capitols at the U.S. Capitol, according to an internal FBI bulletin.

DPS also told KVUE it has increased security at the Capitol ahead of these planned protests.

Opening day at the #Texas Capitol: @TxDPS told us there would be added resources & it appears that’s exactly the case with a very visible presence this morning.
“The department remains committed to proactively protecting the people and property of Texas,” DPS said in statement. pic.twitter.com/WMNwQAo47G

The San Antonio branch of the FBI told KVUE it would give support in light of the protests:

"The FBI is supporting our state, local and federal law enforcement partners with maintaining public safety in the communities we serve. Our efforts are focused on identifying, investigating, and disrupting individuals that are inciting violence and engaging in criminal activity. As we do in the normal course of business, we are gathering information to identify any potential threats and are sharing that information with our partners. The FBI respects the rights of individuals to peacefully exercise their First Amendment rights. Our focus is not on peaceful protesters, but on those threatening their safety and the safety of other citizens with violence and destruction of property."

KVUE's Bryce Newberry reported that a small group of demonstrators, some armed, were at the north steps of the Texas Capitol. According to Newberry, the group calls themselves patriots and say they don’t support what happened in D.C. last week, but are concerned about their rights and said Americans are upset about what’s happening in the country. It is important to note that it is not unusual nor illegal to have firearms at the Capitol grounds, as noted by the DPS statement to KVUE.

The group of demonstrators later left without any issues, Newberry reported.

UPDATE: Demonstration over without issue. There was more of a law enforcement presence than protesters. @TxDPS still has resources outside the #Texas Capitol for opening day of #txlege. https://t.co/FEnuDK6Log