Austin mayor says 'safety is our primary concern' with APD budget changes: 'That means safety for all'

The governor announced Aug. 18 that he plans to freeze property tax revenue for cities, like Austin, that plan to cut police budgets. 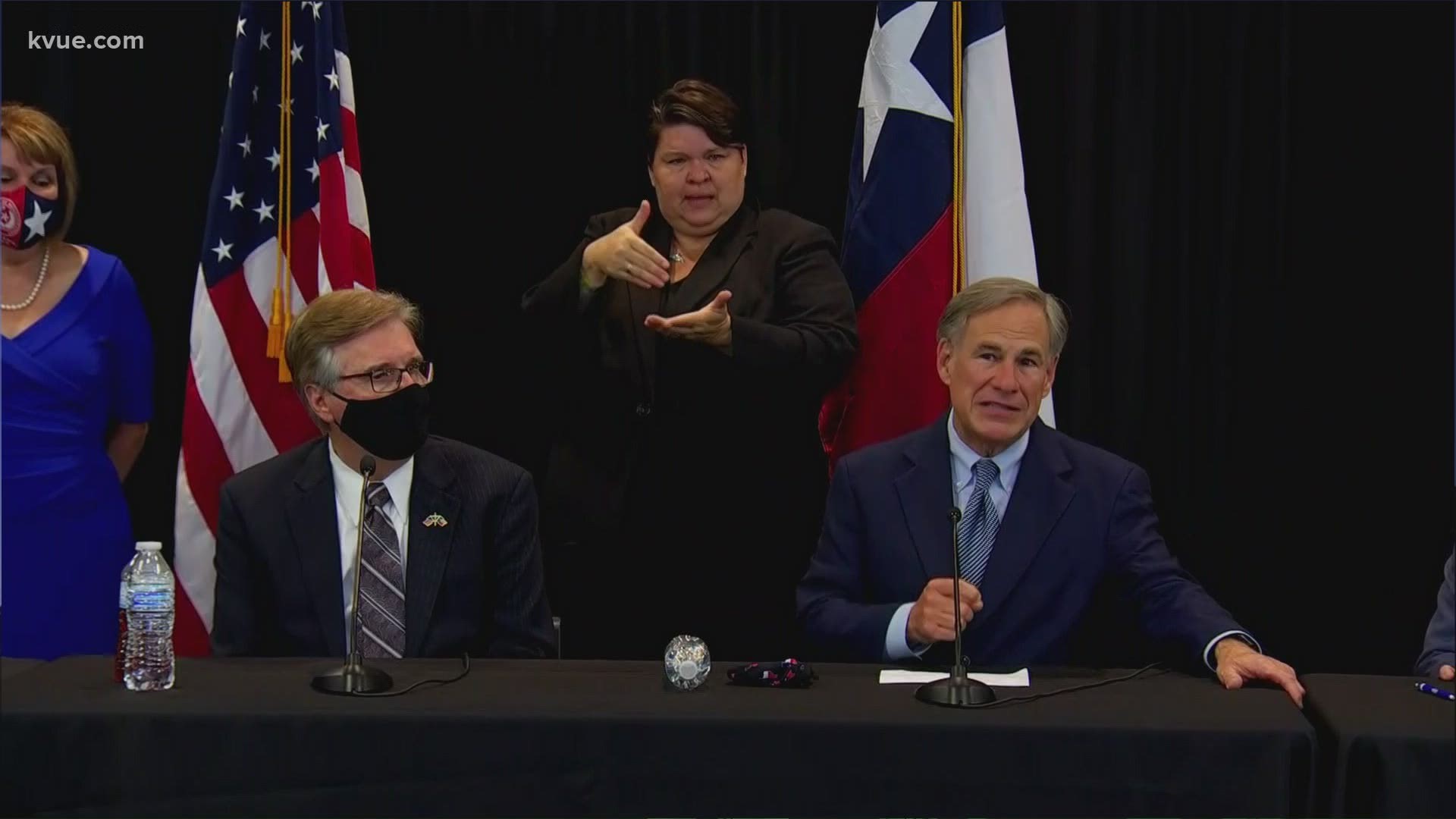 The governor announced Aug. 18 that he is proposing to freeze property tax revenue for cities, like Austin, that plan to cut police budgets.

At a press conference later that day, Austin Mayor Steve Adler said he disagreed with the characterization that the budget had been cut by $150 million. Adler said the cuts amounted to $20 million, or 4% of the police budget, around the same the governor requested be cut from the DPS budget. He said the changes will only affect unfilled positions and did not lay off any officers.

Adler said in addition to the $20 million, there was $80 million to move certain functions to civilian control, but no functions were ended, simply reallocated. A third bucket, Adler said, was $50 million that the mayor said "were not cuts."

"These are not things removed from the police department," he said. "In fact, there was no decision made as to if, whether or not, these functions should be changed. But we have started the work already taking a look at those functions. Does it need to be a sworn officer with a gun who's taking noise and sound measurements downtown outside of clubs?"

The mayor accused Abbott of trying to make people scared and "trading in fear" to avoid engaging in policy discussion.

"Safety is our primary concern, keeping our community safe, and that means safety for all," he said. "It's not just about reforming and then changing and training, because Minneapolis was doing a lot of both. It's about redefining public safety into a conversation that centers on the safety of the most marginalized. It's recognizing that public safety is also about health care delivery and delivery of opportunity."

7/13 The second bucket with $80 million was to move certain functions to civilian control and more independent status. No function was ended. No function was reduced. #ATXCouncil voted to not take a penny away from any of these functions. pic.twitter.com/iA2TVGhvq2

The overall budget changes Austin City Council voted on equal roughly 34% of the police department's total budget. That money will instead go to other services such as hiring more paramedics, mental health response teams and a slew of social services from workforce development to housing services for the homeless. KVUE's Ashley Goudeau gave a full breakdown of where that money is going.

Following the city council vote, Gov. Abbott said the Texas Department of Public Safety will fill in the gaps where needed. Adler responded to those comments on KVUE Daybreak, saying, "I think that the governor just doesn't know what we did. He's just reacting to the headline about taking $150 million out of police, which didn't happen."

Live: After the governor proposes legislation to retaliate against cities that defund police departments, Austin Mayor Steve Adler is speaking to the public at 4 p.m. This comes after the city council voted to slash $150 million from the APD budget. Background: https://www.kvue.com/article/news/politics/cities-that-defund-police-departments-will-face-freeze-on-property-taxes-gov-abbott-proposes/287-b005ecdd-f330-45ba-aec5-d49a3ffe56b6