City council passed a resolution on Thursday, calling on state and federal leaders to take all actions necessary to immediately address gun violence. 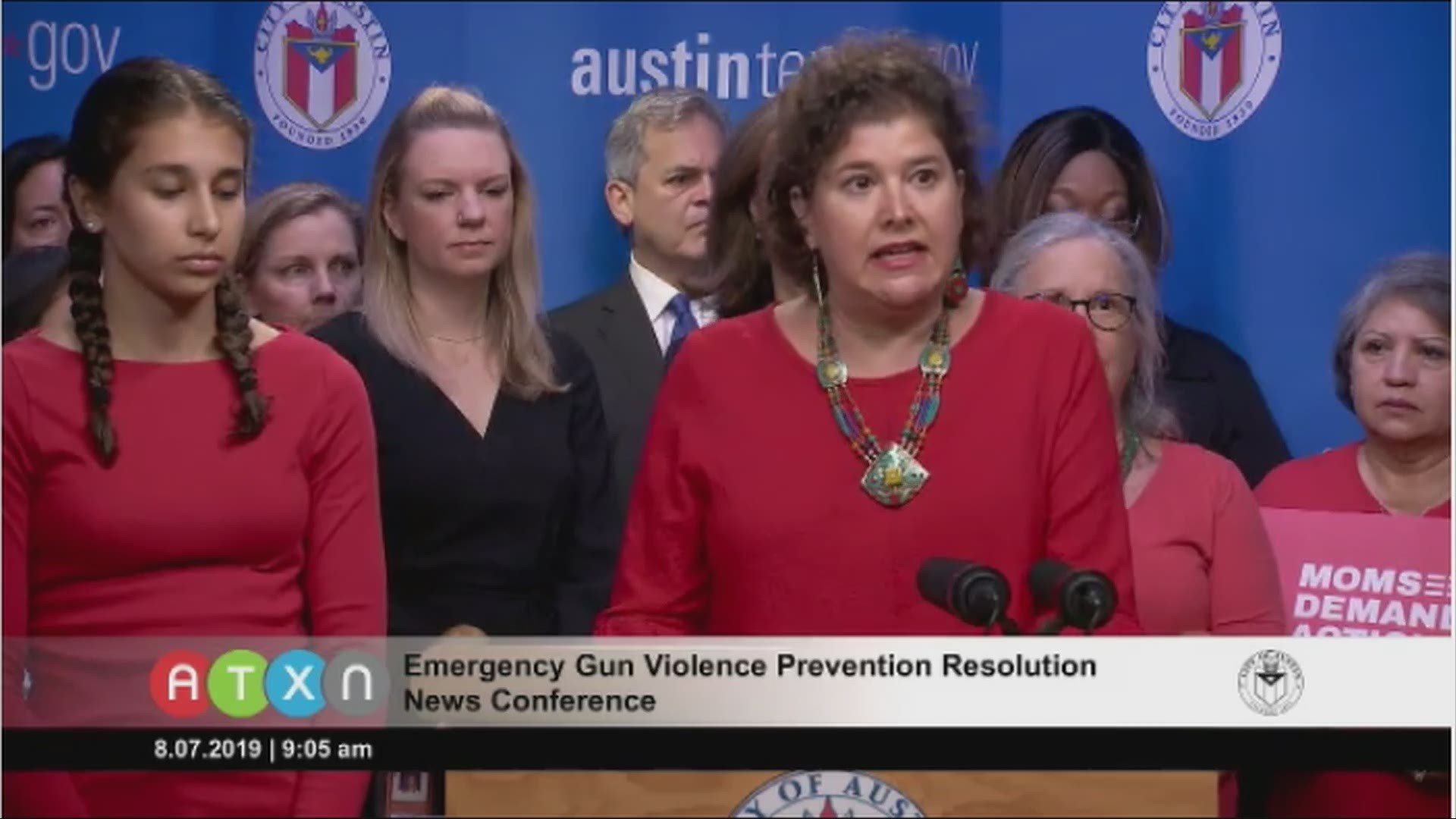 Over the weekend, two deadly shootings took place killing 31 people and injuring dozens. On Saturday, a gunman drove over nine hours to El Paso and opened fire inside a Walmart. Then, in the early hours of Sunday, a gunman fired into a crowd in Dayton, Ohio.

A press conference was held Wednesday morning calling for action from state and federal leaders to combat gun violence.

"Because of restrictions passed at the state and federal level, cities are limited on the tools they have to solve this crisis," Councilmember Alter said. "We need them to get to the important work, and we need them to do it now."

Mayor Adler chimed in, saying, "We know that ultimately the power to change things resides with our state leadership and with our national leadership, in the Senate and in the White House."

According to Mayor Adler, the shootings over the weekend bring the country's total number of mass shootings to 255.