The video game has made a few nods to the calls for racial justice happening nationwide. 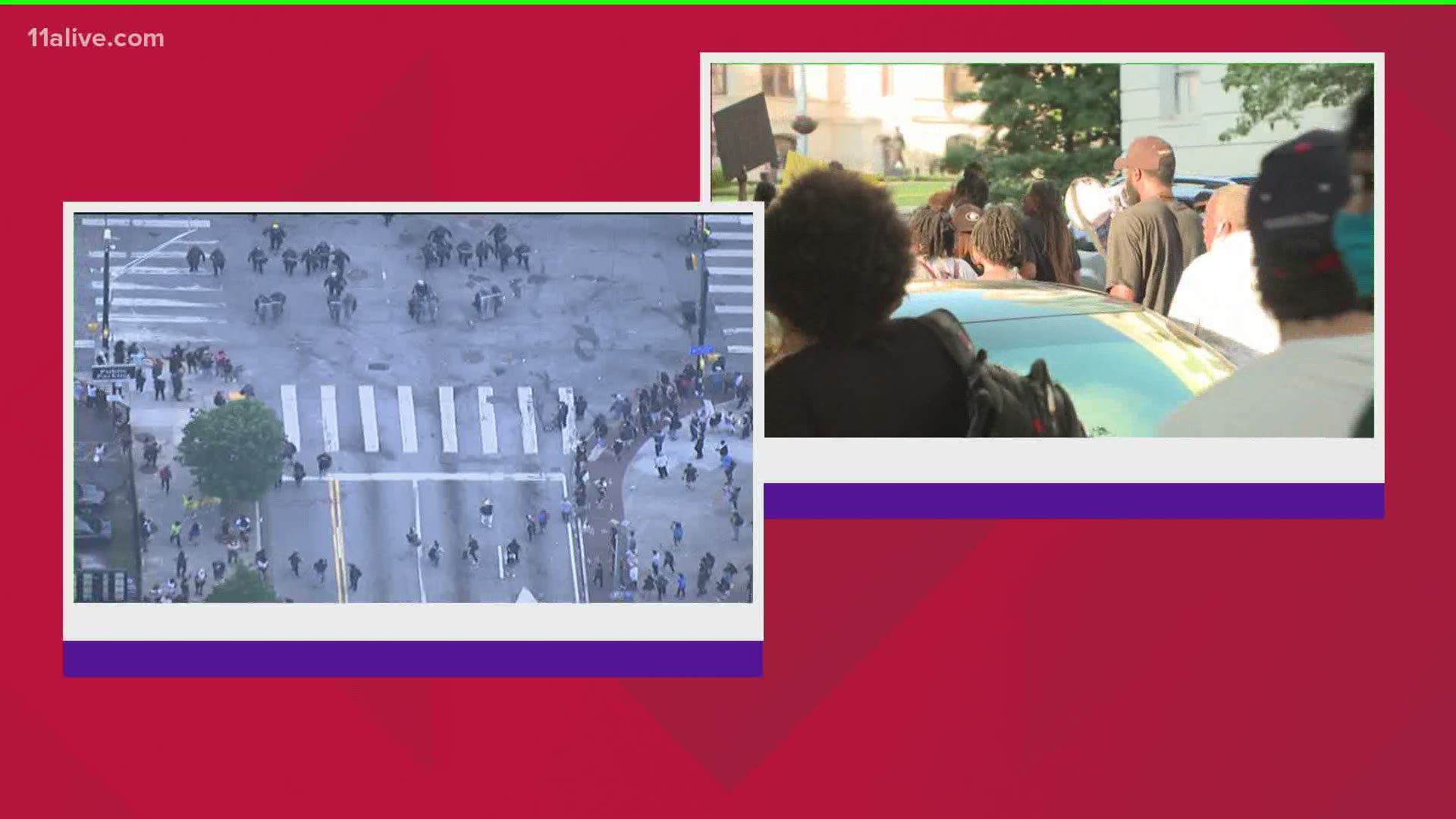 ATLANTA — NBA2K, the popular basketball video game, appears to have made a few nods to the calls for racial justice that have been spreading across the nation this week.

The in-game shows of support include Black Lives Matter attire for game characters and a suspension of online play today while George Floyd's funeral was happening.

Floyd's death, as well as those of Ahmaud Arbery and Breonna Taylor, at the hands of law enforcement or white individuals have resulted in a national outcry against police brutality and systemic racism.

RELATED: We asked them why they're protesting in Atlanta. This is what they said.

According to game screenshots posted on Twitter, today the game suspended all of its online play for two hours from 1-3 p.m. CT, the same time the Floyd funeral was being held in Minneapolis. That included an "In Memoriam" message on the game's home screen.

Another screenshot that spread on Twitter showed Black Lives Matter shirts players could use for their in-game character, which exists in a communal online world known as "the park."

NBA2K players even gathered their characters to stage a virtual protest in the park.

On Wednesday the NBA2K Twitter also posted a message announcing a $1 million increase in its 2K Foundations charity funding, to specifically address racial injustice. The post also said NBA2K was muting its channel in deference to protests.

This week we muted our channel out of respect for what's going on in the world.

We are increasing funding for our 2K Foundations program by an additional $1M and expanding its mission to help fight racial injustice and inequalities in black communities across the globe.

MORE ON THE PROTEST MOVEMENT

'It’s not safe for black boys to be out today': Atlanta mayor writes of fear for son on day protests began