With a new trend going viral every now and then, drinking chlorophyll is the new popular one that users on Tik Tok are taking part in. 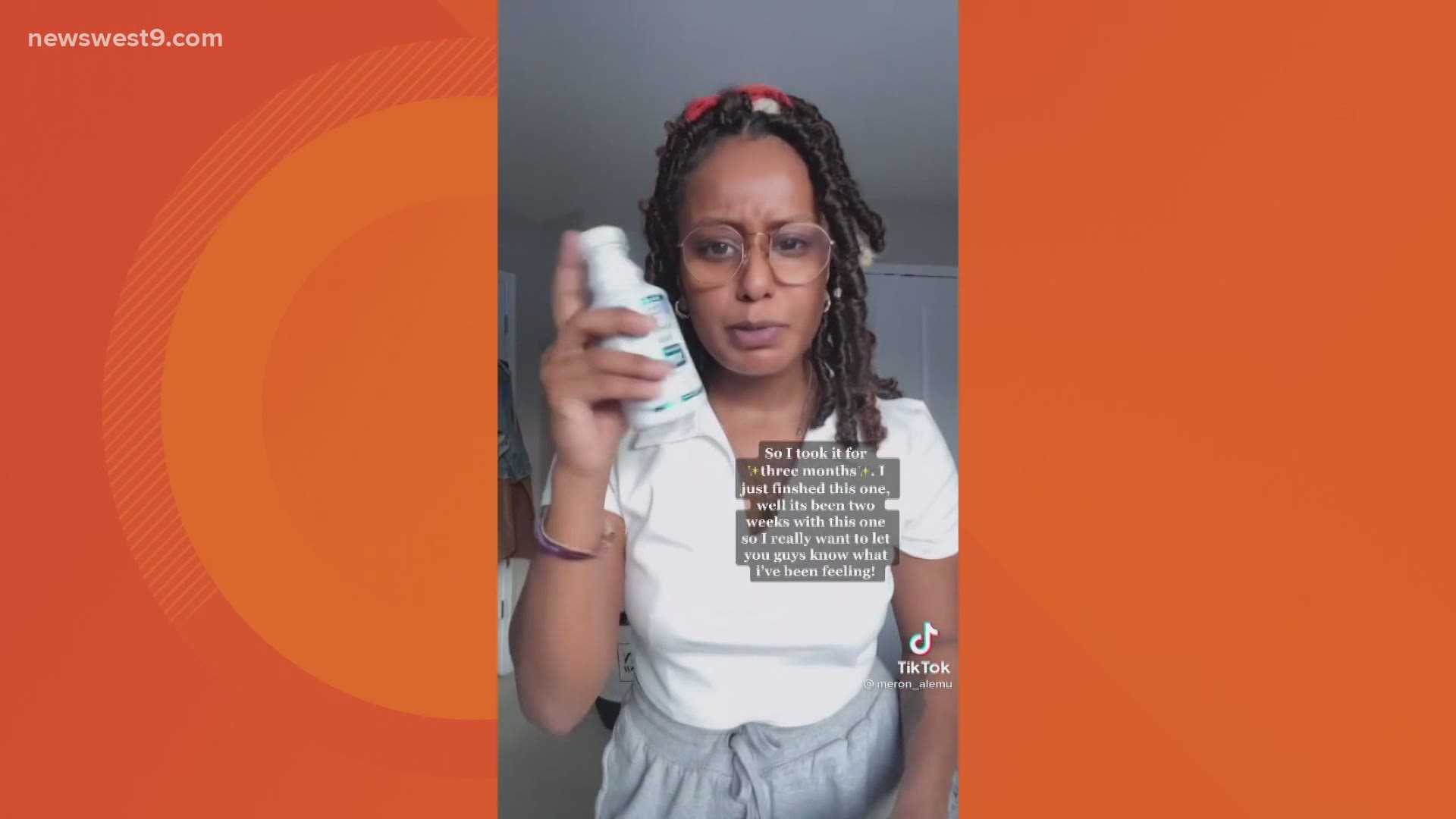 TEXAS, USA — The ice bucket challenge, the cinnamon challenge and the mannequin challenge, all popular challenges that garnered hundreds of thousands of view on social media.

Well here's a new one for you, drinking liquid chlorophyll. Yes, you heard correctly the same chlorophyll that we learned about in science class.

Private Practice Dietician Jaclynn Allen says, “chlorophyll is responsible for absorbing sunlight and helping the plant metabolize that sunlight so it can grow,"

People are drinking it under the guise that there are benefits for human health. In videos online their are claims that there are weight loss benefits, clearer skin and overall better health.

With the increase of people wanting to buy this liquid chlorophyll, store shelves are being wiped clean of this product.

"I’ve called some of my distributors I called a company that sells it or produces it and they have told me that it will be until May," says Joanna Hatley, Owner of Wanda's Health Food Shoppe.

"Normally whenever I order I can order anywhere from one bottle to 24 bottles at a time and so this is the first time I’ve ever experienced the companies not having it," says Hatley.

But is this high demand item even good for you?

"It sounds like a lot of benefits people are experiencing are because number one they are increasing the water intake," says Allen.

"I think that when you have proper hydration things do flow better, when you’re properly hydrated your skin does clear up because you’re hydrated. I think that a lot of it is more because you’re drinking water more than the actual chlorophyll component," says Allen.

The bottle of chlorophyll that people are mixing with their water isn't actually 100% chlorophyll.

Allen says, "the supplements that you’re buying is not true chlorophyll it’s chlorophyllin it’s a derivative of, so if you want chlorophyll, eat the plants."

Before you make an order and try it for yourself, health experts say do your research. Here's why:

"As a dietician I would prefer people eating dark leafy green vegetables and getting chlorophyll in that aspect because you’re going to be getting a wide array of different vitamins and minerals," says Allen.