Joseph Biggs, 37, is accused of helping organize members of the Proud Boys who stormed the U.S. Capitol Building on Jan. 6. 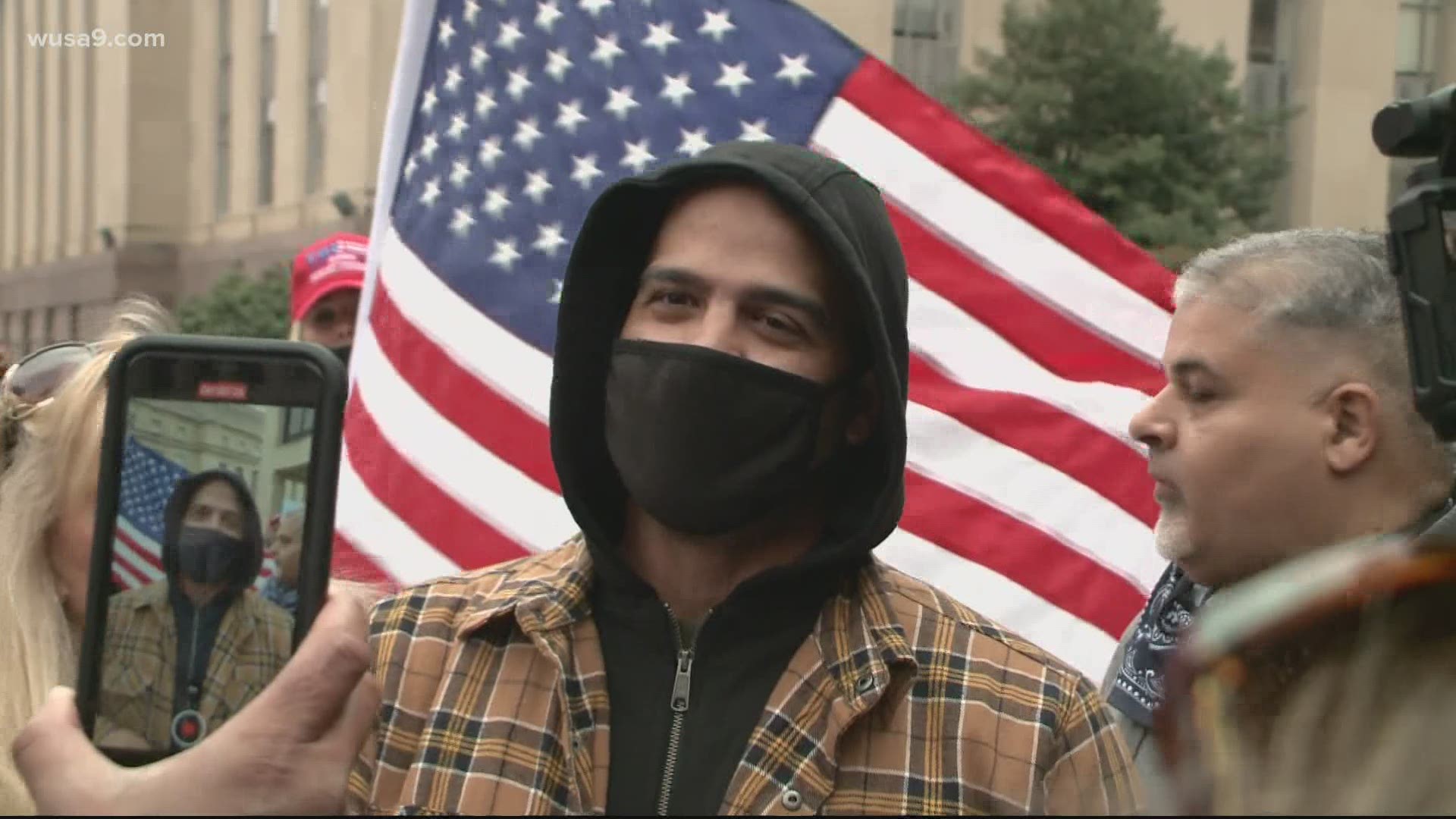 WASHINGTON — An organizer for the Proud Boys organization has been taken into custody in Florida in connection with the January 6 breach of the U.S. Capitol Building.

Joseph Biggs, 37, was arrested Wednesday on charges of impeding an official proceeding before Congress, entering a restricted building and engaging in disorderly conduct on Capitol Grounds.

According to a probable cause affidavit filed in the U.S. District Court for the District of Columbia, Biggs has claimed to have helped organize a number of Proud Boys events around the country. He was the main organizer of a 2019 rally in Portland, Oregon, that drew members of the Proud Boys, Patriot Prayer and other right-wing groups.

#ProudBoys organizer Joseph Biggs, shown here (green hat) in a photo from a 2019 PB/Patriot Prayer rally in Portland (courtesy my colleagues at KGW-TV), has been arrested in connection with the #CapitolRiot on Jan. 6. pic.twitter.com/PavRpreYNY

In the affidavit, investigators say they obtained communications showing Biggs, along with Proud Boys leader Enrique Tarrio – who was arrested on Jan. 4 in connection with the burning of a Black Lives Matter flag belonging to a D.C. church – helped organize Proud Boys to attend the Jan. 6 “Stop the Steal” rally at the Capitol.

According to the affidavit, Biggs posted instructions on the social media app Parler that Proud Boys should not wear “colors” to the rally, but rather dress incognito.

“We will not be attending DC in colors,” Biggs wrote. “We will be blending in as one of you. You won’t see us. You’ll even think we are you… We are going to smell like you, move like you, and look like you. The only thing we’ll do that’s us is think like us! Jan 6th is going to be epic!”

Investigators accuse Biggs of being part of a mob that overwhelmed a Capitol Police barricade, and also of being one of the first people into the Capitol Building after another Proud Boy, Dominic Pezzola – who is also now in custody – broke a window into the building, allowing a door to be opened.

According to the affidavit, photographs and videos taken during the event show a number of Proud Boys, including Pezzola and Biggs, had communications devices, including walkie talkies and earpieces, suggesting coordination.

In an interview with the FBI, Biggs reportedly admitted to entering the Capitol building on Jan. 6 without forcing entry, but denied having any knowledge of any pre-planning of storming the Capitol.

The Proud Boys, and Tarrio specifically, are now the subject of a civil rights lawsuit from the D.C. Metropolitan African Methodist Episcopalian Church over the destruction of its Black Lives Matter flag on Dec. 12.

We're tracking all of the arrests, charges and investigations into the January 6 assault on the Capitol. Sign up for our Capitol Riot Newsletter here so that you never miss an update.