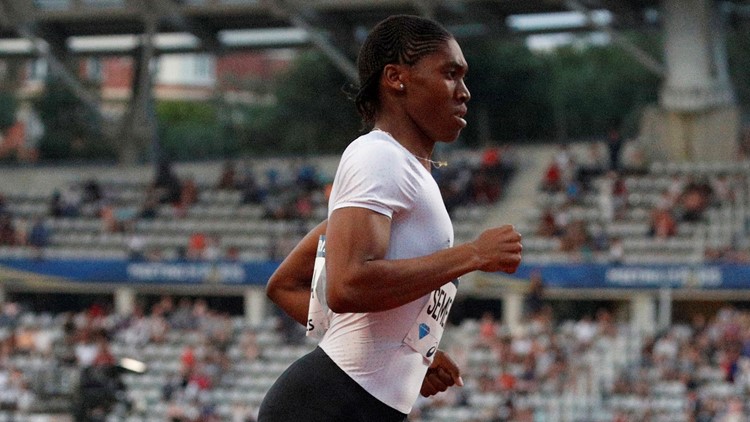 The Court of Arbitration for Sport's panel of three judges gave a complex verdict and "dismissed both requests for arbitration" from Semenya and the governing body of track and field.

In a landmark judgment, the court said the IAAF's proposed rules on athletes with "differences of sex development (DSD)" are discriminatory but should be applied.

The judges ruled 2-1 that "on the basis of the evidence submitted by the parties, such discrimination is a necessary, reasonable and proportionate means of achieving the IAAF's aim of preserving the integrity of female athletics in the Restricted Events."

Semenya, a two-time Olympic champion in the 800 meters, will now be forced to medicate to suppress her testosterone levels if she wants to defend her world title in September in Doha, Qatar.

Still, the CAS panel "strongly encouraged" the IAAF to note its concerns when it applies the rules — which the judges believe might have to be modified in future to be fair.

"Indeed, it may be that, on implementation and with experience, certain factors may be shown to affect the overall proportionality of the DSD Regulations," the court said.

The IAAF went into the case with the scientific argument that female runners with high testosterone levels have an unfair advantage in events from 400 meters to the mile.

However, the judges want the IAAF to apply the rules only up to the 800 because the evidence was not clear that women with hyperandrogenism have a competitive advantage in the 1,500.

"The CAS Panel suggested that the IAAF consider deferring the application of the DSD Regulations to these events (1,500 and the mile) until more evidence is available," the court said.

That could give Semenya a route to compete at the world championships without taking medication. She was the bronze medalist in the 1,500 at the 2017 worlds in London.

A further appeal is possible to Switzerland's supreme court in Lausanne. Federal judges rarely overturn CAS decisions but can intervene if legal process was abused.