Dozens of prominent parents, coaches and others have been accused or pleaded guilty in the bribery scandal. No one has yet been tried. 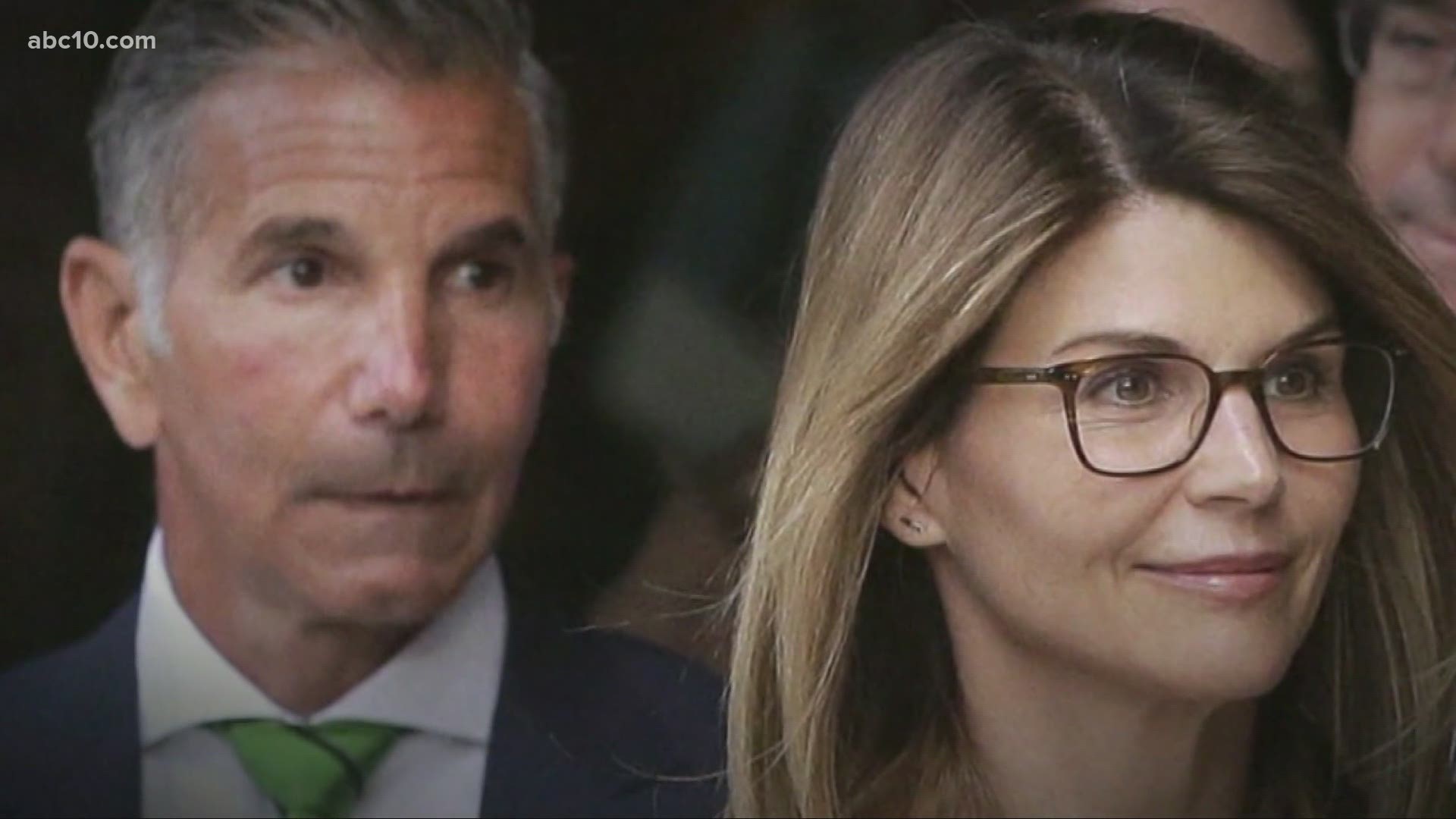 BOSTON — The first trial in the “Operation Varsity Blues” college admissions bribery scandal will begin this week, with the potential to shed light on investigators' tactics and brighten the spotlight on a secretive school selection process many have long complained is rigged to favor the rich.

Jury selection is beginning Wednesday in federal court in Boston in the case against two parents — former casino executive Gamal Abdelaziz and former Staples and Gap Inc. executive John Wilson — who are accused of paying hundreds of thousands of dollars to help get their kids into the University of Southern California by falsely presenting them as athletic recruits.

Though they were among dozens of prominent parents, athletic coaches and others arrested across the country when the case exploded into the headlines over two years ago, theirs is the first to go trial.

Defense attorneys are expected to argue that they believed their payments were legitimate donations and that USC's treatment of their kids was routine for parents with deep pockets.

“The government appears to want to present its one-sided evidence that the ‘school wasn’t okay’ with granting preferential admissions treatment for donations while at the same time blocking the defendants’ evidence that, in fact, the school was okay with this arrangement,” the two executives' lawyers wrote in a court filing.

Prosecutors say the defense is merely trying to muddy the waters in a clear-cut case of lying and fraud.

Since March 2019, a parade of wealthy parents have pleaded guilty to paying big bucks to help get their kids into school with rigged test scores or bogus athletic credentials. The group — including TV actresses Felicity Huffman and Lori Loughlin and Loughlin’s fashion designer husband, Mossimo Giannulli — have received punishments ranging from probation to nine months behind bars.

Now, prosecutors face the challenge of convincing a jury that two of the few remaining parents still fighting are guilty.

Abdelaziz, of Las Vegas, is accused of paying $300,000 to the sham charity run by the scheme's mastermind — admissions consultant Rick Singer — to get his daughter into USC as a basketball recruit. Prosecutors say Abdelaziz signed off an athletic profile that touted the girl as a star, even though she didn't even make the cut for her high school varsity team.

Wilson, who heads a Massachusetts private equity firm, is charged with paying $220,000 to have his son designated as a USC water polo recruit and an additional $1 million to buy his twin daughters' ways into Harvard and Stanford.

Prosecutors say Singer told Wilson he couldn't secure spots for both girls on Stanford's sailing team because Singer said the coach “has to actually recruit some real sailors so that Stanford doesn’t...catch on."

An attorney for Abdelaziz declined to comment ahead of the trial, and a lawyer for Wilson didn’t respond to messages seeking comment.

Defense attorneys have argued in court documents that their clients had no knowledge of any false information submitted about their children. They say USC can't be a victim of fraud because the school regularly rewarded donors by giving their kids special treatment in admissions.

Prosecutors have accused the defense of trying to turn the case into a trial on USC's admissions policies instead of whether the parents agreed to lie and trump up their kids' athletic credentials. USC has said it wasn’t aware of Singer’s scheme until 2018 when it began cooperating with investigators.

The judge told the defense at a recent hearing that “USC is not on trial." The parents’ attorneys would be allowed to introduce evidence that the school admitted other unqualified students whose parents donated, the judge said, only if the defendants were aware of it at the time they paid the alleged bribes.

Opening statements are expected on Monday. Among issues likely to influence jury selection is the wealth of the defendants.

Defense attorneys had sought to block prosecutors from introducing evidence about their incomes, wealth, spending or lifestyles, saying it would do nothing other than “unfairly prejudice the jury.”

But U.S. District Judge Nathaniel Gorton said such evidence could show the parents were motivated “to have their children admitted to elite universities so they could maintain or improve their status in the community.”

Singer, the admissions consultant who began cooperating with the FBI in 2018 and recorded his phone calls with parents, has pleaded guilty and was long expected to be a key witness for the government. But prosecutors have not yet said whether they intend to call him to the stand.

Defense attorneys have seized on notes revealed in court documents last year in which Singer claimed investigators told him to lie to get parents to make incriminating statements. In the notes Singer took on his phone in 2018, Singer said the agents instructed him to say he told the parents the payments were bribes.

The agents have denied pressuring Singer to lie, but putting Singer on the stand could present the defense with an opportunity to attack his credibility.

“He can be directly confronted on statements suggesting that he may have in fact been pressured in saying certain things ... which could be devastating to the prosecution if the jury believes that,” said Brad Bailey, a former federal prosecutor in Massachusetts who isn’t involved in the case.

But at the same time, not calling Singer could be even more problematic for prosecutors by allowing the defense “to raise more questions that really could result in reasonable doubt,” said Bailey, now a defense attorney.

Wilson is also fighting another legal battle after filing a defamation lawsuit against Netflix in April over its portrayal of him in its “Operation Varsity Blues” documentary.

Wilson’s lawyers wrote that Singer deceived him and insist that his son was not a fake athlete, but “an invited member of the United States Olympic water polo development program” with grades and test scores that "were more than sufficient to gain admission to USC.”

Another parent who was supposed to go on trial with Abdelaziz and Wilson pleaded guilty last month to paying $500,000 to get her son into the USC as a football recruit though he wouldn’t really play on the team. Marci Palatella, the chief executive officer of a California liquor distribution company, was the 33rd parent to plead guilty in the case.

Three other parents are scheduled to go to trial in January.

The sprawling Varsity Blues case has been prosecuted out of Boston since authorities there began investigating the scheme years ago thanks to a tip from an executive targeted in a securities fraud probe.