Ahead of impeachment trial, Trump suggests not having it 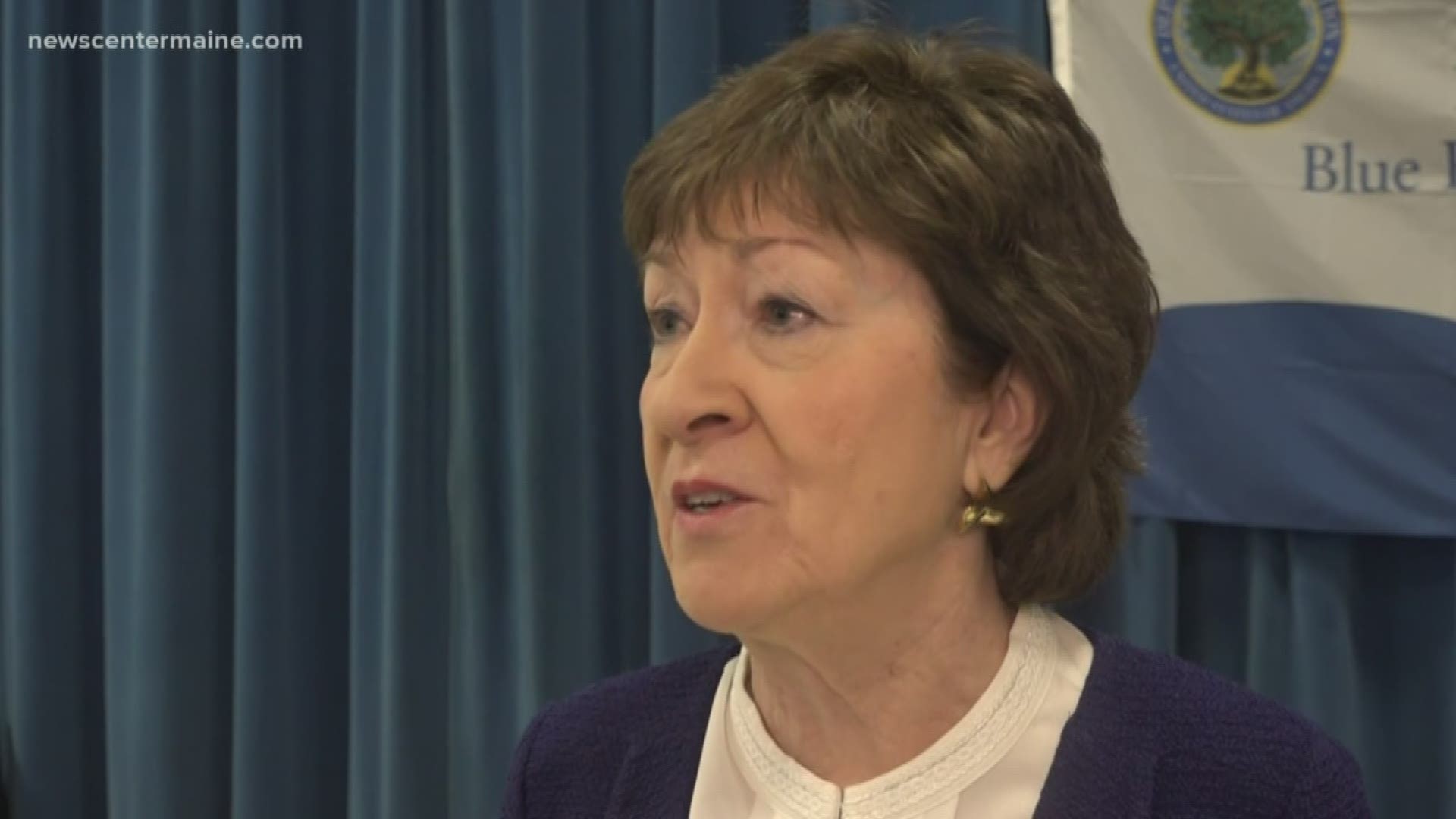 WASHINGTON — President Donald Trump says the Senate should simply dismiss the impeachment case against him. It's an extraordinary suggestion as the House is poised to transmit the charges to the chamber for the historic trial.

Trump first suggested his own ideas for trial witnesses. He faced off with House Speaker Nancy Pelosi this weekend ahead of his trial in the Senate. She says senators will “pay a price” if they block new witnesses from testifying. He countered that she and House Intelligence Committee Chairman Adam Schiff should also appear.

Now, he is saying almost the opposite. In a Tweet, the president said the trial shouldn't happen at all.

"Many believe that by the Senate giving credence to a trial based on the no evidence, no crime, read the transcripts, 'no pressure' Impeachment Hoax, rather than an outright dismissal, it gives the partisan Democrat Witch Hung credibility that it otherwise does not have," he wrote. "I agree!"

The House expects to transmit the articles of impeachment against Trump this week.

The possibility of dismissing the charges against Trump is unlikely. The Republican leader of the Senate, Mitch McConnell, has signed on to a plan to dismiss the impeachment charges but does not have enough Senate support for it.

Trump was impeached on charges of abuse of power and obstruction of Congress over his actions toward Ukraine.

Trump tweeted on Sunday that he did nothing wrong.

There are several things to watch for ahead of Trump's Senate trial.

The Senate is poised to launch a tightly choreographed trial of the articles of impeachment against the president, but there are questions about some details of the proceedings.

They'll be based on the 1999 trial against President Bill Clinton. That trial provided periods for the prosecution and defense to make their cases and for senators to ask questions.

But as with the Clinton trial, the Trump proceedings will begin without a decision whether to call witnesses.

RELATED: VERIFY: No, Trump can't run for a 3rd term if Senate voted against impeachment

RELATED: VERIFY: How a Senate impeachment trial will differ from the House hearings

The Associated Press reports that Trump will be summoned.

The rules call for the Senate to summon him in terms the combative president isn’t likely used to hearing.

According to a template in the Senate rules, Trump is summoned to appear “... then and there to abide by, obey, and perform such orders, directions, and judgments” according to the Senate, the Constitution and the laws.

“Hereof you are not to fail,” Trump will be instructed.

His lawyers can appear for him.

Senators take an oath, by which they “solemnly swear (or affirm, as the case may be)” to “do impartial justice according to the Constitution and laws: so help me God.”

During the Clinton trial, senators also lined up to sign their name in an oath book that is now stored at the National Archives. It is expected to be brought out again for Trump’s trial.

The practice began in 1986, according to the Senate historian’s office. The pages are blank; the senators create a list by signing their names.

If the Senate agrees to allow witnesses, they could first be deposed. The Senate would decide which, if any, witnesses testify.

During the Clinton trial, former White House intern Monica Lewinsky was deposed privately but not called to testify. She and Clinton had had an extramarital relationship, they both said.

A template for the witness subpoena, included in the Senate rules, summons them to appear before the Senate.

However, first Pelosi must send the Senate the articles of impeachment. She says that process will begin this coming week.

The standoff over when to move the articles of impeachment against Trump to the Senate appears to be wrapping up.

Pelosi said the House will take steps to transmit them, a move that ends a three-week standoff but confronts the Senate with only the third trial in U.S. history to remove a chief executive.

The Senate trial could start as early as next week.

And as it nears, Trump is keeping a discredited Ukraine theory alive.

The conspiracy theory years in the making is being pushed by the president and his allies. That discredited theory blames Ukraine, and not Russia, for plotting to keep him out of the White House in 2016.

High-ranking U.S. security officials, including Trump's FBI director, say there's nothing to support those claims. In fact, U.S. intelligence services agree Russia is the one that interfered in the 2016 elections.

Still, the unsupported claims have muddied an impeachment case against Trump sparked by his request that Ukraine investigate Democrat Joe Biden, who could become Trump's 2020 election opponent and whose son sat on the board of a Ukrainian company.