President Trump tweeted that Esper will be replaced by Christopher Miller, the director of the National Counterterrorism Center. 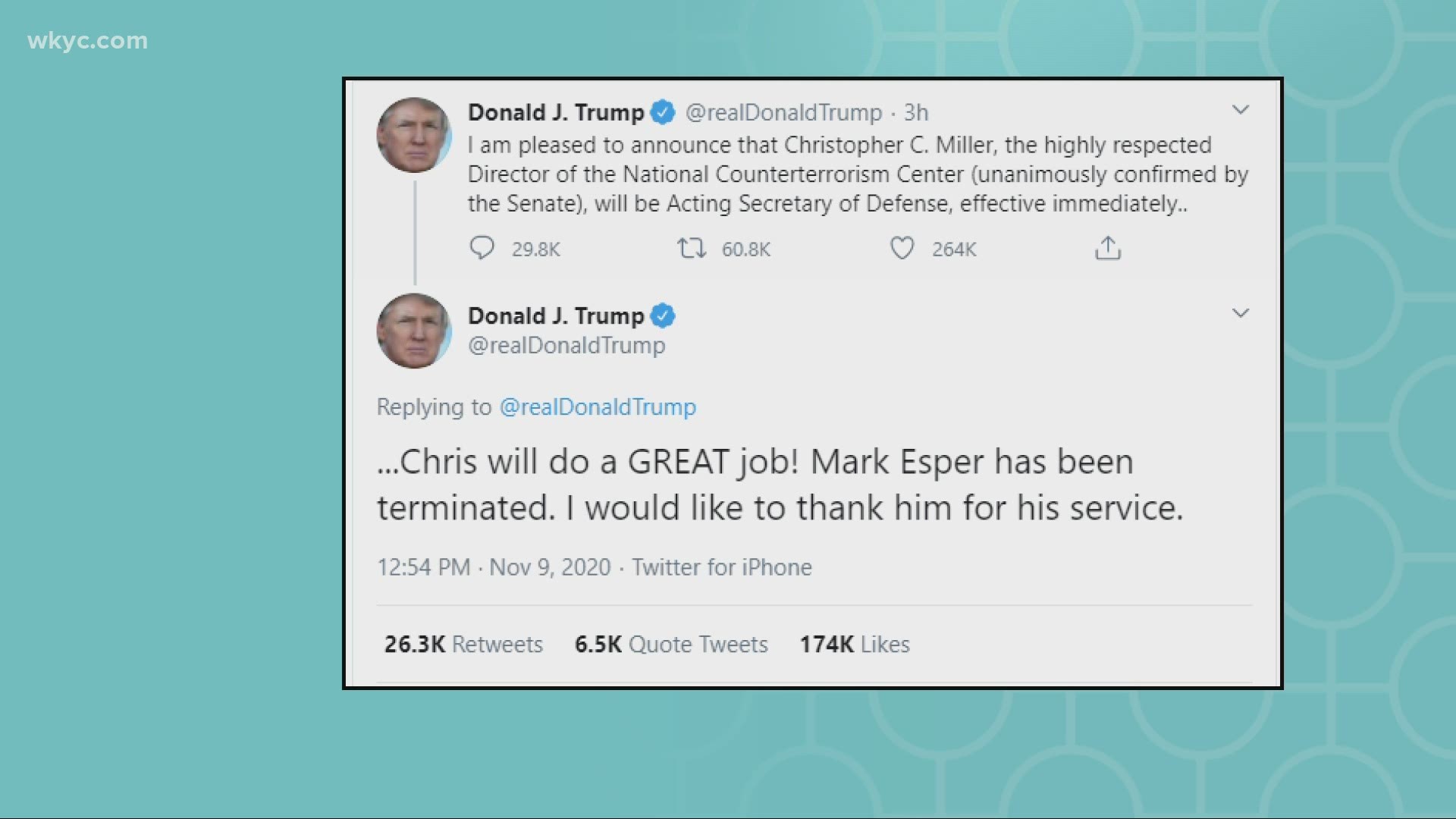 It's a stunning move on the heels of Trump’s failed reelection bid. It could also unsettle U.S. allies and partners. The conventional wisdom is that stability atop the Pentagon and the military be maintained during a possible transition to a new administration. Esper was Trump's second defense secretary, succeeding Jim Mattis, who resigned in 2018.

Trump said on Twitter that Christopher C. Miller, the Director of the National Counterterrorism Center will be the Acting Secretary of Defense.

"Chris will do a GREAT job," Trump tweeted. "Mark Esper has been terminated. I would like to thank him for his service." Trump noted that Miller had been "unanimously confirmed by the Senate" to his counterterrorism position.

Esper was sworn in as the Secretary of Defense in July of 2019.

...Chris will do a GREAT job! Mark Esper has been terminated. I would like to thank him for his service.