The 78-year-old Vermont senator tapped into support from Nevada’s large Latino community, but tensions are escalating over if he's too liberal to beat Trump. 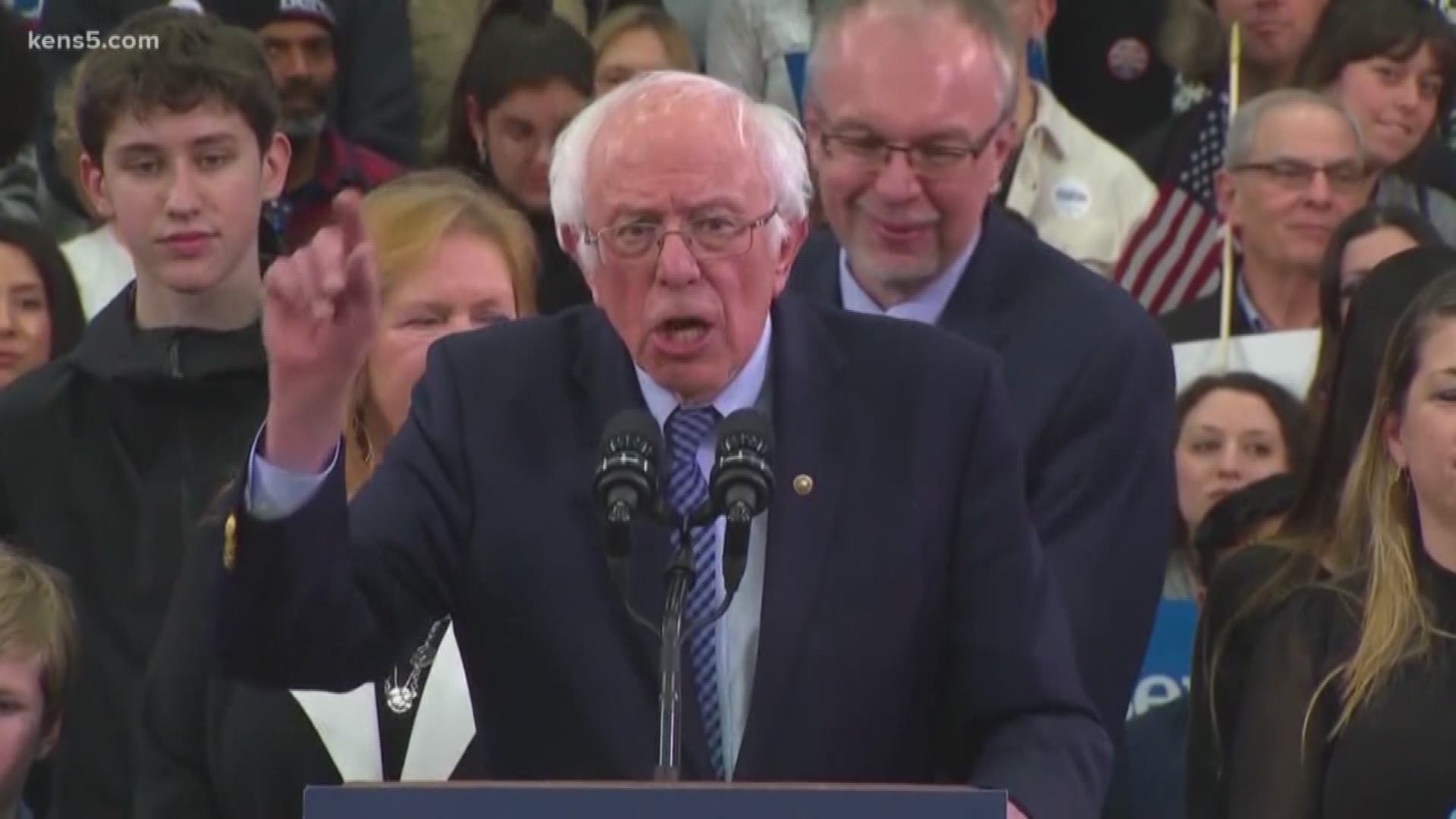 LAS VEGAS — Bernie Sanders has won the Democratic presidential caucuses in Nevada, solidifying his front-runner status heading into South Carolina next week and, more importantly, into the critical Super Tuesday primaries on March 3.

Sanders has scored a resounding victory. His win on Saturday cements his status as the Democrats' national front-runner, though it's also escalating tensions over whether he’s too liberal to defeat President Donald Trump.

The 78-year-old Vermont senator successfully rallied his loyal base and tapped into support from Nevada’s large Latino community as the Democratic contest moved for the first time into a state with a significant minority population.

The party's more-establishment-minded members have been unable so far to unite behind Pete Buttigieg, Joe Biden or Amy Klobuchar, helping Sanders pull away. Sanders had held the lead in Nevada based on very early returns.

But one thing Sanders did not do was significantly grow the electorate, and that could undermine one of his core arguments for being the candidate best suited to challenge President Trump. Still, nearly all of Sanders' opponents remain splintered and under-funded to compete across the Super Tuesday states on March 3. That will create extraordinary pressure to consolidate moderate support to stop Sanders.

Presidential candidates made their last urgent pleas as voters in Nevada were preparing to weigh in. The state's first-in-the-West caucuses tested the candidates' strength with black and brown voters for the first time in 2020, after contests in overwhelmingly white Iowa and New Hampshire.

Sanders, a self-described democratic socialist, has gone to Texas, where he addressed about 1,500 supporters in El Paso as the results came in from the Nevada caucuses. Later on, celebrating his victory hundreds of miles away, Sanders took the stage before thousands of cheering supporters inside the Cowboys Dance Hall in San Antonio on Saturday night and declared, “We’re going to win this election. Early voting is already underway in Texas, one of the Super Tuesday states holding contests March 3.

Before his El Paso campaign event, Sanders visited a memorial for the victims of the Aug. 3 shooting that left 22 dead and about two dozen injured. That’s according to a local politician who addressed the crowd before Sanders took the stage. Another 2020 contender, Mike Bloomberg, also said he visited the memorial before his rally this month.

The Nevada caucuses are the third contest in the Democratic presidential race. The state's caucuses are young, with this being only the fourth iteration there.

The political focus Saturday was on the 200 locations across the state that were hosting presidential caucuses. Among caucus locations are seven casino-resorts on the Las Vegas Strip.

Nevada Attorney General Aaron Ford is a Democrat who's not endorsing a candidate. He says the state “represents an opportunity for these candidates to demonstrate their appeal to a larger swath of our country.”

All eyes have been on the process after the lead-off Iowa caucuses yielded a muddy result marked by error.

Saturday's caucuses are the first since technical glitches and human errors plagued Iowa's kickoff caucuses. The state party added to its responsibilities by offering early voting — something Iowa didn't attempt.

RELATED: Here's how the Nevada caucuses work and why we may not have a result Saturday

RELATED: Fact check of Trump statements from the past week

RELATED: US officials briefed Bernie Sanders on Russia trying to help his campaign

Sanders won New Hampshire by 22 points back in 2016, but only gained a narrow victory this year over Buttigieg.

Sanders and Biden have held themselves out as the champions of organized labor for a long time.

One of the most powerful forces in the state of the Nevada is the Culinary Union, the body which represents service workers in the hotel and casino industry. The union decided not to endorse a candidate this time.

RELATED: 2016 again? Russia back to stirring chaos in U.S. election