Push to reopen schools could leave out millions of students

Unions say their members and students should be back in schools only when it's safe — and that could be harder to achieve in cities. 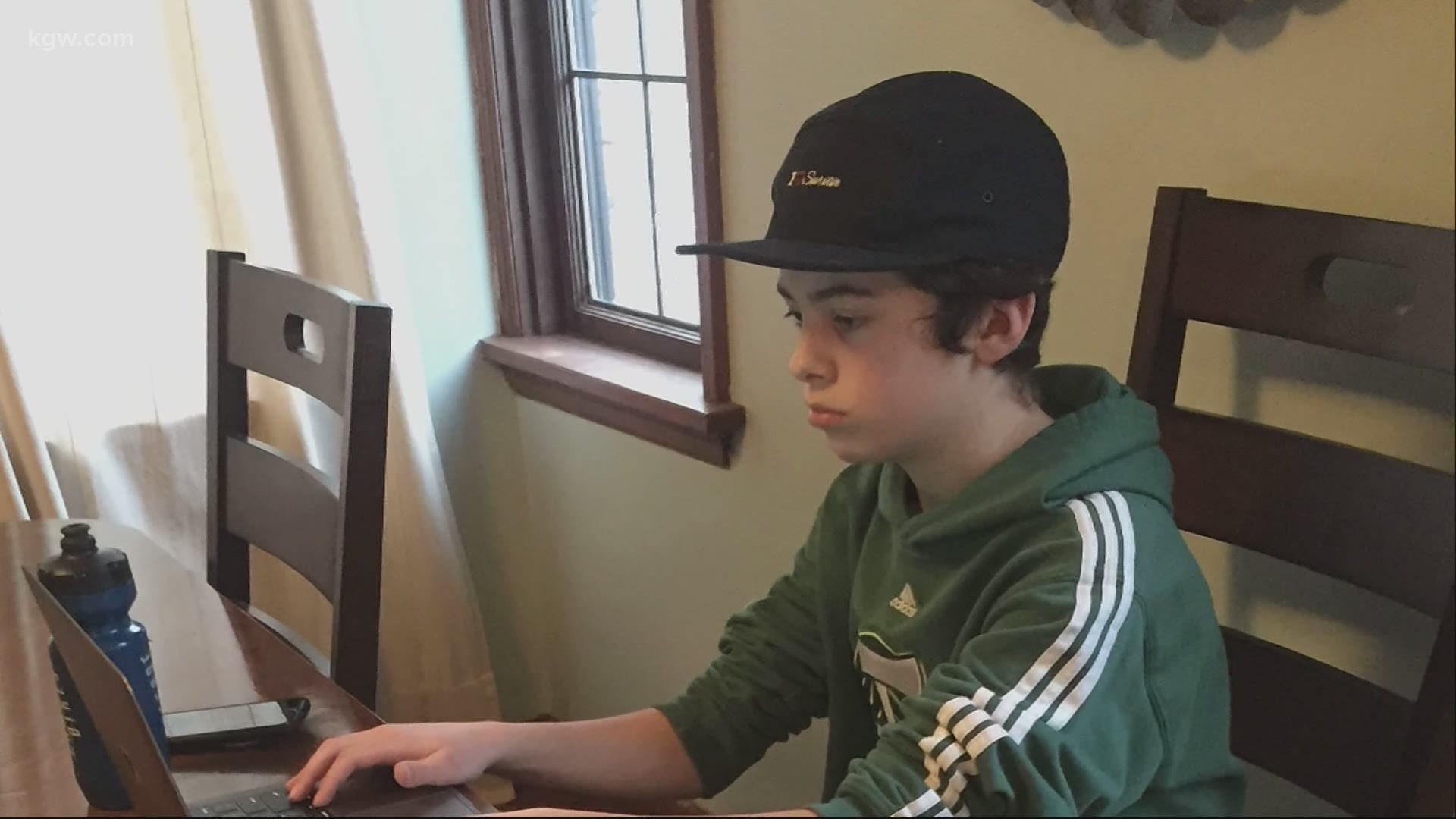 President Joe Biden says he wants most schools serving kindergarten through eighth grade to reopen by late April, but even if that happens, it is likely to leave out millions of students, many of them minorities in urban areas.

"We're going to see kids fall further and further behind, particularly low-income students of color," said Shavar Jeffries, president of Democrats for Education Reform. "There's potentially a generational level of harm that students have suffered from being out of school for so long."

Like some other officials and education advocates, Jeffries said powerful teachers unions are standing in the way of bringing back students. The unions insist they are acting to protect teachers and students and their families.

In a call Thursday evening with teachers unions, Dr. Anthony Fauci, the federal government's top infectious disease expert, said the reopening of K-8 classrooms nationally might not be possible on Biden's time frame. He cited concern over new variants of the virus that allow it to spread more quickly and may be more resistant to vaccines.

Biden is asking for $130 billion for schools to address concerns by unions and school officials as part of a broader coronavirus relief package that faces an uncertain fate in Congress. If his reopening goal is realized, millions of students might still have to keep learning from home, possibly for the rest of the school year.

California was an epicenter of infection in the first part of January, and public health officials say many of the state's districts are in areas where transmission remains too high to reopen. But a statewide group called Open Schools California is pushing for reopening as soon as public health standards are met.

"I think that data will bear out that the children who have been most disadvantaged are going to be low-income children, Black and brown children, children with special education, learning differences, homeless and foster youth," said Megan Bacigalupi, a mother of students in the Oakland public schools and one of the organizers.

It's hard to tally exactly how many schools are open in person now because of the size and diffuse nature of the nation's school system — and because districts' approaches change frequently.

By early January, about a third of students in a sample of 1,200 U.S. school districts were in schools where classes had been held exclusively online since last March — many of them in cities. By last week, more than half of students were enrolled in schools where in-person learning was at least an option, according to Burbio, a data service tracking school-opening policies.

For the first time since shuttering schools in March, Atlanta began returning the youngest and special education students to some in-person learning last week. Other districts planning to reopen by early March include Clark County, Nevada, which includes Las Vegas; Kansas City, Missouri; Boston and the big Ohio school systems.

Jeffries acknowledges that there are reasons it's harder to open schools in cities: They're more densely populated, meaning the virus can spread faster; more people rely on public transportation, a potential hot spot for contamination; and more parents have front-line jobs that could expose them, and, in turn, their children, to the virus.

But he said the major obstacle to reopening city schools is political. "The teachers unions tend to be pretty obstinately opposed to going back to school," Jeffries said.

In Chicago, only prekindergartners have been in school so far. This week, the Chicago Teachers Union voted  to teach online only in a showdown with the district over plans to bring students to school starting Feb. 1. The union has authorized a strike if school officials retaliate, but negotiations are continuing.

Claiborne Wade, 31, has three children in the Chicago Public Schools system, ages 10, 9 and 7. Wade believes the district is not quite ready to reopen schools, and he favors distance learning for now.

Even so, he said minority students in large urban districts have fewer resources for online learning. He's seen students from more affluent schools get a laptop and a tablet, and even a desk, while his kids only have a laptop to work with. Having both a laptop and tablet helps because the students can see their teacher on one screen and follow along with instruction materials on another, he said.

"It's been going on for years, even before the pandemic hit," he said. "We've always been at the bottom of the totem pole, in receiving resources that we need."

Public health officials increasingly say  that virus transmissions in schools are low, so long as measures such as mask-wearing and social distancing are in place — even if teachers and other school staff have not received vaccinations.

On Jan. 21, Maryland Gov. Larry Hogan, a Republican, declared: "There is no public health reason for school boards to be keeping students out of school. None."

This past week, Maryland State Education Association President Cheryl Bost wrote to Hogan, saying his statement "would be laughable if it were not so dangerous." She said the coronavirus is not predictable and that dangers are heightened with the spread of new mutations. Infection risks increase when people gather indoors for long periods.

Randi Weingarten, president of the American Federation of Teachers, said it could be safe to return to schools in the spring semester with rigorous testing programs in place and the option for students and educators to remain online if they choose to.

"Teachers know how important in-person instruction is, but we have to make it safe. Testing and vaccination, as well as masking and distancing, are crucial, as are accommodations for educators at risk," she said in a statement last week.

Keith Benson, president of the Camden Education Association, which represents teachers in a New Jersey city with a long history of poverty, crime and high dropout rates, said conditions are different in the city than outside it. The schools there plan to keep buildings closed until at least April.

"What keeps someone safe in a suburban area is not the same thing that would keep folks safe here," Benson said, adding that while remote learning is not ideal, he believes students will be able to catch up eventually.

Dr. Lavanya Sithanandam, a pediatrician who practices in the Maryland suburbs of Washington, said she has seen a record number of children and teenagers with mental health issues since online learning began in her area more than 10 months ago.

"Initially, many physicians, including myself, were very hesitant about kids returning to school," she said. "But as the data evolved, many of us have realized that school reopening is incredibly important."

Most of her patients are children from lower-income minority families. She said students she sees from private schools where classes are being held in person tend to fare better than their public school peers in terms of mental health.

"They've done the basics of masking, distancing, sometimes the windows being open. With that, they've been able to minimize any outbreaks," she said.

Grace Lovelace Guishard, a second grade teacher, also has three children enrolled in Maryland's Montgomery County public schools, a large and racially diverse district where classes are to remain all virtual until at least March 15, a schedule that will depend on the spread of the virus.

She said schools cannot take shortcuts in preparing to reopen and believes teachers must have the right to refuse to work if they believe conditions are unsafe. That also means ensuring that students like hers, many of whom come from Spanish-speaking households, will have equal treatment.

"Any plan for reopening schools needs to be centered around equity for all," she said.

RELATED: County receiving more COVID vaccine doses after one provider suspended for giving them to teachers