Most memorable red carpet looks from the past year

From the Grammy's to the Met Gala and the Oscars, there have been some extravagant red carpet outfits over the past year. 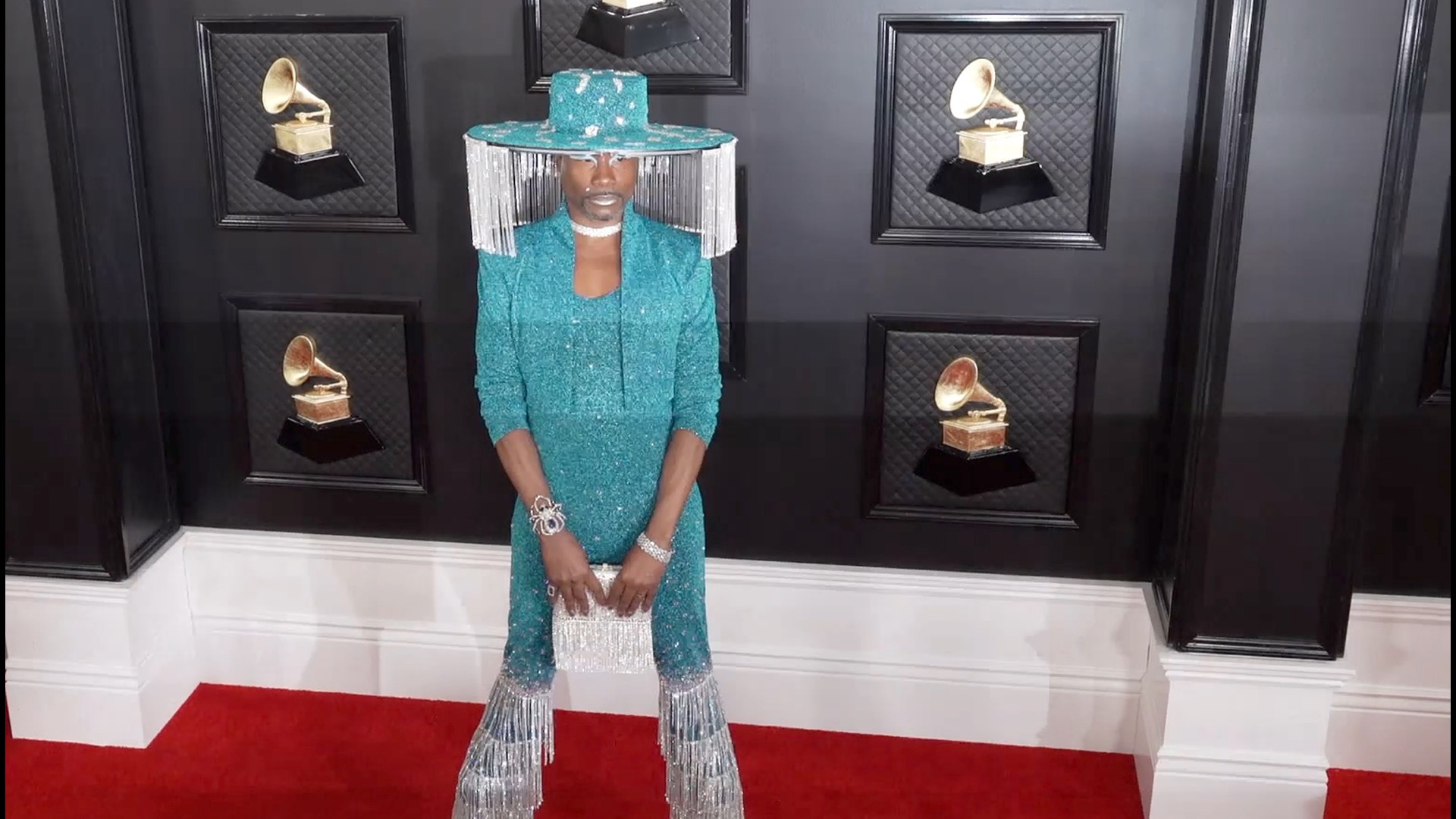 Whether it's the Academy Awards, the Grammy's, the Golden Globes or the Met Gala, audience eyes are often fixated on the red carpet. Over the past year, everyone from reality stars to actors made some big splashes during some of the biggest shows of the year.

Lady Gaga is known for her over-the-top costumes, but she may have outdone herself with her 2019 Met Gala look.

She didn't just show up in just one outfit, she instead rocked four outfits as she made her way down the red carpet and into the event.

She accidentally paid tribute to the late actress Judy Garland during the 2019 Golden Globes. Wearing a large sky-blue Valentino gown, many thought she was trying to honor Garland by wearing a dress similar to the one worn in the 1954 version of A Star is Born.

Gaga said it was a happy accident saying "it looks an awful lot like it, doesn't it?"

Rap sensation Cardi B made a splash during the 2019 Grammy Awards with a 1995 Thierry Mugler archival dress.

Credit: Jordan Strauss/Invision/AP
Cardi B arrives at the 61st annual Grammy Awards at the Staples Center on Sunday, Feb. 10, 2019, in Los Angeles.

Later that year, Cardi B wore a massive Thom Browne gown to the Met Gala. Her dress was so heavy that it required a team of five men to carry the train.

It could be argued that no one was a bigger red carpet sensation last year than Broadway star Billy Porter.

RELATED: Billy Porter claps back at his haters after Oscars gown criticism

His velvet tuxedo gown at the 2019 Oscars had everyone talking. Porter, the breakout star of the boundary-expanding FX series "Pose," spent awards season using fashion as political art, as he described it to the Associated Press.

During the Met Gala, Porter showed up with six shirtless attendants and unveiled a pair of golden wings.

Porter most recently shined at the Grammy's with a remote-controlled veil made with 70,000 crystals, according to the Hollywood Reporter.

Singer Katy Perry also came out with a fascinating look at the Met Gala in 2019. Perry showed up as a walking chandelier with working lights.

Kim Kardashian may have gotten her start in reality television, but she has come to embrace fashion in a big way. At the Met Gala, Kardashian showed up in a custom Thierry Mugler dress.

Actor and singer-songwriter Jared Leto went to the Met Gala this past year, but came with a familiar guest. Leto showed up in a red gown with a replica of his own head.

Singer-songwriter Joy Villa has stunned Grammy viewers in past years with her dresses. Villa, an outspoken supporter of President Donald Trump, has worn several pro-Trump outfits, including a "Make America Great Again" dress during the 2017 Grammy Awards.

In 2019, Villa attended the Grammy's wearing a white dress with the words "build the wall" on the back. At this years' awards, Villa addressed the impeachment of President Trump head on with a dress that read "Trump" on the front and "impeached and re-elected" on the back.